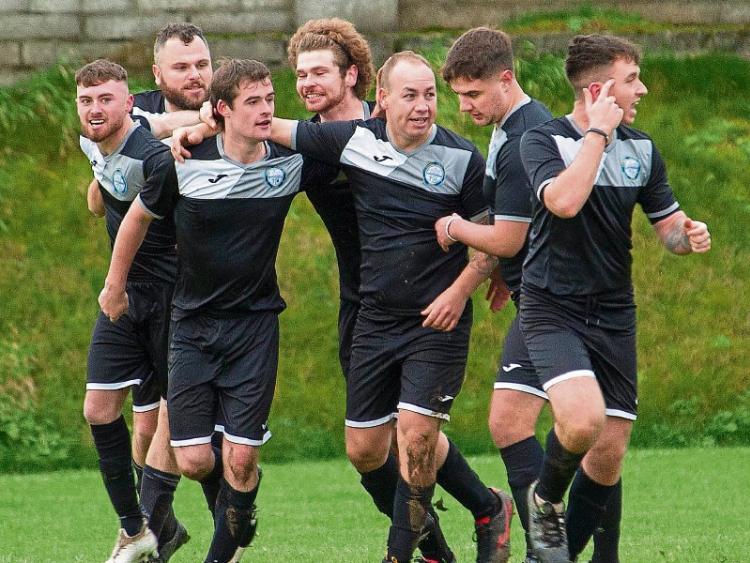 Clonmel Celtic B players celebrate after taking a 2-1 lead against St Nicholas's of Sologhead in Sunday's Division 3 Shield Final.

Clonmel Celtic came from behind to pick up the first silverware of the season after a Shane Butler hat-trick was enough to overcome a brave St Nicholas side at Danny O’Dwyer Park in Solohead on Sunday last.

The game was played on a bitterly cold day, but the home side produced a very well turned out pitch that was a credit to all involved especially after the very poor weather in recent times.

On the field of play the visitors had the first real chance of the game when they were awarded a free kick that was punched away to safety by the home keeper from a Kyle Kennedy strike in only the third minute of the game.

Ten minutes later the home side were awarded a free kick in a similar position at the opposite end of the pitch and Mark Flannery gave the Celtic keeper no chance with a delicious strike to the net.

Unshaken by this Celtic then forced Mark Lowry in the Saints goal to pull off a fantastic save four minutes later, with the former FAI Cup winning keeper throwing himself full length across the goal to push the effort past the post. 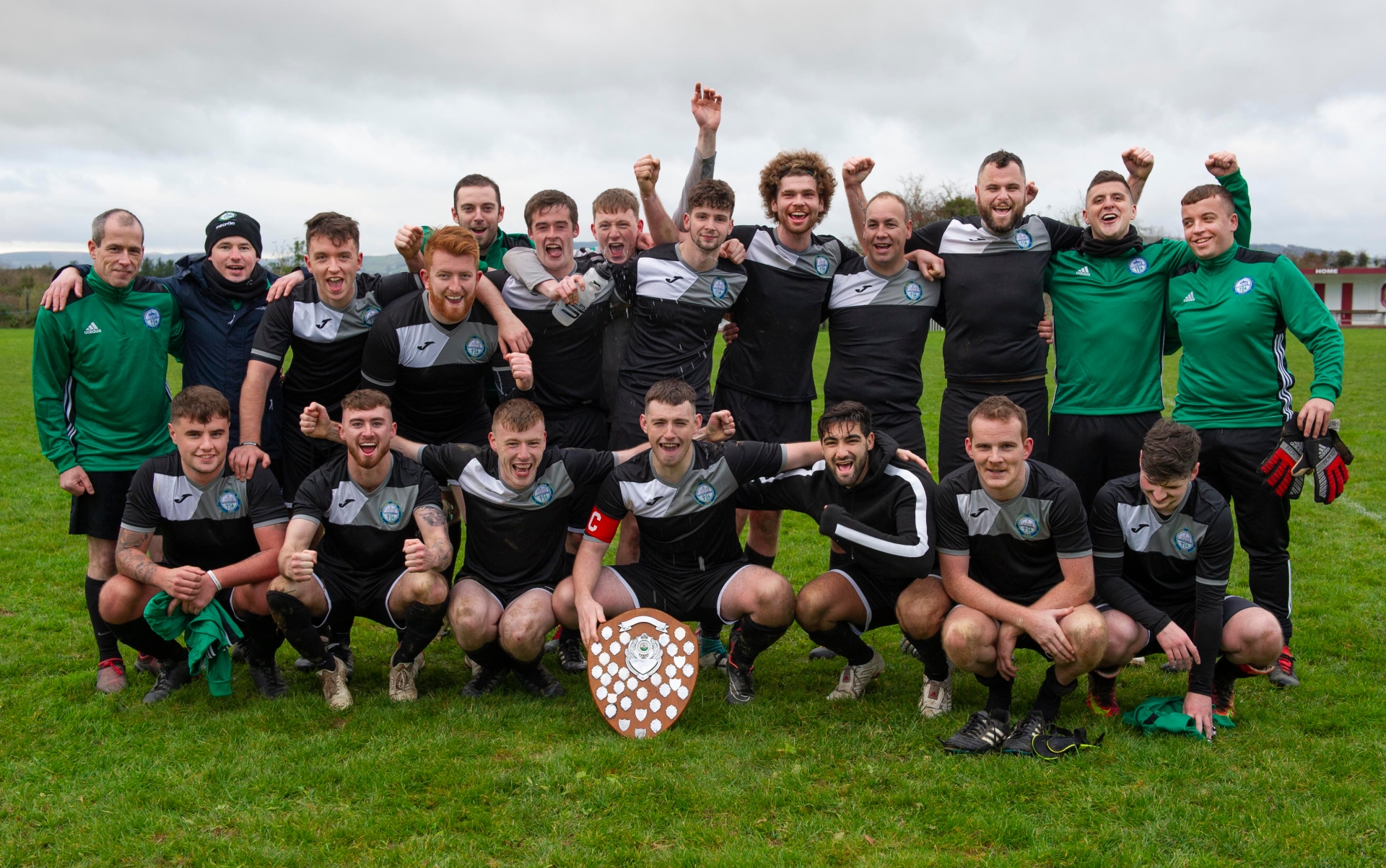 Clonmel Celtic B celebrate after their 3-1 Division 3 Shield final win over St Nicholas's in the final played on Sunday last at Danny O'Dwyer Park, Bohertrime. Shane Butler scored all three goals for the winners

The home side claimed to have stopped to wait for the penalty kick, but after consulting with his officials the referee awarded the goal and the game was level.

The setback spurred the home side on and they had some chances after that before Eoin Riordan had the ball in the Celtic net just after the half hour mark. Alas for the home striker the assistant referee’s flag was already up and the goal didn’t stand.

The final act of the half went to the home side again but the Celtic keeper clawed out a headed effort from under the bar just before the break and the sides went in level at half- time.

The second half was only five minutes old when Saints substitute Jack Downey thought that he had put his side back in front, with a magnificent rasping shot that almost broke the foot of the post before rebounding out. And the rebound fell to the feet of on-rushing fellow striker Philip O’Doherty whose effort from six yards was brilliantly saved by Celtic keeper Gavin Sheehan to the amazement of all in the watching crowd.

Just after the hour mark the hosts brought on Aaron Ryan and he almost became a hero with his first touch after running onto a long ball and ending up one on one with the keeper, but his effort was snatched and scuffed and gathered easily by Sheehan.

St Nicholas’s were finally made to pay for their misses in the 68th minute when Damon Gregory hit a rasping shot that came back off the post and rebounded to Shane Butler unmarked, and he made no mistake from only six yards out into an empty net.

What Tipperary teams progressed in the Munster Junior Cup at the weekend?

After this the Clonmel team displayed all their footballing nous and controlled possession and aggression to give the home side very few chances to get themselves back into the game.

With three minutes left to go Clonmel Celtic made absolutely sure of the win when a ball into the area found Butler unmarked and he hooked an effort over Lowry and into the net for his hat trick and a very well celebrated win.