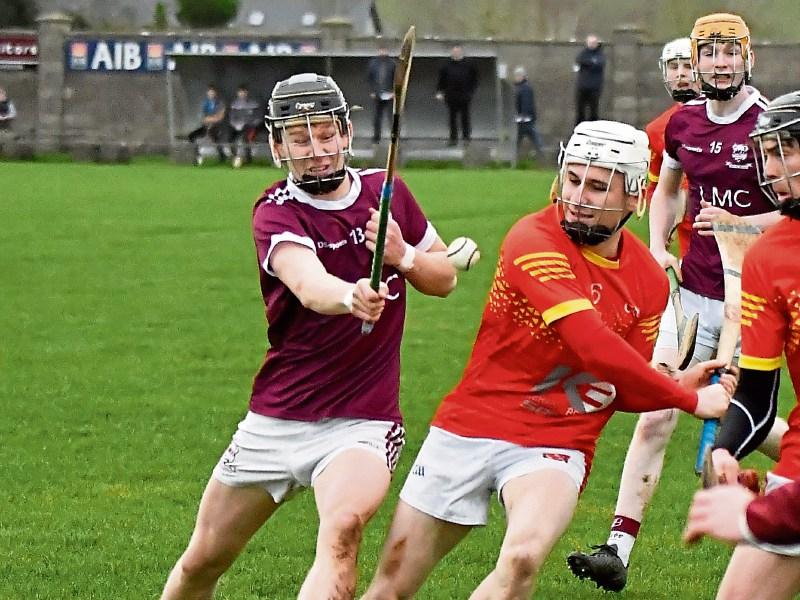 Killenaule captain Killian O'Dwyer gets his clearance away despite the challenge of Ballingarry's Kieran Lyons in the Clonmel Oil South Tipperary Under 21 'A' Hurling Championship Final.

In an exciting final played at Monroe on Saturday afternoon, Ballingarry were crowned Clonmel Oil South Tipperary under 21 ‘A’ hurling champions for 2019 following a tremendous victory over near-neighbours and arch-rivals Killenaule on a 1-16 to 1-11 scoreline.

Before a good attendance, Ballingarry took the challenge with intensity to the reigning champions from the first minute and maintained that fighting spirit right to the final whistle and were fully deserving of their victory. Their first success in this grade since 2011, the win also gave them sweet revenge against Killenaule to whom they lost in the decider twelve months ago.

With the aid of the strong wind at their backs Ballingarry started well and were 0-4 to 0-1 up after a frenetic opening five minutes, two Dylan Walsh frees book-ending fine points from team captain Conor Vaughan and Kieran Lyons. Killenaule’s opening score in that period came from Mark Stakelum.

An Eoin Barry point from the half-way line reduced the deficit to two points before Ballingarry suffered a major setback in the ninth minute with the straight red carding of centre-back Jack Pollard for a dangerous pull on Gus Browne. Referee Noel Cosgrave, in making the correct call, stamped his authority on a game from the outset.

The resultant free by Darragh Fitzgerald and another soon afterwards, from distance, by Ciaran O’Dwyer had Killenaule back at 0-4 apiece after 12 minutes. And it got even better a minute later when lively corner-forward Darragh Fitzgerald pointed from a very tight angle to give his side the lead.

Now with a numerical advantage, a point ahead, and still with a full second half of a strong wind to come, 'The Robins' looked to be in a good place to go and retain their divisional crown.

Ballingarry's Man of the match Dylan Walsh who would finish the game with nine points all from placed balls - excellent on a day of a difficult breeze - tagged on three frees over the next few minutes. In reply points from play for Killenaule from Gus Browne and Darragh Fitzgerald, who was proving a serious threat at top of the right, kept it all square.

With matters level at 0-7 each after 21 minutes, the game saw its second red card. This time the referee’s attention was drawn by his umpires to an off-the-ball incident and this year’s Killenaule South minor winning captain Darragh Fitzgerald received his marching orders to level up numbers at 14 apiece.

Killenaule hit the front again in the 28th minute with Eoin Barry scoring from a difficult angle but the team in maroon finished the first half as they began, in a hurry, scoring three points in four minutes from Aidan Ryan (after a brave blockdown by Eoin Pollard), Declan Hayes and a superb effort from midfielder Conor Vaughan.

At the break Ballingarry went in 0-10 to 0-8 up, the sides having been level on six occasions in the opening period. With the elements at the backs of Killenaule for the second half it looked like a titanic struggle lay ahead before the destination for the Kieran Flynn Memorial Cup would be decided.

A rousing '65' by Dylan Walsh into the wind two minutes after the restart gave further oxygen to the Ballingarry cause and it took Killenaule six minutes to open their account against a mean defence, Paudie Feehan turning well to slot over a point for the holders. 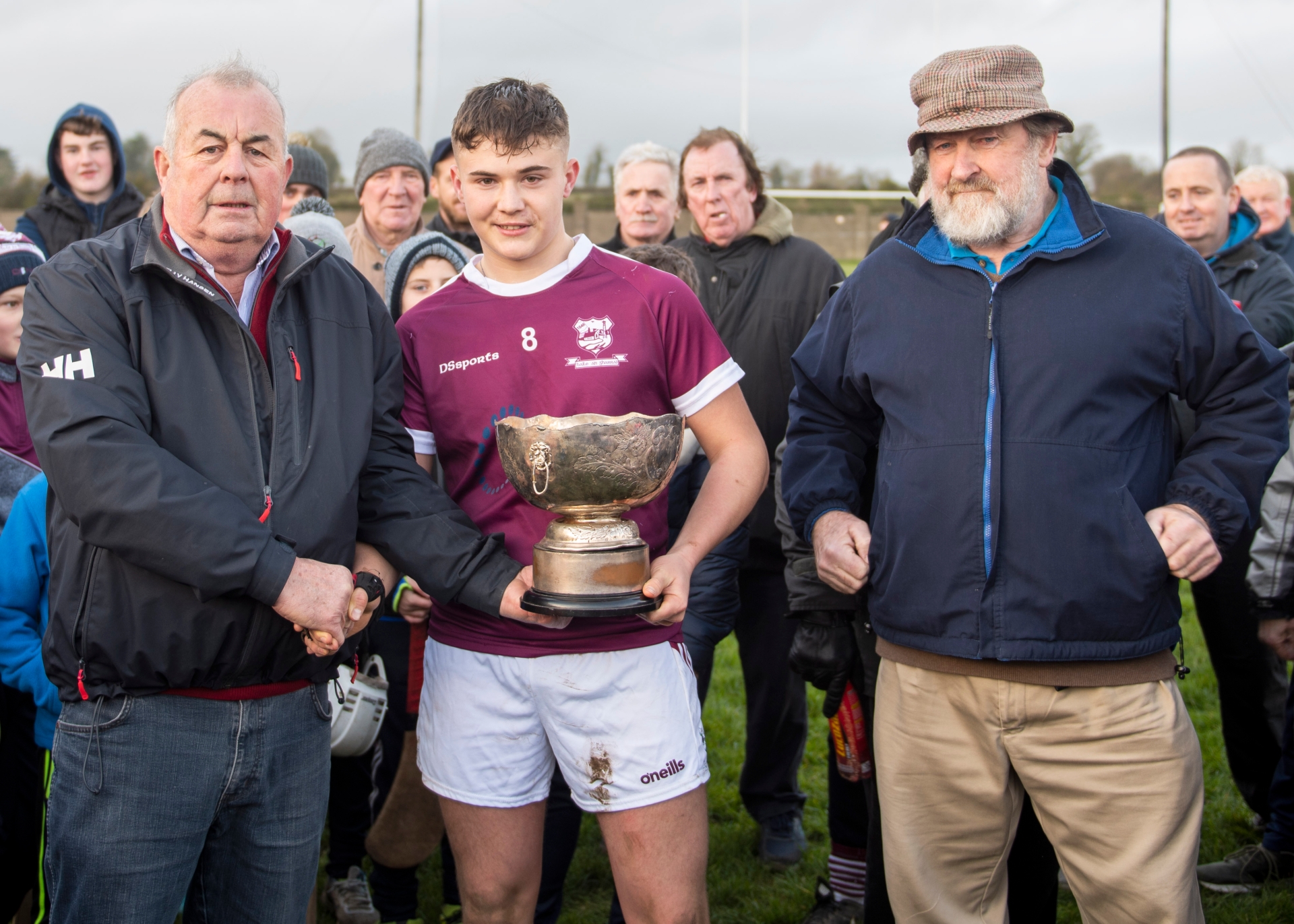 A minute later the Patrick Fennelly managed Killenaule got the boost they needed with a goal. A long delivery was won on the endline by Eoin Shaw who battled his way past his marker to create space and beat David Walsh in the Ballingarry goal with a close-in rocket. It gave 'The Robins' back the lead at 1-9 to 0-11 and threw down the gauntlet to Ballingarry once more.

Hurt by the concession of this goal, Ballingarry responded emphatically within three minutes. A powerful solo run out of defence by the excellent Richie Ivors delivered a long pass into Kieran Lyons who in turn forced a superb save from goalkeeper Graham O’Connor. However, opportunistically in a flash Patrick Byrnes was on hand to poach home the rebound and Ballingarry would never look back after that 40th minute green flag.

For the next ten minutes, against the breeze, Ballingarry out-fought their neighbours everywhere and had the next four scores to themselves to push their lead out to 1-15 to 1-9 by the 50th minute. Three of those four points came from Dylan Walsh frees while the other was a superb point from play. Demonstrating the maroons growing confidence, a patient build-up and a well-executed crossfield pass found its way to Conor Vaughan who split the posts.

That six points advantage for Ballingarry left Killenaule with a hill to climb over the last 10 minutes or so and in that duration all they could realise were two frees from Ciaran O’Dwyer and Eoin Barry, with another couple of placed balls off target. Those misses accentuated the positive contribution of Dylan Walsh’s freetaking for Ballingarry who didn't hit a single wide in the whole of the second half and had just five over the full hour. 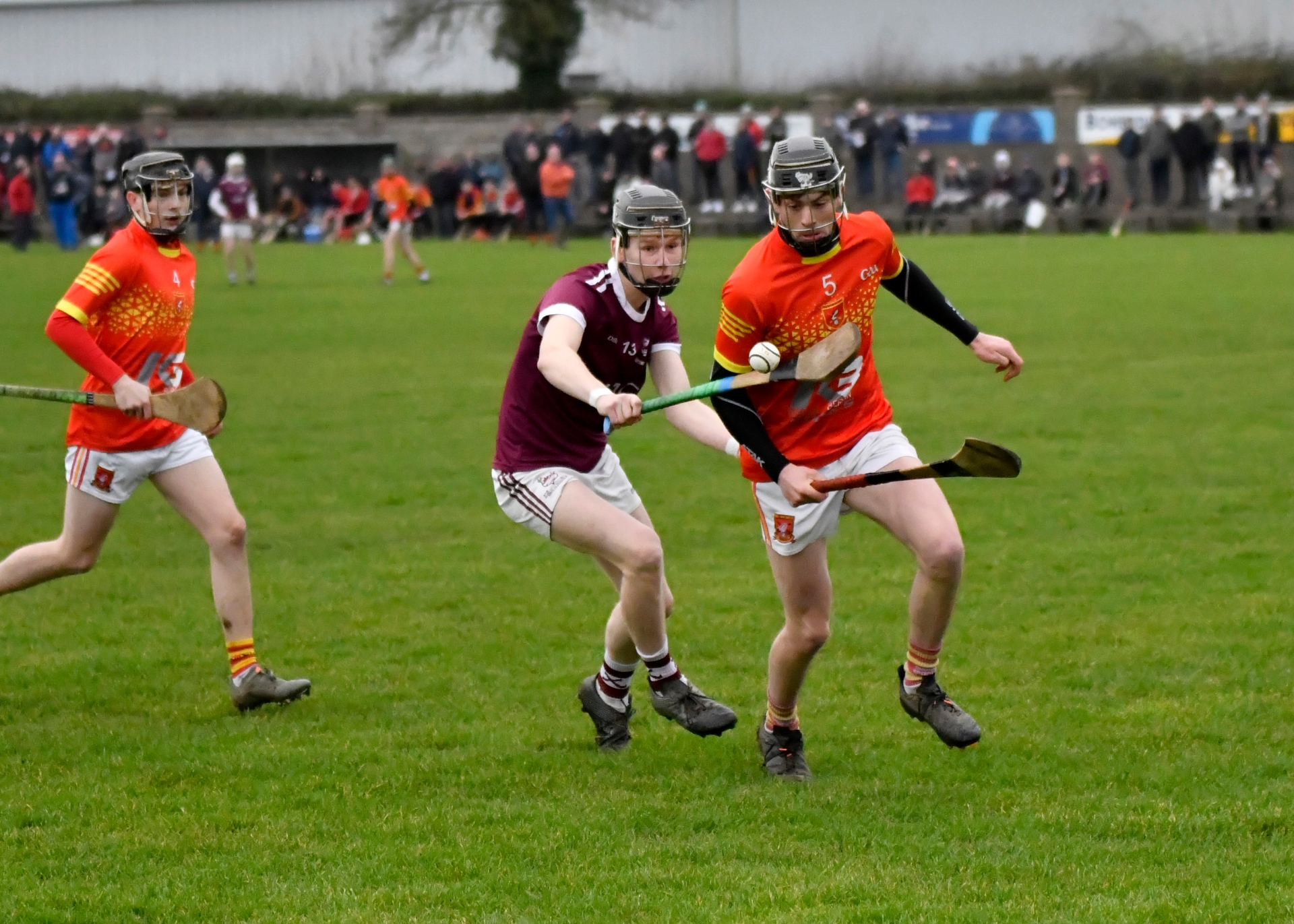 Ballingarry's final point came eight minutes from time from Paudie Maher after another intelligent crossfield pass by Patrick Byrnes to set up the score. Ballingarry seemed to have the knock-how in the opening of the Killenaule defence and also the ability to tick off the scores that little bit easier when the opportunity arose.

At the final whistle a huge shout of joy went up for the victors enjoying the sweetness of overturning their neighbours in a divisional final in which they had started as outsiders.

For Ballingarry there were many excellent displays but none more so that Dylan Walsh who was omnipresent and worked his socks off, as well as being faultless on the frees. David Walsh was sound in goal and got through his workload well, the defence were trojan with Richie Ivors in particular putting in a great shift while Eoin Pollard, Brian Norton, Kieran Lyons and Paudie Maher all had their moments in a hard-working forward division. Patrick Byrne took his goal opportunity well.

For Killenaule it was a disappointing day where they just seemed a little short of the workrate and commitment of Ballingarry. They too had some excellent performances with the likes of Killian O’Dwyer, Jack Hassett, Ciaran O’Dwyer, Paudie Feehan and Eoin Barry to the fore. Darragh Fitzgerald who had started well and was a thorn in the side of Ballingarry with three early scores was a huge loss with his straight red card after 22 minutes. It was a big lesson to be learned for an obviously extremely talented young hurler.

Well done to the referee Noel Cosgrave who called it as he saw it, straight up; no one could have any real complaints with those big calls. 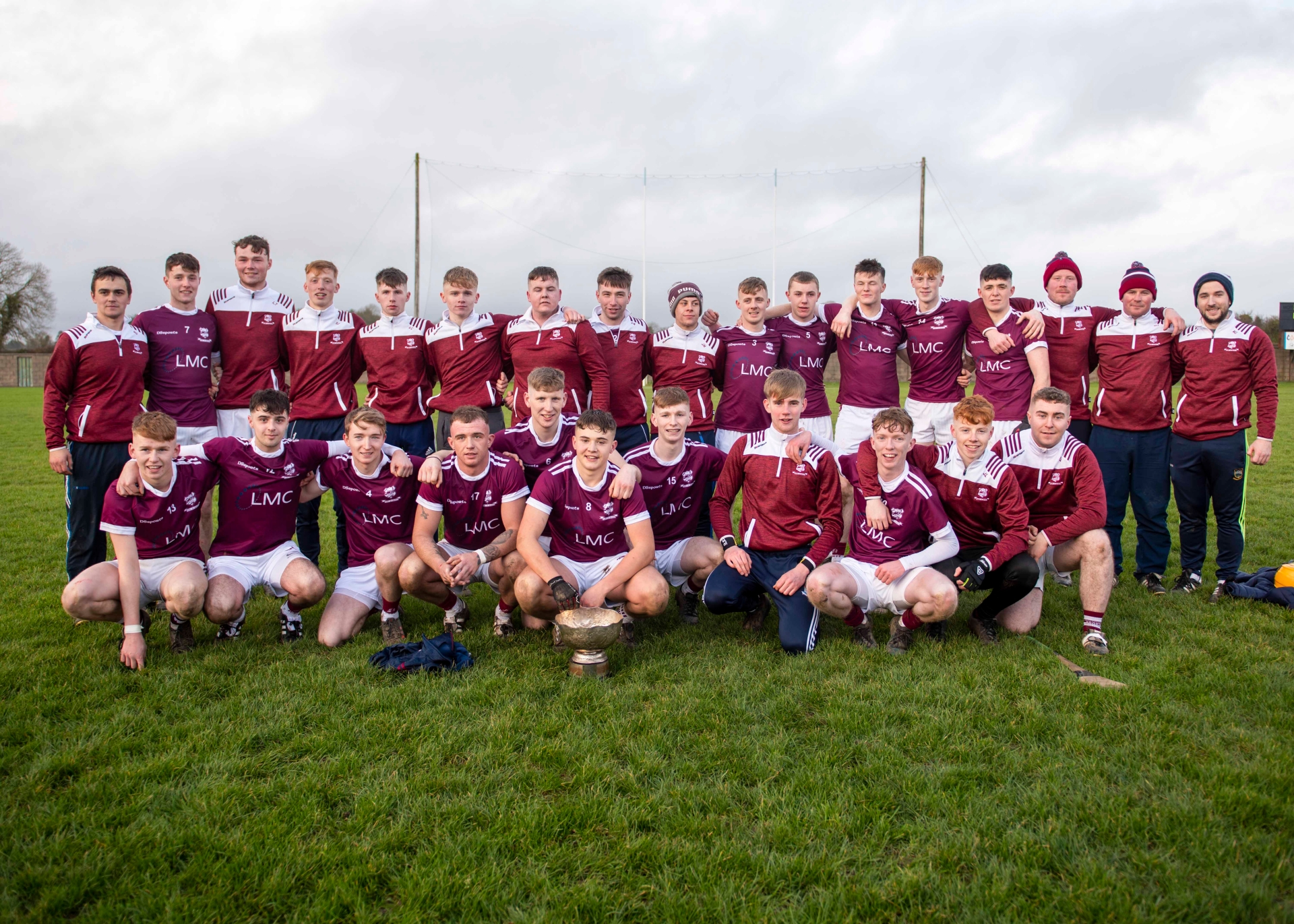 The successful Ballingarry team celebrate their win over Killenaule in the Clonmel Oil South Tipperary Under 21 'A' Hurling Championship final played at Monroe on Saturday last. (All images by Michael Boland).