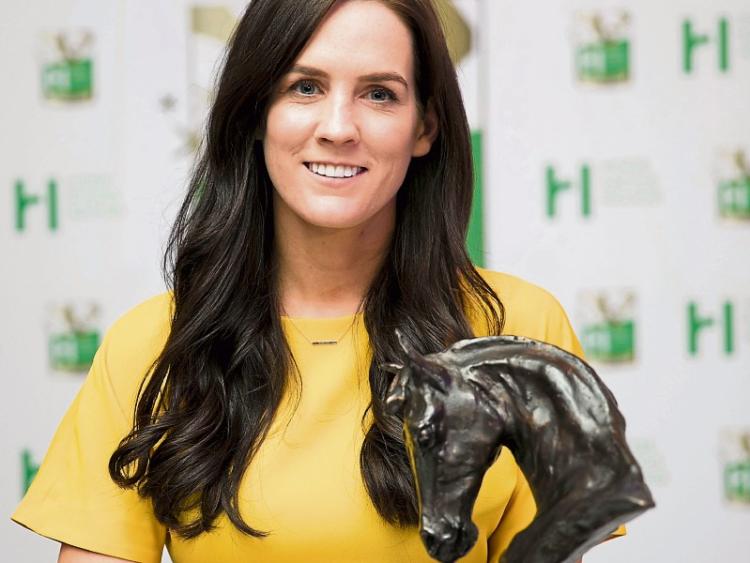 Rachael Blackmore win her award at the ceremony

It has been another incredible year on the track for the Killenaule jockey who has enjoyed major success.

Her achievements on the racecourse were being acknowledged for the second successive year.

Rachael has cemented her position as one of the leading jockeys in the country with a second-place finish in last season’s jockeys’ championship and a string of big race victories throughout the season.

She rode her first winners at the Cheltenham Festival in March on A Plus Tard and Minella Indo and enjoyed three Grade 1 winners at home in 2019.