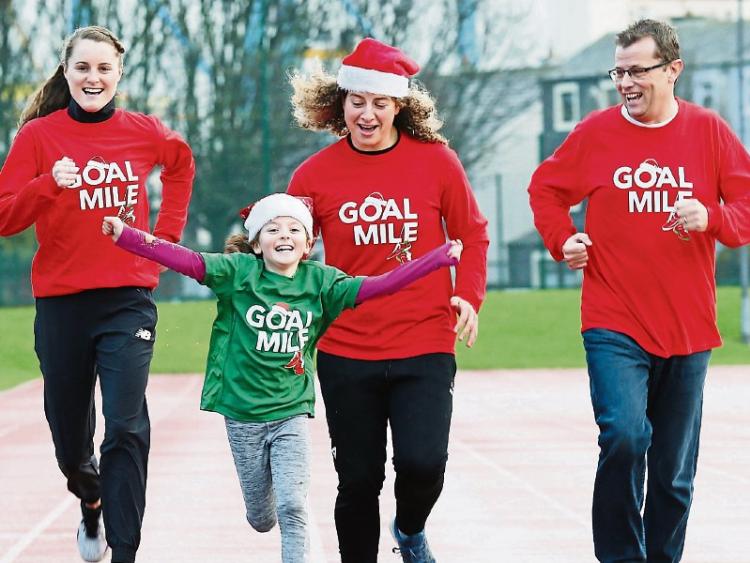 A record number of Tipperary people are expected to take part in Ireland’s favourite festive fundraiser, the GOAL Mile, which takes place in six locations in the county over the Christmas period.

A brand new GOAL Mile will also being taking place in Nenagh.

Now in its 38th year, the GOAL Mile is one of Ireland’s largest and longest-running annual fundraising events and organisers are expecting a record number of people to take part this year.

Last year, almost €8,000 was raised for GOAL at this event in Tipperary. Organisers have emphasised that people just need to turn up on the day to take part, then choose to walk, run or jog the mile.

The GOAL Mile is steeped in tradition for people who build in a GOAL Mile as part of their Christmas routine and this year new GOAL Miles have been added around the country.

Last year GOAL reached more than 5.5 million people in need, helped by the €250,000 raised from the 2018 GOAL Mile. GOAL’s work includes supporting those displaced by the ongoing conflict in Syria; running nutrition programmes saving the lives of infants under six months in refugee camps in Ethiopia and providing ongoing emergency response to thousands of people affected by Cyclone Ida in Zimbabwe.

Tipperary GOAL Miles will take place on Christmas Day in

• Moyglass Sports and Leisure Centre, 11am

• All GOAL Miles are listed at goalmile.org with dates and times. You can also get a free GOAL Mile 2019 t-shirt by registering for the GOAL Mile in advance.