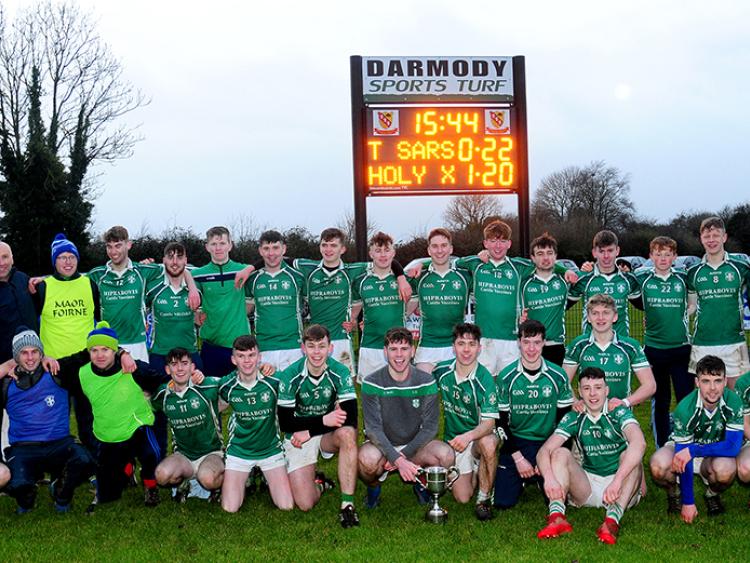 Holycross-Ballycahill battled back from eight points down at Boherlahan on Sunday to beat Clonoulty-Rossmore and book their place in the final of the FBD Insurance County Under-21A Hurling Championship.

A win for Holycross-Ballycahill did not appear all that likely when the Mid champions trailed their West counterparts by eight points (0-1 to 1-6) with twenty-five minutes played, but Dónal Duggan’s men fought back brilliantly, trailed by five at the break (0-4 to 1-6) and out-scored their opponents by a whopping 0-14 to 0-4 in the second half.

Goalkeeper Ewan Bourke was excellent for Holycross-Ballycahill as were outfield operators Jim Ryan, Frank Hanafin and Bryan O’Mara. Darragh Woods was the man of the match considering his contribution of eight points from play, but spare a thought too for Philip Fogarty who was asked to mark Dillon Quirke for the afternoon and for Michael Nally who proved himself an outstanding ball winner at full-forward.

Meanwhile for Clonoulty-Rossmore Cathal Bourke and Dillon Quirke did their utmost while James Ryan was outstanding at centre-back. Indeed, considering the ability of James Ryan as a man marker it might have been an idea to switch him onto Darragh Woods at some point during this entertaining contest.

Clonoulty-Rossmore eased into a 0-5 to no-score lead inside the opening nineteen minutes thanks to four Cathal Bourke efforts (two ‘65s, one free) and a fine individual score from Nathan Slattery.

Holycross-Ballycahill finally got off the mark in the 20th minute when Stephen Quinlan set up Darragh Woods, but within a minute of that strike the Mid champions were cut eight points adrift - Ewan Bourke did especially well to save initially from the raiding Dillon Quirke before Seán Ryan converted the rebound (1-6 to 0-1).

Holycross-Ballycahill, however, dominated the remainder of the opening half when points from Darragh Woods (two) and Stephen Flanagan closed the gap to a manageable five (1-6 to 0-4).

Flanagan could well have gone for goal in the 30th minute, but opted to take his point. Indeed, Holycross-Ballycahill must have been cursing their misfortune in front of goal at the break; during the opening half David Manning and Michael Nally had also spurned terrific goal-scoring opportunities while at the opposite end of the field Ewan Bourke conjured a sensational save to deny Dillon Quirke a three-pointer in the 18th minute.

Holycross-Ballycahill (now playing with the aid of the breeze) switched Darragh Woods to midfield for the second half to significant effect and plundered two points (thanks to Stephen Quinlan and Darragh Woods) to cut the deficit to three before Dillon Quirke drilled over a free in response for Clonoulty-Rossmore in the 35th minute (1-7 to 0-6).

The Mid champions, however, had a much better look about them now and with Bryan O’Mara and Michael Nally emerging as huge forces in this contest the scores soon followed. Indeed, following efforts from Bryan O’Mara, Darragh Woods and Ewan Bourke (an eye-catching long-range free converted from inside his own 45-yard line) Holycross-Ballycahill trailed by just one (1-7 to 0-9).

Cathal Bourke steadied Clonoulty-Rossmore with a point, but Holycross-Ballycahill now represented the dominant force in this contest and the game was level entering the final quarter following a left-handed Bryan O’Mara effort and a Darragh Woods free (1-8 to 0-11).

Darragh Woods notched the point of the game in the 47th minute when he intercepted a careless Clonoulty-Rossmore hand pass in the middle of the field, threw a dummy and landed a mighty effort off his left while on the run. Woods soon added another and when Gavin Dunne and Bryan O’Mara also made scoring contributions Holycross-Ballycahill led by four (0-15 to 1-8).

Clonoulty-Rossmore regularly targeted Dillon Quirke on their own re-start, but Holycross-Ballycahill crowded out the centre-forward expertly and then when the West champions elected to try a short one to half-back Darragh Woods intercepted and drilled over another beauty in the 51st minute.

The defending county under-21A champions tried to rouse themselves when Cathal Bourke and Dillon Quirke converted late frees while James Ryan also demanded a great save from Ewan Bourke in the 61st minute, but Holycross-Ballycahill were the deserving winners on this occasion and added to their tally through Stephen Flanagan and Darragh Woods. Indeed, Holycross-Ballycahill must be wondering how they didn’t happen upon a goal during this contest. In the 32nd minute a Stephen Flanagan effort was blocked while in the 37th Flanagan was denied on the double when the inside forward was hooked and then Clonoulty-Rossmore ‘keeper Nicky Kearns saved his follow-up. 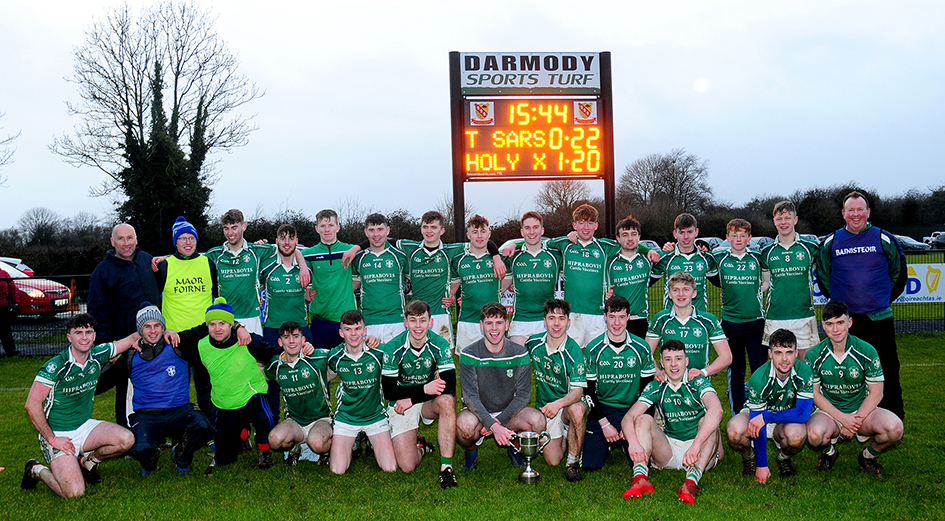