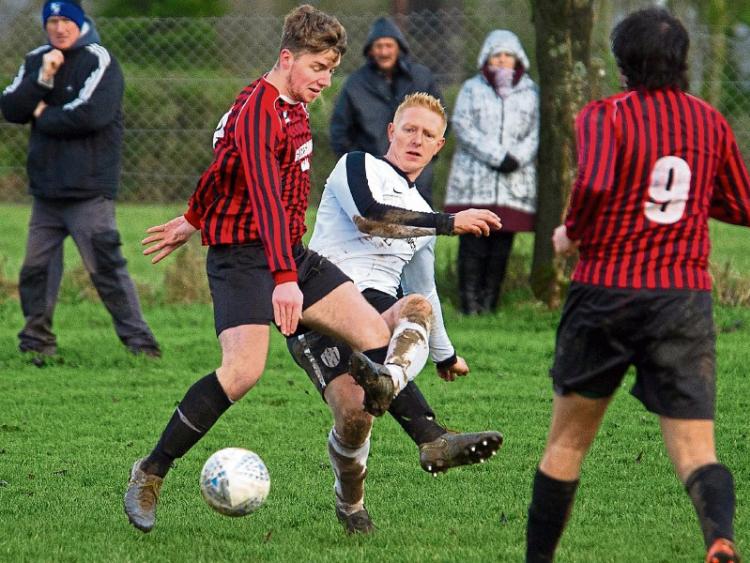 Galbally United’s Quinn Perry gets his pass away despite the challenge of Jody Beckers (Kilmanahan United) in the Division Two Shield Final played on Sunday last in Galbally.

Galbally United put a number of tough years behind them when they made home advantage count in picking up the Division Two Shield final in Galbally on Sunday after an emphatic win over a surprisingly lacklustre Kilmanahan United outfit.

The game itself had plenty good football despite the tough weather conditions, and the two sides hade early chances to open the scoring with nervy defending being the main talking point of the first quarter of the game.

And it was the home side that final broke the deadlock in the twenty third minute when Eoin O’Mahoney’s shot flew across the area and was guided to the net by the unmarked Jordan Dineen.

O’Mahoney then scored an excellent individual goal six minutes later when he finished powerfully to the net from more than 20 yards out after beating two defenders coming in from the right-hand side, to put his side in control of the tie.

Kilmanahan though have been playing well all year and were never going to go down easily in this game either, and they halved the lead eight minutes before the break when the prolific Connie Power headed home from close range.

This might have put the wobbles on the home side if it were not for the fact that they re-established their two-goal cushion only four minutes later when the excellent Cathal Flynn took a ball just inside the area and curled it round the keeper’s hand to nestle in the bottom corner.

This lead allowed the home side to sit back in the second period and invite the visitors on, while always looking dangerous on the break, and the hosts effectively ended the game as a contest in the 67th minute when Bernard O’Brien took advantage of a breakaway and fired home to make it  4-1. 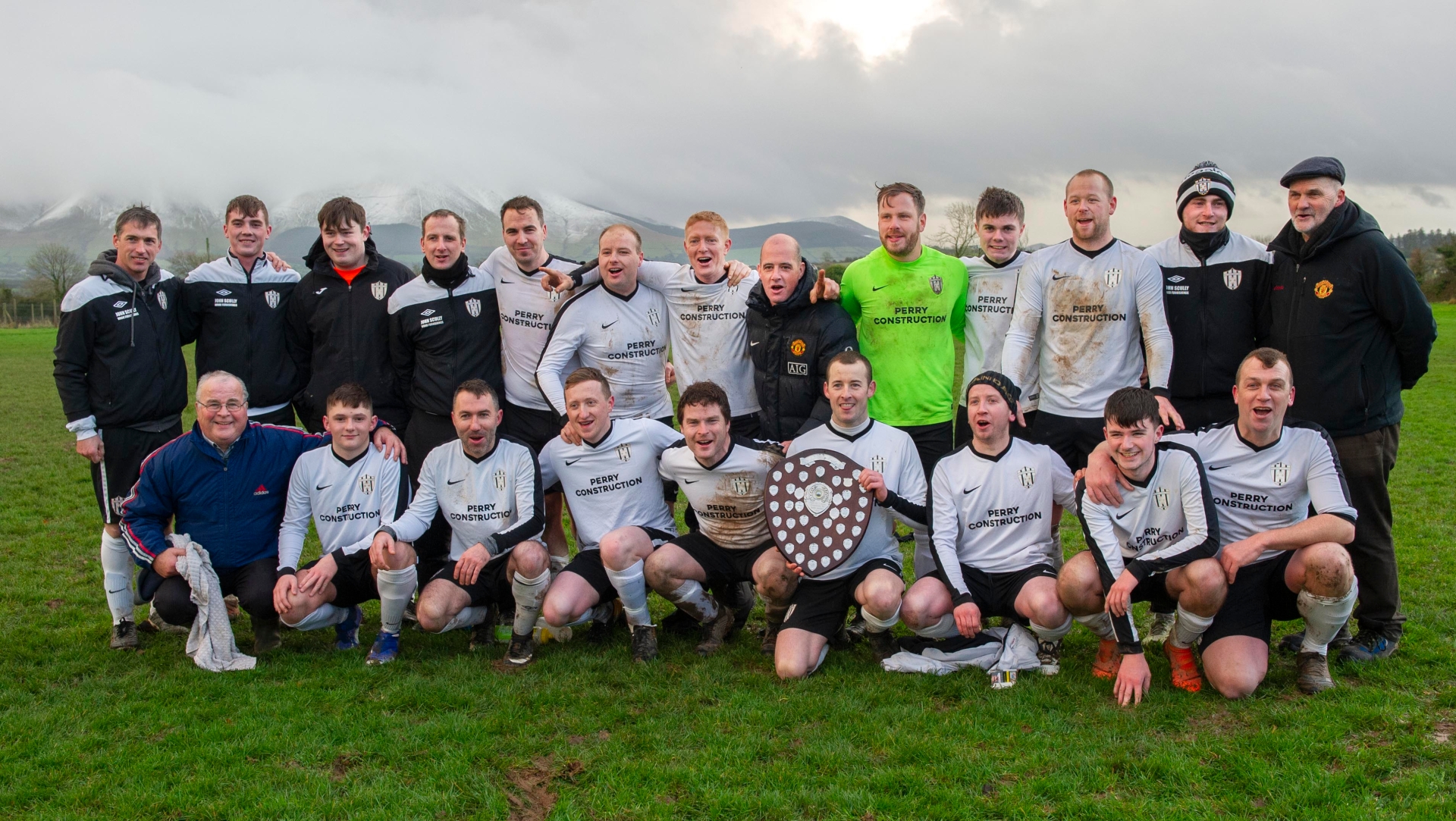 The Galbally United team with mentors celebrating after winning the Division Two Shield following their 6-1 win over Kilmanahan United in the final played in Galbally.

The spirit broken in their opponents now, Galbally United were in rampant form and added a fifth minutes later when Cathal Flynn capped his man of the match performance with his second goal, another well taken individual effort.

However though, it wouldn’t be a true Galbally performance if the coup de grace was not applied by a player who has given decades service to the club, the evergreen Quinn Perry, who completed the scoring with an excellent header by a player who made it all look so easy, to give his side six of the best.

The cup presentation was an emotional one for the Galbally side, and captain Pa Murphy caught the tone excellently when he congratulated everyone in the club who was a part of bringing back the silverware after a number of hard and fruitless years.