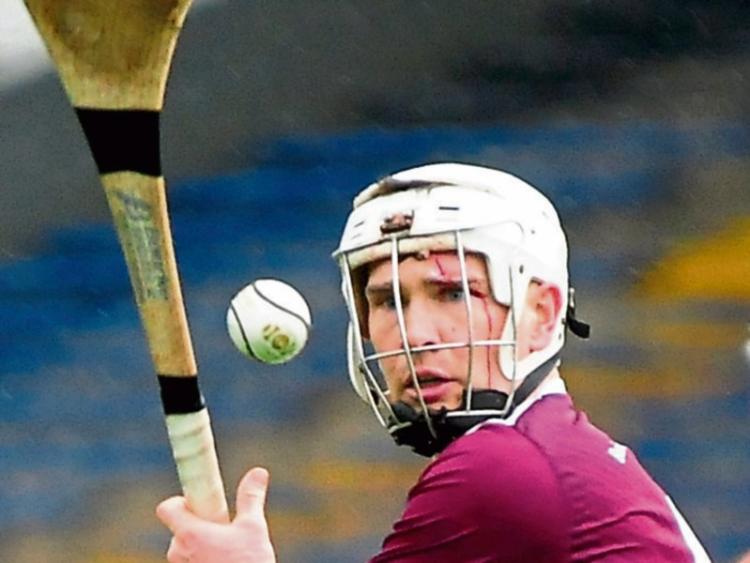 The wow factor continues to follow Borris-Ileigh on their wild adventure. Another stunning display propels them to Croke Park and a final showdown with formidable Ballyhale Shamrocks on Sunday week.

Is there any stopping this juggernaut that is the Tipperary champions? It prompted Cathal Moore in his TG4 commentary to speculate that their name is on the trophy; Donal O’Grady’s more measured consideration still favoured the Kilkenny champs.

That’s all for another day. For the moment we simply acknowledge another remarkable display from the Tipp men. Once more they revelled in the underdog role, underpinning an unforgettable win with a rousing encore highlighted by Brendan Maher’s magic point and JD’s clinching goal.

Momentum can be everything in sport and Borris-Ileigh at the moment are playing with such wild abandon that anything seems possible. No wonder they’re becoming the darlings of followers all over.

Remember St. Thomas’ are no novices at this level. They’ve won three of the last four Galway titles and were All-Ireland champs as recently as 2013. They know the territory and yet that knowhow still wasn’t enough to stop this Borris  side on Sunday.

The early initiative swung to the Connacht side with their goal coming after just ten minutes. It was a cracking finish too from Eanna Burke after his cousin Fintan threw him the pass. I use the word deliberately because that’s what it was – a throw. And it came only minutes after James Devaney had a handpass penalised at the other end. Such refereeing inconsistency drives me bonkers!

Anyway, the Galway men had the early benefit but Borris-Ileigh relentlessly clawed their way back into the race. Conor Kenny was already playing a stormer, winning in the air and blowing a few wide before finding his range. Brendan Maher, of course, lit their fuse with his opening point; his sureness on the frees was essential to the recovery too. JD too was looking threatening and, as ever, Dan McCormack was busy at the tiller. By half time they’d taken a two-point lead.

The third quarter was even, with the sides level on three occasions. A few defensive slips by Borris gave away points but then crucially the Galway lads hit a succession of bad wides around midway through that second period. It seemed to suck confidence and when the Borris push came in the final quarter they couldn’t respond.

St. Thomas’ led by a point after eleven minutes of the second half but from there until the end they were outscored 1-8 to 0-3. It was a devastating final quarter by Borris.

The end margin was a sweet seven-up but this was no seven-point game. St. Thomas’ will have nightmare over those second half wides and at the other extreme Borris-Ileigh’s final two scores were the stuff of dreams.

Firstly, Brendan Maher went forward to point a free that restored a three-point lead. In the process half of the bas of his hurley broke away. Before a replacement could be dispatched the goalie did a quick one-two with a defender and went for a long delivery on the puck-out. Brendan Maher applied pressure on the ‘keeper, who mis-hit the clearance. Quickly the ball was worked back to Maher, who from out in the left corner hit an unbelievable point with an imitation hockey stick.

Before St. Thomas’ could recover from that drama, Borris were back into attack with JD haring away from a pair of chasers before planting the clinching goal. Cue celebrations.

Once again it was the team ethic that carried Borris-Ileigh to victory - relentless, incessant grafting and grinding from everyone. Like the drip-drip effect of water, it just eroded St. Thomas’ resolve.

The telepathic understanding between Brendan Maher and Dan McCormack is a feature of this side. They alternate and interchange roles and it’s interesting to hear that it’s not part of a rigid plan or system, but more an off-the-cuff working through each game and the challenges therein. It reminds us yet again that hurling is a spontaneous game, despite the best efforts of the television analysts to fix it to some crazy formula.

Maher and McCormack were once again outstanding leaders on Sunday. Conor Kenny got the individual gong and deservedly so after a mighty shift.

JD was on fire too, the goal a just reward for his relentless efforts. Others too played notable parts, including individual scores by both Kevin and Kieran Maher.

I like the way Borris are nurturing the free-taking of Kevin Maher, giving him some to take but not overburdening the teenager, with Brendan Maher called on for the more pressurised ones. Ray McCormack too had a heavy hand in this outcome.

Above all, though, it was once more the Borris orchestra playing in harmony to the same tune. Individual notes are fine, but it’s the ensemble effect that makes them such a force of nature.

Back in mid December our County Board Convention took place, where the treasurer revealed a huge financial deficit from the year’s workings.

The audited accounts showed a loss of €371,596 for 2019. After showing a surplus of €28,916 the previous year this represented a stunning decline in the finances of the Board.

Amazingly, this news drew very little reaction at Convention. Sated, perhaps, with success on the field, delegates seemed content to overlook such a heavy hit in the boardroom – or perhaps they felt unqualified to question the published accounts, which can be understandable.

It was even surprising that this heavy loss over the span of just a single season didn’t draw more national attention on the county. Perhaps the fact that others, such as Cork, are in an even worse pickle might have let Tipperary pass under the radar; or maybe a certain John Delaney was providing juicier copy for the national hacks at the time.

Anyway it’s an issue that needs attention because losses like this are unsustainable and put the very viability of the organisation hereabouts into question.

Surely people must be wondering what went wrong for the Board’s finances to go so skewed so rapidly. After all we’re not talking about pocket change here and if there was to be anything near a repeat in 2020 then the county is heading into deep debt.

This is a narrative, of course, that’s repeated throughout the country, with many counties running substantial deficits as the costs of preparing inter-county teams skyrocket. It’s hardly an exaggeration to say that it’s a runaway train at the moment with nobody applying the brakes.

Let’s look at some of the Tipperary figures, as published at convention. In total it cost over €1.7 million to field our inter-county teams last year.

This was up over half a million on the previous year’s figure. At a time of close to zero inflation in the economy generally these figures require some explanation. Getting to the senior All Ireland final, as opposed to the early exit in 2018, is obviously part of the narrative but surely not the entire story.

What’s supposed to be a breakdown of these “County Teams’ Administration Expenses” churns up some mindboggling figures in the accounts. For example players’ travelling expenses amounted to €410,221; team administration (what’s that?) cost €119,648; team transport and accommodation came to €78,569; team catering amounted to €281,532.

Beside the heading ‘Team Medical’ there’s a figure of €212,293. I would have assumed that all players are insured so where an amount that’s close to a quarter of a grand comes from is curious, to say the least.

Even more curious is a figure for ‘Team Support Services’ which comes to €354,281. What’s that when it’s at home? As is often the case these so-called breakdown figures lump a lot of things together and actually reveal very little.

There’s a figure of just over €88 grand included for the team holiday, though it’s unclear if this is a final figure since these accounts only come up to the end of last October. Surely all holiday costs weren’t finalised at that stage so I assume some of the bill will be part of next year’s accounts. Croke Park supplies a grant of around €80,000 for the team holiday.

I should mention that many of the figures above are almost double the corresponding figures for 2018. Let’s also note that this is a year when we welcomed a new sponsor on board. The contribution of Teneo is given as €230,000. As well as Teneo the Supporters Club also provided financial backing but I don’t have their figure for last year. Then you have the Commercial Board that was set up to fundraise also but again I don’t have a figure for their contribution.

So, when you combine the normal income of the County Board, plus the contributions of Teneo, the Supporters’ Club and the Commercial Board you still end up with a deficit of over €370 grand. That’s a serious black hole in the economy of the county and I’ve no idea how it’s going to be plugged in 2020. Success, it seems, has come at a very heavy price.