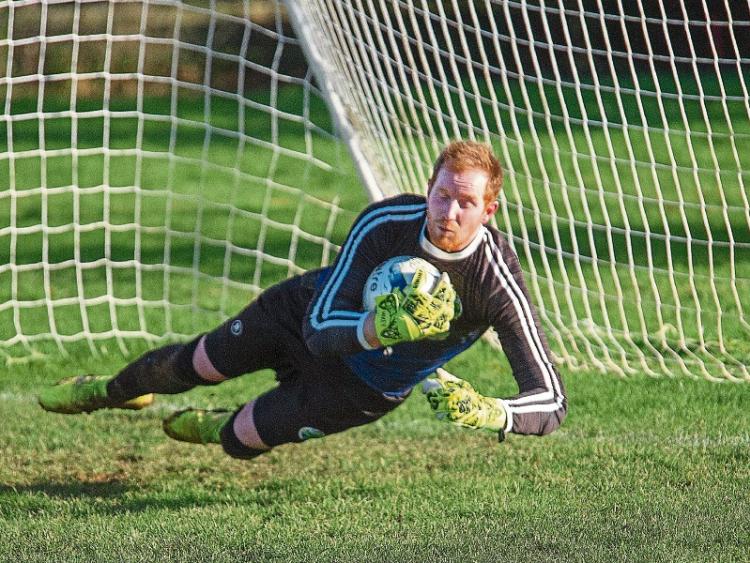 Cahir Park picked up a vital win on Sunday to pull themselves off the bottom of the Premier League and drag Vee Rovers down into what looks like being a dogfight over the next few games to save their Premier League status.

The game itself was disjointed in the earlier part, probably because neither team wanted to give the other any advantage such was the importance of taking something from the game. This meant that there were no goals but the two best chances went to the home side who were denied goals by the brilliance of the Rovers keeper.The second half was much the same, a dour midfield battle devoid of excitement, until twelve minutes from time the home side eventually took the lead after being awarded a penalty kick that was fired home by Alan O’Donnell.

Cue a frenetic last ten minutes with Rovers trying to get something from the game but the result was put beyond all doubt when Kenny Cunningham broke away to fire home a second for the Park in the fina minute and ensure his side would take all three points.

Bansha Celtic climbed above Two Mile Borris when they beat their hosts by the odd goal in three at Newhill Park on Sunday afternoon.

The day was crisp and bright and the pitch in perfect condition and both sides did their best to play open expansive football in the early part of the game. After a number of chances on both sides in the first half hour, the deadlock was eventually broken by the visitors when Tony Egan rose highest in the area to head in a cross from close range with seven minutes to go before half time.

That was the score at the break and in the second half the home side came out all guns blazing to get back into the game, which they did when Kieron Hennessy picked up the ball just inside the Celtic half and slalomed into their area before firing to the net.

But ten minutes later their good work in getting back on terms was all for nought again when for the second time in the day their defence was breached in the air and Kevin Mullins restored the visitors lead with a close in header.

After that Celtic closed up shop and gave the home side very few chances to get a second equaliser and took all three points back home.

14 man Tipperary hold on for draw against Down in Clonmel