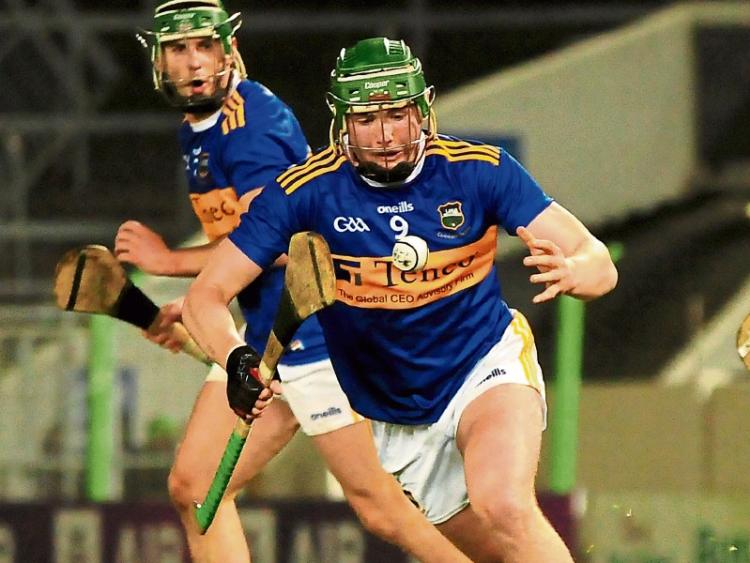 I went to Thurles on Saturday fully expecting Tipperary to lose their opening bout of the Allianz League to Limerick – and yet came home bitterly disappointed at precisely that outcome.

Such was the nature of a game where Tipperary assumed a winning position at ten-up early in the second half and then collapsed in the face of Limerick’s rally to lose by two. We have a sorry history of losing big leads to Limerick and this was just another in the catalogue.

Tipperary’s pre-match expectations were muted. Our pre-season preparations lag behind other counties. The Borris  lads are being rested, as are others, so it was going to be an experimental line-up for the league opener.

Against that Limerick had their winter blues so getting off on the right foot was important as a tone-setter for them. Taking a league win out of Thurles was just the tonic they needed – and they got it.

Yet in the first half it all looked so positive from Tipperary. There were adjustments made to the listed line-out with Bryan O’Mara making his league bow at wing back, Alan Flynn at midfield and Michael Breen wing forward. On a pleasant January evening for hurling it all began sweetly for the locals.

Tipp looked sharp. We were getting up close and familiar with the visitors, putting pressure on their puck-outs and forcing turnovers.

Our touch was sure and gradually the scoreboard began to tick over nicely, Forde excellent on frees, Jake Morris and John McGrath pitching in too.

Midway through the half it might all have been consolidated when Jake Morris was put through but Barry Hennessy made an excellent save.

Still the Tipp machine continued to tick over nicely. The defence was secure, even though Cathal Barrett couldn’t buy a free on a day of poor refereeing. Midfield was adequate, Willie Connors was grafting typically and  Forde, Morris and McGrath looked threatening in attack.

All of this, however, has to be set against the backdrop of a woeful Limerick performance in that half. They were in the horrors at this stage, appearing to lack zest, being caught in possession, fumbling, missing simple chances. Half time arrived with Tipperary well set up, ahead by nine, 0-13 to 0-4 – a winning position surely.

Not so. We resumed as we ended the first half with Jake Morris popping an immediate point to shove the lead into double digits but thereafter the skies darkened.

Inexplicably Tipperary now began to play as Limerick had in the first half. The defence, albeit under increased Limerick pressure, started over-playing possession, trying to walk the ball outfield, delivering a pass too many and running into traffic.

Turnovers would prove very costly, especially on the two goals, Paudie caught in the build-up for the first and Cadell turned over for the second. Gillane and Hegarty supplied emphatic finishes.

Limerick now had impetus, the goals huge items in the absence of a major at the other end. Our scoring rate would dip alarmingly, just two points from play for the second thirty-five minutes. Limerick kept driving, their substitutes adding to the effort to eventually overtake the locals.

We might have stolen it at the end when Morris was fouled and Forde’s free was deflected onto the crossbar. However we hardly deserved a late escape, such was the poverty of the second half showing.

Perhaps the first half exertions left us leggy when the tide turned in the second period – that would certainly be a kind interpretation. Other factors, however, can’t be ignored either.

Our second half substitutions came late and to little effect. While we weakened the effort with our replacements, by contrast Limerick’s drafting of Finn, Hegarty and O’Donoghue had a telling impact on the outcome. Why Seamie Callanan was left warming the bench is hard to understand. Even if he did nothing major his very presence on the edge of the square would have drawn focus and maybe created openings for others.

chance to put one over on limerick was squandered

In the circumstances then perhaps this defeat was entirely predictable, though I tend to take a less benign view of it all. This was a clear chance to put one over on Limerick (they’ve now beaten Tipp in their last three competitive games - last year’s Munster Final, this year’s Munster Hurling League and National League) and we squandered the opportunity.

Experimentation is fine and necessary but it’s always a balancing act set against the need to win and keep arch rivals in their place. Two years ago we passed up on a great chance to take a win out of Nowlan Park and I see similarities here.

Debutants Bryan O’Mara and Paddy Cadell will be reasonably pleased with their introduction to this level but overall the task of nurturing upcoming talent is going to require patience and perseverance.

Next up is a visit to Cork for another lit-up affair on Saturday (throw-in 7pm). Cork also came up short last weekend to Liam Cahill and Waterford so both sides will feel an added desire to get points on the board. I suspect we’ll field a similar mix of regulars and wannabes this time. Cork too are trying to blood some players so it’s anyone’s guess how this one will pan out.

Our Lady’s Templemore bowed out of the Harty Cup last Saturday when falling two points short of St. Flannan’s in a semi-final played at Nenagh. It was a tight affair throughout with the Clare lads on balance, I felt, having just that slight edge.

Templemore actually led by a point at half-time thanks to yet another ‘JD’ special. Young Devaney was well held for most of the half, with the Clare lads obviously acutely aware of his threat.

However, as happened against Thurles CBS in the quarter-final, he got one chink of an opening and from that familiar right corner position flashed in the game’s only goal approaching half-time.

It was probably more than Templemore deserved at that stage because I thought Flannan’s had the better of the first half. They were physically stronger and played a passing/running game with centre back, Cian Galvin, showing up strongly.

The second half stayed tight, though significantly Templemore failed to raise a flag from play in that period. Instead it was Devaney frees (Kevin Maher hit one from further out) which kept them in touch.

In the end it came down to a tight finish. There were two in it entering added time when Devaney missed a very scoreable free. He landed one a few minutes later but they couldn’t manage the equaliser and nearly five minutes into additional time Cian Galvin hit a huge one from a long-distance free to seal the deal for Flannan’s - a Flannan’s side, incidentally, these days drawn entirely from Clare clubs.

Anthony Daly has been loud in his praise of Cian Galvin, a Clarecastle club mate. I can see why. He looks like a fine prospect, tall, strong in the air, able to travel and play off either side. I suspect we’ll hear more about him in the Clare jersey in the future.

For Templemore it was disappointing. I understand that apart from four or five the team is very young and age does tell in this competition which is played in winter conditions. Actually I think they benefitted from Borris-Ileigh’s success with Kevin Maher and ‘JD’ carrying the winning momentum into the school set-up. They’ll have enjoyed particularly their win over Thurles.

Finally I was away when Borris-Ileigh fell to Ballyhale in the All-Ireland club final after a titanic tussle. True to their form all year they certainly didn’t bow out tamely. I fact I’d suggest they’d have taken any lesser side than Shamrocks, so they were a tad unlucky to meet one of the greatest-ever club sides in the decider.

Credit where it’s due, they’ve certainly enhanced Tipperary’s reputation in this competition. There’s been a view that our senior champions are not competitive in this grade and when you look at the record over the decades it’s difficult to argue with that perception.

Yet Borris have shown that they’re within a score of the top prize. Apart from Paddy Stapleton, the elder statesman of the team, their age profile is such that there’s no reason they can’t get back there again, though the road is a long and winding one.

I have to mention Jerry Kelly’s performance in the final – it was extraordinary. He did well during the year but to turn in a display like that in the final at Croke Park against a team like Ballyhale was remarkable.

Not since Seamie Callanan put 3-9 past Galway in the 2015 All- Ireland semi-final has a Tipp player been so devastating on a losing team in Croke Park. Liam Sheedy surely has taken note.