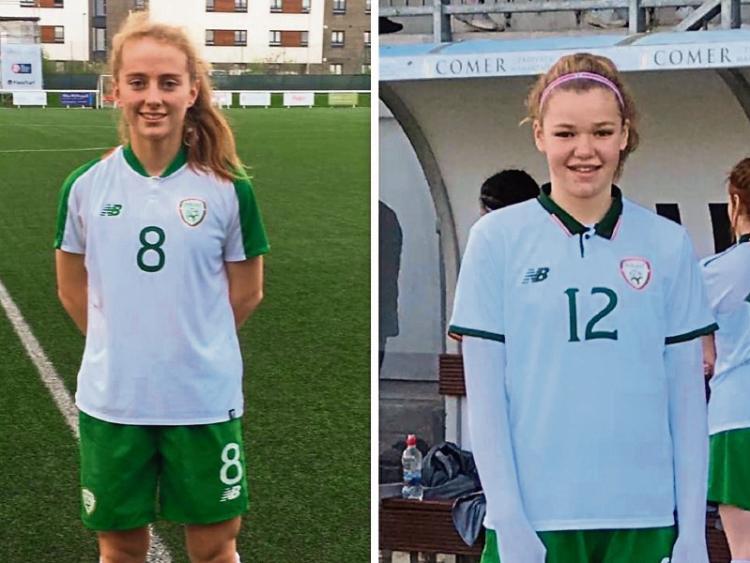 Past and present members of the TSSDL are busy this week on the international soccer scene.

Aoibheann Clancy is in camp in Waterford this week with the Irish u17's as they prepare for two games against Iceland as part of James Scott’s final preparations for the elite phase of the u17 European qualifiers.

First Game is on Friday, February 14 at 7pm in the RSC Waterford followed by a second game on Sunday, February 17 in Tramore at 2pm.

Aoibheann who played all her schoolgirl soccer in the TSSDL with Kilburn Celtic and Tipperary Town Ladies FC before joining Limerick to play in the U17 National League has represented her country at u15, u16 and is in her second campaign with the u17’s.

Aoibheann's teammate and fellow Presentation Thurles scholar Grace Flanagan has been included in the provisional U-15 Girls’ Republic of Ireland Schools squad for two international friendly fixtures later this month as they continue preparations for the prestigious Bob Docherty Cup.

Grace Flanagan of Cashel Town FC has been named in the squad by the U-15 Girls’ Republic of Ireland Schools head coach Richard Berkeley for upcoming games with Northern Ireland in Dublin on Saturday, February 29 and against England in the John Read Trophy a week later on Saturday, March 7.

These games will be an opportunity for the 18 players to confirm their place on the flight to Lilleshall as the squad jet off on April 14 to take on Wales, Scotland, England and Northern Ireland in the three-day International tournament.