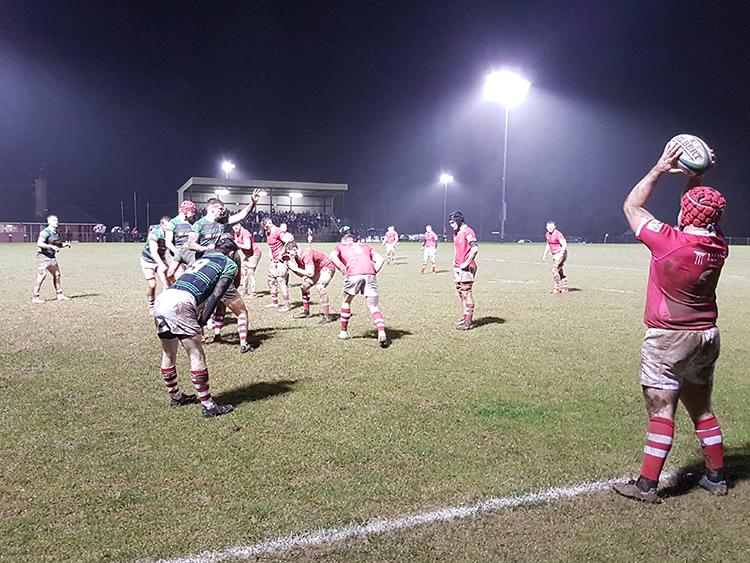 On a truly awful night for rugby Nenagh Ormond RFC suffered their 11th defeat of the season in division 2A of the Energia All-Ireland League on Friday when the struggling Tipperary side hosted UL Bohemian at New Ormond Park.

By the end of this contest it was difficult to identify one team from the other in the muck, but one was thing was clear: UL Bohemian were the better side and on this occasion were worthy winners. This defeat, however, leaves Nenagh Ormond just four points clear of bottom-placed Dolphin while the Cork side hold two games in hand over the Tipp lads.

Playing with the elements in the opening half Nenagh Ormond created their only attacking opportunity of note in the entire game in the seventh minute when Conor O’Brien booted a penalty just wide.

UL Bohemian, however, grew into the contest as the half wore on and probably deserved to lead at the break. The visitors’ pack was doing well, but centre Harry Byrne steered penalties wide of the target in the 24th and 33rd minutes.

The contest was scoreless at the break (0-0), but entertaining in its own way. The respective sides were giving it all they had in atrocious conditions and it is a credit to both that only thirteen penalties were conceded (UL Bohs won the penalty count 8-5).

UL Bohs had dominated against the elements in the opening half and made the pressure tell just four minutes after the interval when Rory White plunged over for a try which Harry Byrne converted.

Nenagh Ormond desperately tried to respond, but the UL Bohs’ out-half Robbie Bourke pinned the hosts back with a whole series of kicks in behind.

With three minutes to play UL Bohs enjoyed one final opportunity to add to their tally, but while players on both sides were getting the muck washed out of their eyes Harry Byrne steered another penalty off target in the 77th minute.