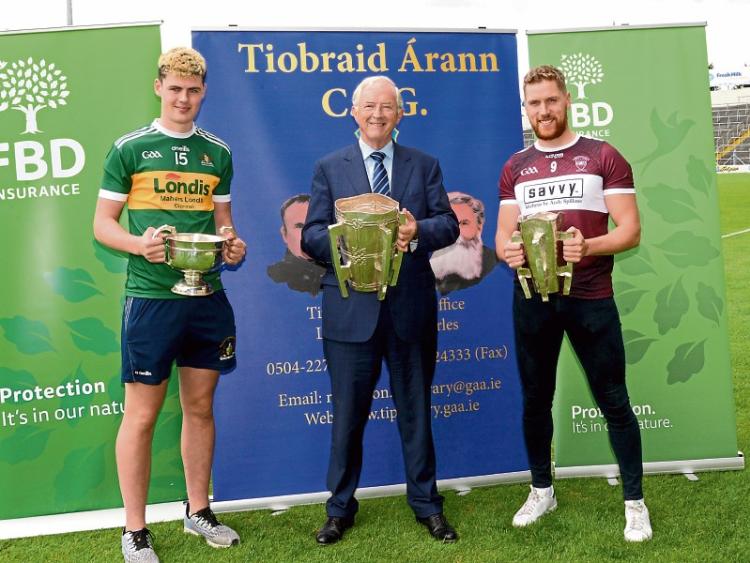 But they’ll have to do something that no club team has achieved in 30 years if they’re to lift the O’Dwyer Cup for the second time in as many years.

1989-90 was the last time that Commercials won back-to-back titles, although they have won the championship on six occasions since then, including four times in the past eight years.

They begin their campaign with a group three game against Cahir in Ardfinnan at 7.30 this Saturday evening.

And like GAA teams throughout the country, they’re itching for a return to action.

“It’s great to be back, lockdown has been long”, says Sean O’Connor, one of their younger brigade who broke onto the senior team last year.

“It has been tough, being stuck inside”.

“Everyone has been champing at the bit to get back training, so now that everyone’s back we’re all just enjoying it and looking forward to get back playing championship”.

Staying fit during the past few months presented its own challenges.

“We were lucky, we were given programmes so we were able to do 5k runs and stuff like that”, says Sean, who turns 19 later this month.

“It’s kind of hard to find motivation then, you were running for months and months without knowing whether that running would pay off, whether you would be able to play the championship.

“Now that you know you’re going to be back out playing it makes it all worth it.

“It’s been worth it putting the hard work in because you will get a chance to show it”.

Similar sentiments have been expressed by another Commercials player, Ross Peters.

“It was a long few months training away on your own, there’s only so much you can do”, he says.

“The buzz around the club is back now and the whole club is buzzing to get at it and see what happens. We’re looking forward to it now”.