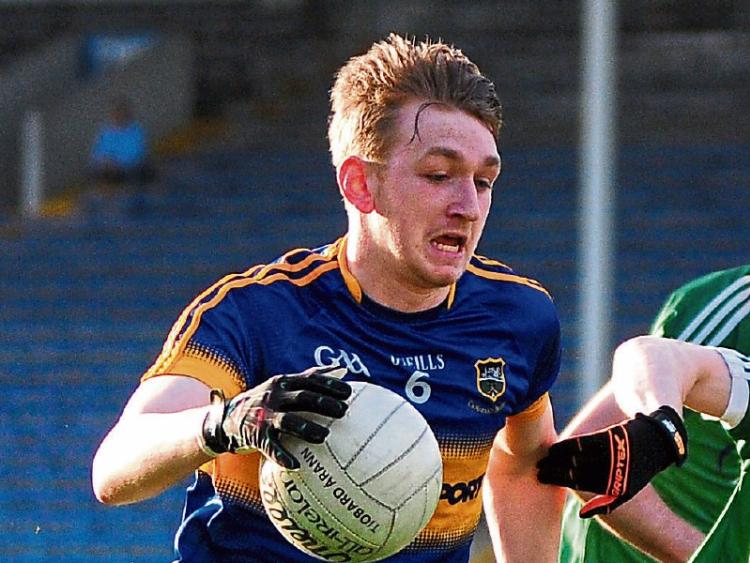 Social distancing went out the window when the whistle blew for the start of the county senior football championship clash of Kilsheelan-Kilcash and Upperchurch-Drombane in New Inn on Sunday.

This was a tough, physical and competitive but sporting encounter, with both sides fighting tooth and nail to record a win.

Kilsheelan-Kilcash at times looked like they would overwhelm their opponents but the doggedness of Upperchurch kept them at bay and there was nothing between the sides until Kilsheelan pulled away in the final minutes.

The game was barely a minute old when Kilsheelan were awarded a penalty, which was taken by their goalie Evan Comerford; and even though it was well taken, Paul Ryan in the Upperchurch goal made a great save at the expense of a 45, which Evan Comerford pointed.

Niall Grant opened Upperchurch’s account with a fine point from play and Loughlin Ryan gave them the lead. When Brendan Martin, who was wreaking havoc at full forward, was pulled down Evan Comerford pointed the free to leave the sides level at 0-2 each at the water break.

Kilsheelan-Kilcash went into the lead when play resumed with a pointed free after Brendan Martin was fouled. Jack Butler levelled with a fine point from a free.

Kilsheelan-Kilcash had a number of good goal chances but there was nothing going soft from the Upperchurch Drombane defence and the most they could get out of those attacks was a point from a 45 by Evan Comerford.

Both sides had players sin-binned as the half progressed and Colm Stapleton equalised with a good point from play.

Kilsheelan started the second half in style with points by Brendan Martin and Cathal Kelly to put four between the teams.

They held that lead until the water break, before which Upperchurch Drombane’s only score was a point by Conor Fahy. Sean Martin pointed for Kilsheelan-Kilcash to leave four points separating the sides at the break.

Things were to unravel for Kilsheelan-Kilcash when play resumed, as an Upperchurch attack yielded a penalty when a goal chance was snuffed out by Evan Comerford. His efforts to stop the inrushing forward resulted in a black card and a penalty against his side.

Cian Quinn had a baptism of fire when introduced to the Kilsheelan-Kilcash goal and he had no chance with the penalty, which was taken by Upperchurch-Drombane goalie Paul Ryan.

Upperchurch’s tails were up now and when Paul Ryan pointed from a 45 the sides were level.

To make matters worse for Kilsheelan-Kilcash they lost Bill Maher to a hamstring injury and things looked bleak as the game went into the final minutes.

The Kilsheelan-Kilcash mentors had an ace up their sleeve, however and they introduced three subs - Mark Stokes, Martin Gibbs and Sean Freaney - and when Evan Comerford resumed outfield they steadied the ship.

Upperchurch failed to score again and Kilsheelan-Kilcash finished strongly with a succession of points from Martin Gibbs, Evan Comerford from a free, Brendan Martin and Billy O’Connor to give them that four-points win.