Damage was done in the opening 20 minutes 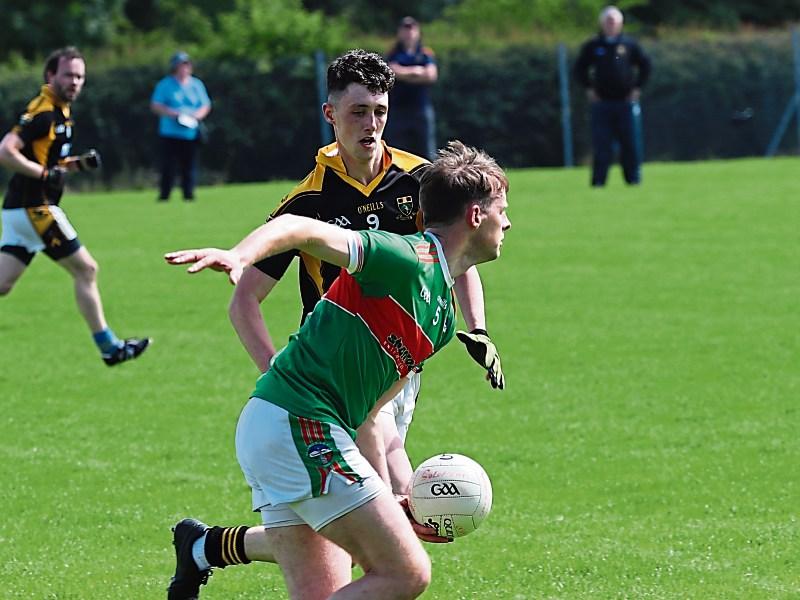 Solohead made a blistering start to their opening round AIB West Junior A Football Championship encounter with Emly to claim full points in Lattin on Sunday morning.

A powerful opening twenty minutes from the Solohead men ensured there would be no way back for Emly, as last year’s finalists laid out their credentials for the season ahead.

In the opening attack  Emly’s Paul O’Heney got through one-on-one with Solohead goalkeeper Christopher Ryan, but the latter got down well to deny O’Heney.

Solohead broke down the field and within the space of thirty seconds Owen Riordan and John Joe O’Brien had them two points up.

Emly created chances but struggled to get clean shots away as the Solohead defence was working well as a unit. Their attack too was functioning well and their off-the-ball running caused problems for Emly.

Jason Sutton added a third point and the resulting kickout was won by midfielder Paul Ryan, who ran at the Emly defence and unleashed his shot for goal number one. Two minutes later James Dee found himself in the right place at the right time for goal number two.

Aaron Ryan forced Kevin McGrath into a good save in the twelfth minute, but seven minutes later Declan Riordan hit his first and Solohead’s third goal of the game.

James Dee and Owen Riordan added points in between Declan Riordan’s second goal, as Solohead built up an unassailable lead.

They could have had another goal when Declan Riordan was brought down but John Joe O’Brien’s penalty rebounded off the post. Emly got off the mark just before half-time when Jason Ryan pointed a free.Solohead were ahead at the break 4-5 to 0-1.

Owen Riordan pointed on the resumption before both sides had goal chances. Jason Ryan had a chance for Emly while in the next attack John Joe O’Brien’s shot was well saved by Kevin McGrath.

Emly came more into the game and Jason Ryan added two more points from a free and play while Aidan O’Heney also got off the mark. Solohead got their fifth goal as the clock went into the red – Owen Riordan’s effort for a point dropping short and into the net.