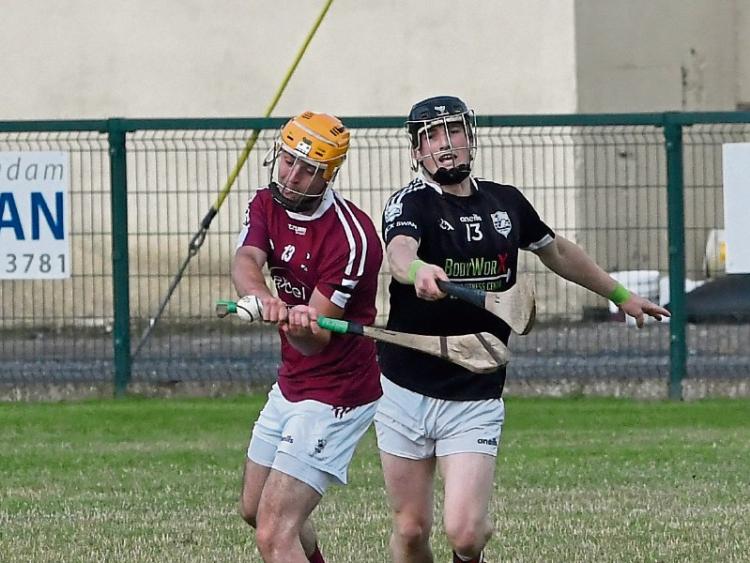 Despite starting on the front foot, and leading by six points early on, Carrick Swans lost their way approaching half-time and allowed Ballingarry back into a game that most neutrals thought was beyond them.

A brilliant solo effort from Michael Ivors brought the game’s first goal on 27 minutes and if that gave Ballingarry hope, Ian Ivors’ goal just after the restart gave them real belief.

Up until then, they relied on the free-taking of Dylan Walsh to keep  in touch but once they gained momentum there was no stopping them.

And it had all started so well for Carrick Swans. Danny O’Hanlon had struck four points (two frees) inside 12 minutes and, coupled with a brace from Aaron Dunne and a beautiful score from Kevin Lanigan from a tight angle, the Swans were six points to the good.

A Michael Ivors point was Ballingarry’s only response during that dominant period for the Carrick side and although Dylan Walsh (two frees) reduced the deficit further, three quickfire scores from Danny O’Hanlon (two frees) and Colin Waters meant the Swans were in total control when play was stopped for the game’s first water break.

On the resumption Ballingarry looked a different side. Michael Ivors was finding space in a deeper role and his side were now winning every loose ball.

Two frees from Dylan Walsh were knocked over with ease and another score from the same player meant Ballingarry trailed by five. Gavin O’Halloran found his range too for Carrick Swans as did Eric O’Halloran and Dean Waters, but the most important score of the half came from Michael Ivors.

A high puckout was contested in the Carrick half-back line and Ivors anticipated the breaking ball. With a lot of work still to do, he cut inside the Swans full-back line and made an angle for himself to blast past Lonergan in the Swans goal.

It was just the boost Ballingarry needed before the break and another point from Ian Ivors meant they now only trailed by three points at the halfway stage.

After the re-start Paudi Maher scored another point for Ballingarry and the same player levelled the scores with a beautiful strike off his left-hand side after Walsh had scored his sixth free of the evening.

All the momentum was with Ballingarry now and when Ian Ivors raised another green flag and Dylan Walsh blasted over from the resulting puckout, there was only going to be one winner.

To their credit Carrick Swans battled on and had scorers in Billy Murphy, Kevin Lanigan, Aaron Dunne, Gavin O’Halloran and Damien McCarthy, but aided by the stiffening breeze Ballingarry proved too strong.

Patrick Ivors scored his first point of the day, Paudi Maher scored his third and fourth of the second half and another free from Dylan Walsh meant Ballingarry were five-point winners at the sound of referee Keith Delahunty’s full-time whistle.