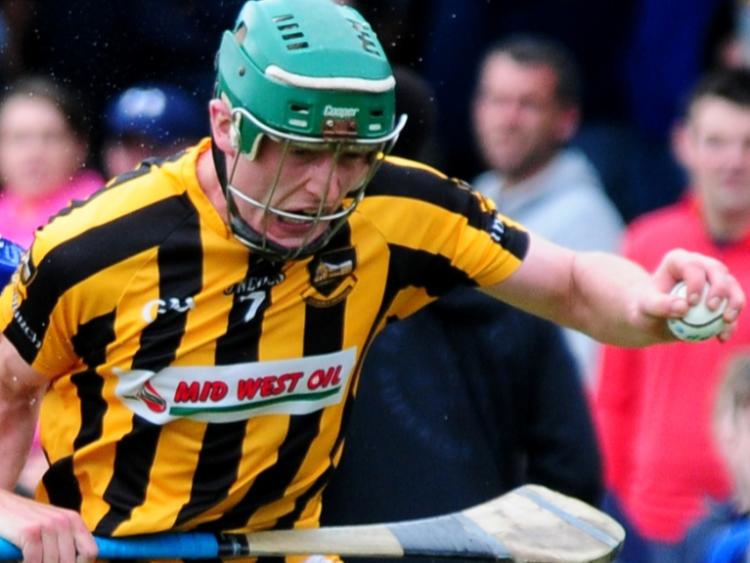 Upperchurch-Drombane got their FBD Insurance county senior football championship campaign back on track with a comprehensive win over a very disappointing Aherlow at Dundrum on Saturday.

After first round defeats, both sides needed to win but it was Upperchurch who showed the greater purpose right through as a surprisingly slack Aherlow performance saw them fail to score from play, pointed frees from Barry Grogan offering only token resistance to opponents whose final game in this group against JK Brackens promises to be a cracker.

A poor contest raised scarcely a murmur among the small attendance. Ten minutes passed before the first score, a pointed free by Barry Grogan for Aherlow. And while Upperchurch were denied a likely goal in the 17th minute when Aherlow goalie Jack Whelton got his fingers to TJ Butler’s drive to keep his line intact, they hit the target in the 23rd minute when Dean Carew set up Conor Fahey, who  found the net.

Keith Ryan and Paul Shanahan added Uppechurch points for an interval lead of 1-2 to 0-1 for the Mid men.

After such a low-key first half, a raising of the tempo was expected on resuming but it never transpired. Upperchurch continued to hold the advantage and they added three further points to their tally before the second water break for a 1-5 to 0-2 lead, Barry Grogan pointing another Aherlow free after 39 minutes.

Into the last quarter, Padraig Greene, who had come on for “The Church” pointed, but in the 50th minute Aherlow were denied the goal they needed so badly when Kevin Franks’ shot was turned out by Paul Ryan for a forty five.

A goal then might have sparked an Aherlow rally. Instead Upperchurch added further points from Paul Shanahan and Dean Carew before Barry Grogan’s third pointed free for Aherlow three minutes from the end.

The Church finished with a flourish with three points from Dean Carew, Ailbe O'Donoghue and Colm Stapleton for an eleven points winning margin that could yet prove to be crucial when it comes down to qualification for the knockout stages.

It was an encouraging win for Upperchurch who started without Colm Ryan, Padraig Greene and Niall Grant, although Greene came on in the second half to contribute well to the success. Their fate is again in their own hands as they face Mid rivals JK Brackens in round three but a bit more tidiness in front of goal will be required, as indicated by their ten wides.

Still they had much to be pleased about with Paul Shanahan, Jack Butler and T J Butler leading by example and such as Dean Carew, Keith Ryan, Conor Fahey and Matt Ryan responding well to their promptings.

This well below-par performance from Aherlow has them facing a relegation battle unless they can salvage something from their final game against Kilsheelan-Kilcash, a major challenge with confidence seemingly at a low ebb. They failed to score from play and registered only three points from frees – statistics which underline their current difficulties and which do not augur well for their survival in the top flight.

Credit to Tadhg Carew Mark Hanley, Cathal Dillon, Jack Whelton and marksman Barry Grogan for their efforts on what was a bad day for the Aherlow-Lattin combination.