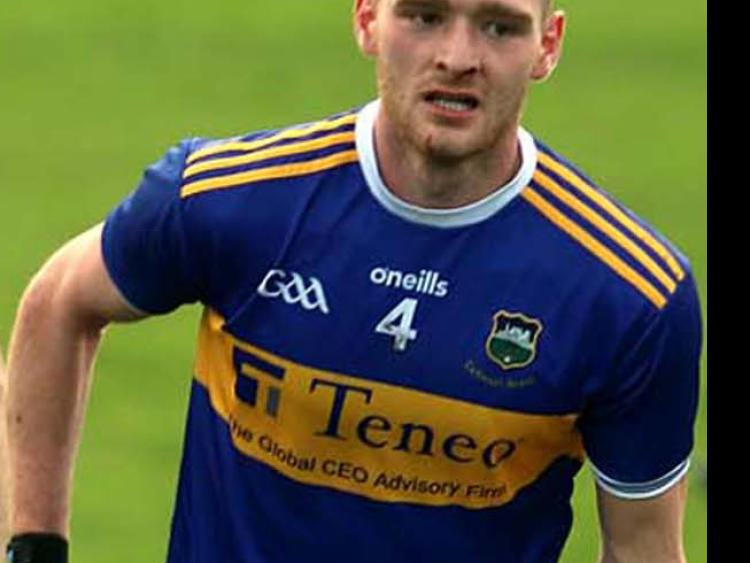 Ardfinnan were never in much danger after they made a lightning-fast start to Sunday's county senior football championship group one game in Cahir, when they collected their first victory of the campaign at the expense of Ballyporeen.

Manager John Evans might not have been present but he would have impressed by the smart and confident brand of football that Ardfinnan played, and the manner in which they hit the ground running following their shock defeat by Moyne/Templetuohy in the opening round.

Gavin Whelan gave them the lead with a fourth minute point and a minute later Luke O'Brien got on the end of a Billy Hewitt delivery to punch the ball to the net. Ballyporeen hardly had time to catch breath when Gavin Whelan added a point, and suddenly Bally' found themselves five points in arrears.

They were always chasing the game after that, a tough task that initially they made a decent fist of tackling. They got back into the game in the 11th minute when Ardfinnan goalie Michael Goonan made contact with but couldn't keep out Daragh Lyons' shot; moments earlier Goonan had been equal to Adrian English's low effort when the Ballyporeen player got inside the Ardfinnan cover.

Ballyporeen suffered a blow when goalscorer Lyons departed injured four minutes later, and their cause suffered further setbacks when Shane Molan and Adrian English each spent 10 minutes in the sin bin - Molan from the 21st minute and English from the 50th minute - for black card offences. If all of that wasn't bad enough, they also lost Eoin Kearney to injury early in the second half.

The goal chances continued to flow in a lively first half, although none were converted. Moments after Daragh Lyons found the net his team mate Tomas Vaughan drove a shot low and wide across the face of the goal, while at the other end Darragh O'Leary's deflected effort that rebounded off the crossbar was touched wide by Luke O'Brien.

Towards the end of the first half Ardfinnan's Gavin Whelan and Michael Barlow combined beautifully to put Luke O'Brien through but Ballyporeen 'keeper Mikey Sweeney spread himself to deny the Ardfinnan player another goal.

By that stage Ardfinnan had stretched their advantage to 1-7 to 1-3, thanks to points from their scorers-in-chief - three for Michael Barlow and one each for Billy Hewitt (from a free) and Gavin Whelan.

Ballyporeen's opening point came from Shane Molan, and when Tomas Vaughan scored they had the gap back to two points. That was the margin that still separated the sides in the 22nd minute, following a lovely point from Bally' sub Tommy Sweeney, although scores for Hewitt and Whelan ensured Ardfinnan led by four at the interval (1-7 to 1-3).

Ardfinnan set down a marker on the resumption with two early scores from Billy Hewitt (the first a free) to stretch their lead to six. Ballyporeen responded with two points from inspirational county captain Conor Sweeney but four points was as close as they could get to Ardfinnan, who always did enough to keep them at arm's length.

For the rest of the game Ballyporeen were forced to work overtime for scores. And whenever they managed to raise white flags they were frustrated when Ardfinnan quickly replied, especially when Luke O'Brien and Billy Hewitt found the target after Bally' had brought it back to 1-9 to 1-5.

Ballyporeen kept pressing right to the end, with Conor Sweeney popping over the final two scores of the afternoon from frees. However the five points margin was just about a fair reflection of the difference between the sides.

Sharpshooters Gavin Whelan, Michael Barlow and Billy Hewitt led the way for Ardfinnan. Luke O'Brien was another thorn in the Ballyporeen defence while further back the field captain Gerry Cronin, county player Colm O'Shaughnessy and Colin O'Gorman provided them with plenty of momentum.

Following their second defeat, Ballyporeen look as if they'll have a battle to preserve their senior status. Captain Conor Sweeney, John O'Callaghan, Adrian English and substitute Tommy Sweeney all had their moments but as a team they never scored enough to trouble Ardfinnan.