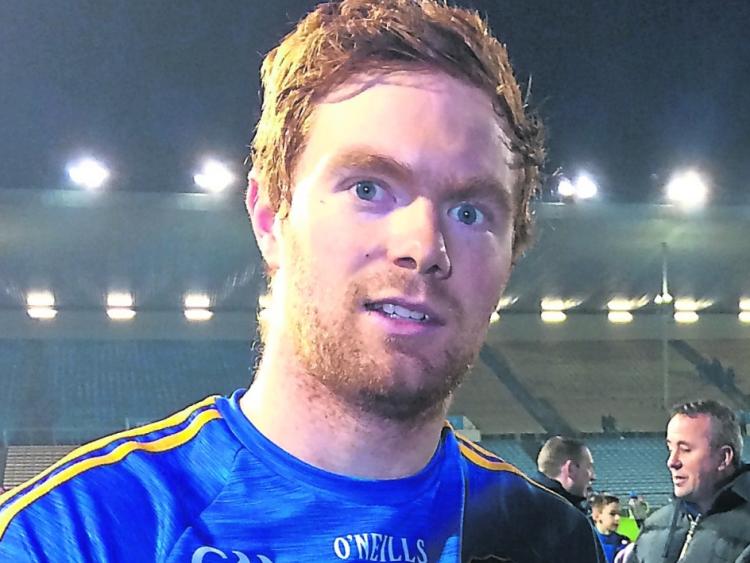 This Seamus O'Riain Cup county senior hurling championship game in Dundrum on Sunday evening was won and lost in the opening seven minutes, when Silvermines blitzed St. Mary's to open up a nine-points lead.
The Clonmel team benefitted from a fast start when they won their opening game against Ballina. But this time the match started without them and they paid the price.
Despite a gallant effort by St. Mary's, the damage had been done early on and the foundations laid by Silvermines during the early exchanges ensured they had enough in reserve to withstand the Clonmel team's late pressure.
With all four teams in the group on two points, the two sides to qualify for the quarter-finals won't be decided until next Sunday's final round of matches, when St. Mary's play Templederry Kenyons and Silvermines face Ballina.
Two points from Brian Seymour inside the opening minute, followed by an Orrie Quirke point and a Ruairi Maher goal a minute later, got Silvermines off to a flying start.
Gearoid Buckley replied for shell-shocked St. Mary's with the first of his five converted frees. But the early momentum was firmly in favour of the north team and after Orrie Quirke converted a free, Stephen Ryan capitalised on some indecision in the Clonmel defence to score their second goal and make it 2-4 to 0-1 after just seven minutes.
Silvermines were much more decisive in thought and deed all over the pitch in the opening half and were good value for their 2-13 to 0-7 half-time lead. They could have been further ahead had it not been for eight wides that they also struck in the first period, yet the 12-points difference between the teams at the midway stage was a fair reflection of their dominance.
St. Mary's managed just three points by the 15th minute, the others coming from Richie Gunne and Jason Lonergan, although they had a half-chance of a goal when Ross Peters' low shot was turned away for a '65 by Silvermines goalie David Shanahan.
With Mark Daniels prominent at midfield, Orrie Quirke, Stephen Ryan and Brian Seymour were the stars of the Silvermines attack and they had extra artillery in the form of Jason Forde's frees. The county player lined out at centre back and scored eight points from placed balls, seven of which were struck from well inside his own half.
It will be some consolation for St. Mary's that they "won" the second half by 0-11 to 0-5. The odds were stacked against them when the teams changed ends, but the Clonmel outfit refused to throw in the towel. They had the opening three scores of the second half from frees, the first from Seamus Kennedy followed by Gearoid Buckley's brace, as they began to salvage some element of respectability from the tie. Jason Forde replied with one of those booming frees but Mary's were doing most of the pressing and Seamus Kennedy (also from a long-range free), Sean Kennedy and Conor O'Sullivan kept them in the groove with scores.
Two points in a minute from Orrie Quirke steadied Silvermines, but by the final whistle St. Mary's had sowed some seeds of doubts in the Silvermines' minds.
County player Seamus Kennedy drove Mary's forward as the second half progressed and he had their next six points, while substitute Darren Cass had a goal-bound effort blocked by David Shanahan with the game in its dying embers, as their late rally ran out of time.
As St. Mary's prepare for their final group game against Templederry, they'll take enormous encouragement from the performances of Jamie and Ross Peters, Seamus and Sean Kennedy, Paul Nolan, Richie Gunne and Liam Ryan, who gave everything for the cause.
But if they're to progress to the last eight they simply cannot afford to make another slow start.