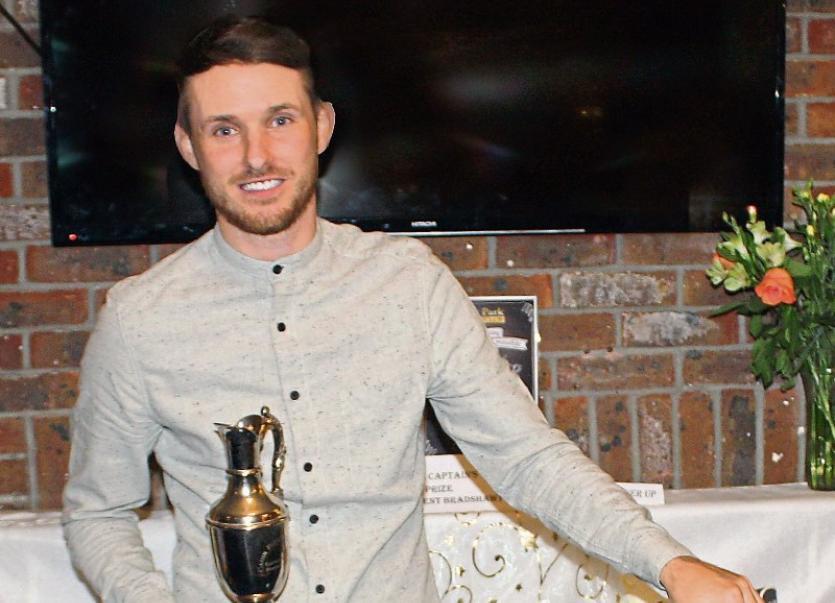 Darren Sweeney won the Captain’s Prize at Cahir Park Golf Club. Darren shot an opening 66 and held off strong competition in the play-off to claim the Claret Jug

The clubhouse was a hive of activity on Friday with the preparation team in full swing.

There were goody bags galore and a big chance to win a giant TV with the hole-in-one competition (€5 for attempts at all 4 of the par 3s) – all kindly sponsored by Cahir House Hotel.

The course was absolutely gleaming, with thanks to the great effort by Super Dec Walsh and his hard-working greenkeeping staff.The fun kicked off at the first tee-off at 2pm on Friday.

The grub was mighty, and the bar was buzzing even with the social distancing – huge credit to Keith and all his staff for providing an excellent service throughout the weekend.

Sure enough the dapper Eamon Williams was the man on hand to hole out on 16 and claim the hole-in-one prize - congratulations Eamon - (don’t forget to email the GUI) –a Hugo Boss watch, a few bob in the bar and also a big plasma TV, very nice.

Onto Sunday evening and the top 24 golfers of the weekend pitted their skills against each other in an exciting 12-Hole play-off. Leading going into the play-off was Bunty Flannery and Darren Sweeney with a pair of excellent 66s.

Claiming the Claret Jug - and putting the scorecheckers through their paces with a nervous countback – the top spot was claimed by Darren Sweeney. It was great shooting from Darren right from the off and holding off strong competition in the play-off to just snatch it.

Just pipped to the prize on that countback and coming second was Patrick Hickey - a great showing from the junior golfer who we are sure will go on to greater things.

The Past Captain’s winner was Lee Grogan, with Billy Callanan claiming the Senior prize. The leading qualifier was Bunty Flannery, with Luke Healy taking the Junior Prize.

Captain Vincent Bradshaw thanked those who entered the competition, as well as paying tribute to both the course and bar and restaurant .

He also praised those who helped out in any way over the year, particularly club Chairman Stephen Kirwan, Vice-Captain Francis McCarthy, Lady Captain Susan Carey and President Millie Webb, while paying tribute to his wife and daughter for their support to him as captain.