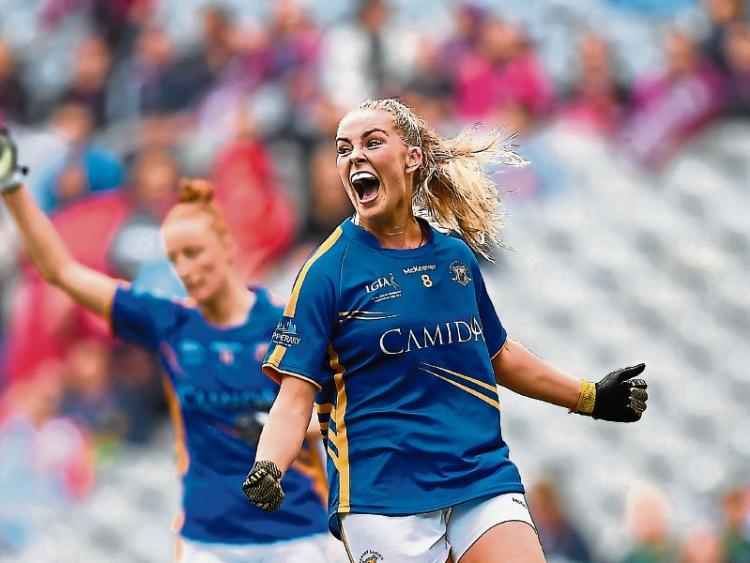 “You invest all your time in being a better athlete and a better footballer”, says Cahir’s Aisling McCarthy, who has signed a two-year deal with West Coast Eagles in the Australian city of Perth

She acknowledges that moving from one club to another is an “alien” concept for GAA players, but Aisling McCarthy admits she’s excited about returning to Australia later this year to play for West Coast Eagles in the Australian Rules Football League.

The 24 year-old flew home in March following a six-month stint in Melbourne, where she played with Western Bulldogs.

The Cahir player will be packing her backs for a return journey to Australia, this time Perth, in time for the start of pre-season training on November 4 with West Coast Eagles, the club having presented her with an opportunity and a two-year contract she “couldn't refuse.”

The season will start in February and continue for ten weeks before she comes back to Ireland in April.

Aisling says she’s very grateful to Western Bulldogs for everything they did for her during her last spell Down Under.

”The club took a leap of faith, as I had never played Australian Rules football before. They invested a lot of time in me and helped me develop as a player.”

She says the foundations laid down during that time will help her in the future, and now she’s looking forward to a new challenge with West Coast Eagles.

Becoming the first Irishwoman to move from one Australian Rules club to another, she will be part of an Irish contingent at the Perth club that includes Mayo sisters Grace and Niamh Kelly.

“They only have great things to say about the club”, says Aisling, who will also be reunited with Belinda Smith, who’s originally from Perth and who she knows from her time with Western Bulldogs.

Aisling says that women’s footballers in Australia don’t make “a whole pile of money”, unlike other sportspeople.

But there are many other advantages to playing the game professionally.

“You invest all your time in being a better athlete and a better footballer. You plan your day around getting the best out of yourself.”

It also allows her to enjoy the best of both worlds, spending six months in Australia and the rest of the year at home. “It’s not like you’re saying goodbye to your family for a year or two.”

She describes her parents Margaret and Karl McCarthy as her “biggest supporters and biggest critics”, offering her honest assessments after each performance.

“They’ve been very supportive and have been on the sideline since I was very young. They’ve also helped out with underage teams and it’s nice that they’ve followed my journey so closely.”

Before jetting out to Perth she will line out with the Cahir club and will also link up with the Tipperary team, last year’s All-Ireland intermediate champions who are now relishing their return to the senior ranks.

Aisling is grateful to the Tipp management and players for allowing her to rejoin the panel and fight for a place on the team. She has committed to play in the group stages of the All-Ireland championship, which run up to October, and could remain if Tipp progress to the knockout stages.

“It’s great that there’s no relegation this year, as that removes a lot of pressure”.

Tipp came straight back down in 2018 after their last promotion and as they look to consolidate their senior status she says they don’t want to be known as “a yo-yo team.

“In the last two seasons the girls have shown they can perform against the best.”

Tipp are in a group with Galway and Monaghan and when they play Galway, last year’s All-Ireland finalists, she says it will be a case of “just going for it.”

As the sporting world continues to return to some sort of normality, Aisling says that initially lockdown was “a breath of fresh air”, as she had the opportunity  to spend time with her family and stay at home.

Players challenged themselves with different fitness routines, but as the weeks passed she says it was more difficult to stay focused and motivated.

“I was glad when we could go back training and on the social side it’s nice to meet up again with team mates you wouldn’t have seen for a few months”.

After more than three months of inactivity on the playing fields, Aisling McCarthy will have enough going on in the northern and southern hemispheres to keep her occupied well into next year.