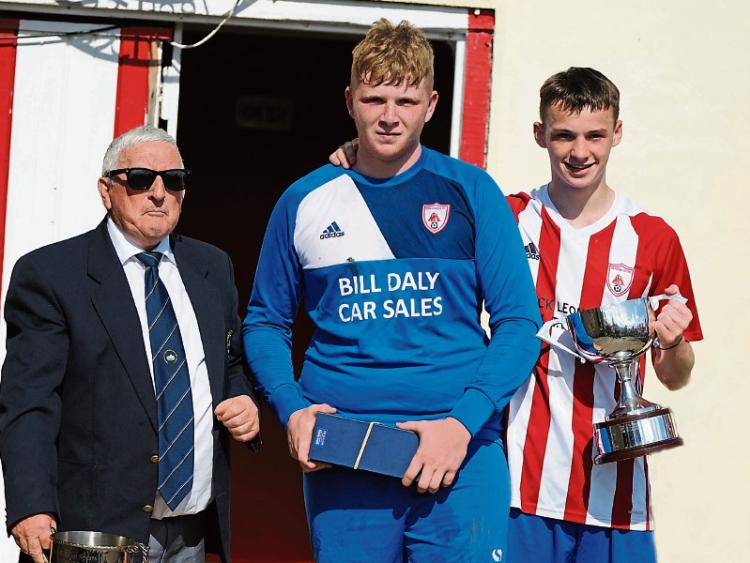 The combination team of Bansha Celtic and Tipperary Town completed a historic double on Saturday afternoon when they added the Tipperary Cup title to the league title they won the previous weekend with an excellent performance against Tipperary youth heavyweights Clonmel Town at Celtic Park, Bansha.

Played on a fine sunny afternoon in front of an expectant crowd, the home side produced a cagey, nervous start, with the visiting team dominating possession.

However Clonmel Town never looked like they had the ability to break down a stubborn and well-drilled home defence.

And once the home side settled, they took the lead in the 32nd minute with a very well-created effort that saw Anthony Harding played in to beat the ‘keeper and poke home from close range.

The same player doubled the lead five minutes later when he fired an unstoppable volley from the edge of the area, and the home side carried that lead to the break.

The Clonmel side continued to battle, however and brought the deficit back to a single goal on the hour mark when a long throw into the box wasn’t cleared and Jack Dwyer was on hand to fire into the bottom corner of the net.

The visitors were well on top at that stage, creating good chances but were unable to apply the finish and level the tie. 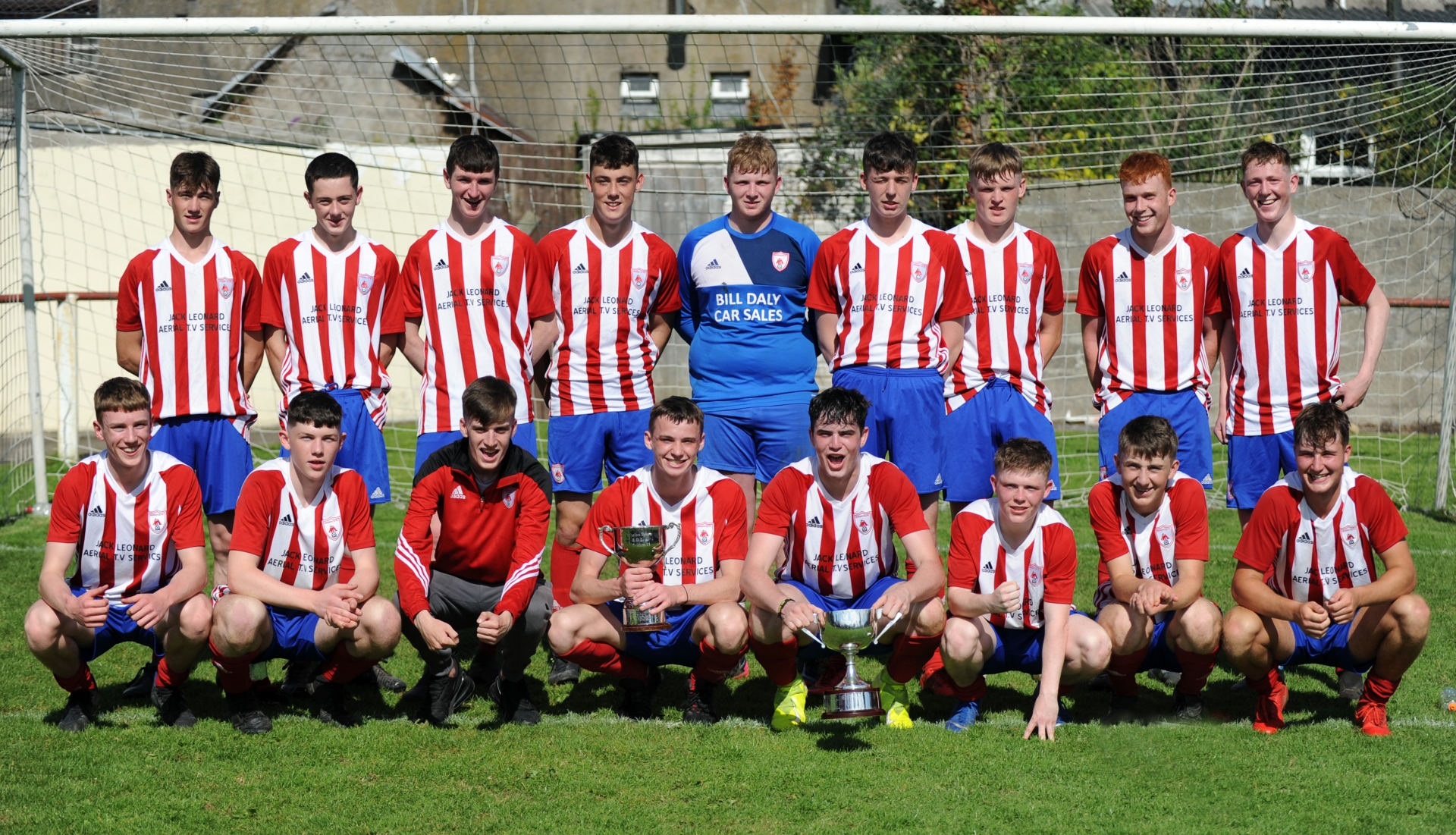 Above: The Bansha Town team that beat Clonmel Town in the Tipperary Youth Cup Final

With just three minutes left, however, and desperately pushing forward, they lost possession and Bansha broke quickly, only being stopped by a rash tackle in the box, which saw a penalty awarded.

Bradley Barry capped a fine performance by keeping his cool and smashing home to make the score 3-1 and ensure that his side would complete the historic double to the delight of everyone in their camp.