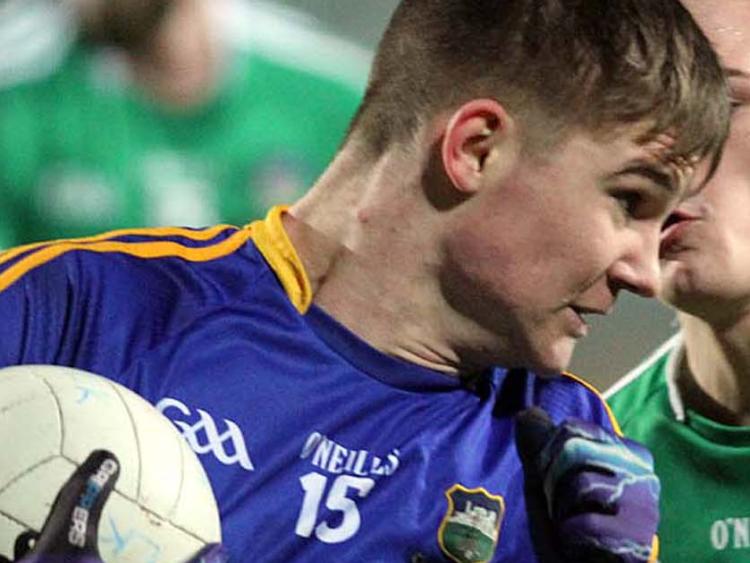 Kilsheelan Kilcash reached the semi-finals of the FBD Insurance county senior football championship courtesy of this big win over Aherlow at New Inn on Sunday afternoon.
The south team finished level on points with last year's finalists JK Brackens at the top of group 2. But their superior scoring difference has put them through to the last four along with Moyle Rovers, Loughmore/Castleiney and holders Clonmel Commercials.
Aherlow battled gamely throughout this tie but they couldn't live with the pace at which Kilsheelan performed and the tempo they set from the start, as they moved the ball swiftly and fluently around the pitch.
Kilsheelan dictated the terms of engagement from the time that Brendan Martin gave them the lead with a converted free inside the first minute.

A fine point from Mark Russell pulled Aherlow level but the men from the glen soon began to disappear in Kilsheelan's rear view mirror. They were six points clear, 0-9 to 0-3, when two goals in the space of a minute put them on course to lead by 2-10 to 0-5 at the midway stage.
The first arrived in the 23rd minute when Paul Maher collected Daire Brennan's pass and transferred the ball to Billy O'Connor, who sidestepped Aherlow goalie Jack Whelton before slotting the ball into an empty net.
Aherlow were hit with another sucker punch within a minute when Aidan Keane poked home the second goal, and suddenly the west team found themselves 12 points in arrears.
That margin could have been greater had it not been for Jack Whelton. The Aherlow goalie saved Mark Stokes' goal-bound shot in the third minute and later in the half he beat away Brendan Martin's low effort, as Kilsheelan went hunting for more goals.
Kilsheelan have a fit, young and hungry outfit who have been a coming team for the past couple of years. Few could deny that they deserve to be involved in the concluding, knockout stage of this abbreviated championship, and whoever provides the opposition in the semi-final they'll approach the game with renewed confidence after this convincing display. A tally of 3-20 is also sufficient to make the other semi-finalists sit up and take notice.
Brendan Martin was the fulcrum of the attack and finished with 12 points, including seven from play. He had ample support in attack from Paul Maher and Billy O'Connor.
Mark Kehoe ran the show at midfield, while Daire Brennan and Bill Maher were not only vigilant in defence but always willing to get forward.
Eleven points ahead at the interval, Kilsheelan Kilcash soon took up where they left off when play resumed. Mark Kehoe had a point in the 35th minute and two minutes later they rubbed more salt into the Aherlow wounds when Paul Maher scored the third goal, with the assist provided by Daire Brennan.
Aherlow were chasing a lost cause from the time that Kilsheelan scored those two goals late in the first half. But they never gave up and Barry Grogan had the consolation goal that he and his team deserved when he shot low past Kilsheelan goalie Evan Comerford with eight minutes of normal time remaining.
Barry Grogan had led Aherlow's spirited resistance throughout, with Cathal Dillon (always an effective target man), Mark Russell, Tom O'Donoghue, Tadhg Carew, Sean Kiely and Seamus Grogan also giving everything for the cause.