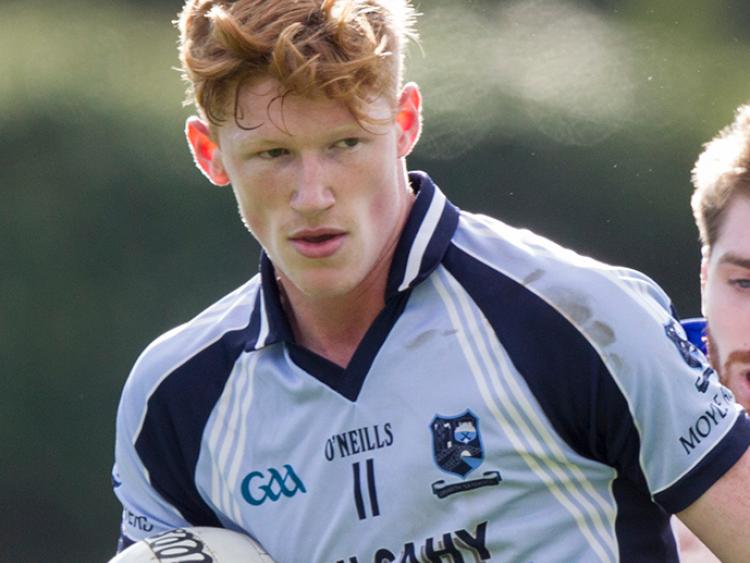 Stephen Quirke of Moyle Rovers, who beat Eire Og Annacarty/Donohill 1-19 to 1-7 in their final group game on Sunday evening

Moyle Rovers have been joined by holders Clonmel Commercials, Loughmore/Castleiney and Kilsheelan Kilcash in the semi-finals of the FBD Insurance Tipperary county senior football championship.

Moyle Rovers were the only team assured of a last four spot before this weekend's final round of matches in the group stages.

Meanwhile, Aherlow, Galtee Rovers, Ardfinnan and Eire Og Annacarty/Donohill will contest the relegation semi-finals to decide which team makes the drop to the intermediate grade.

The draw for the semi-finals in both the county senior championship and senior relegation play-offs will be made tomorrow night, Monday.

The draw for the semi-finals of the FBD Insurance intermediate football championship and the relegation semi-finals will also take place on Monday night.

Rockwell Rovers, Moyle Rovers, Fethard and Grangemockler Ballyneale will contest the championship semi-finals, while the relegation play-offs will be decided between Cashel King Cormacs, Borrisokane, Fr Sheehy's or Golden Kilfeacle and Kiladangan.

The semi-finals of the senior and intermediate championships will be played over the weekend of September 6, unless football and hurling teams from the same club are doubly involved in the concluding stages of their respective championships.