Event gets underway this Saturday 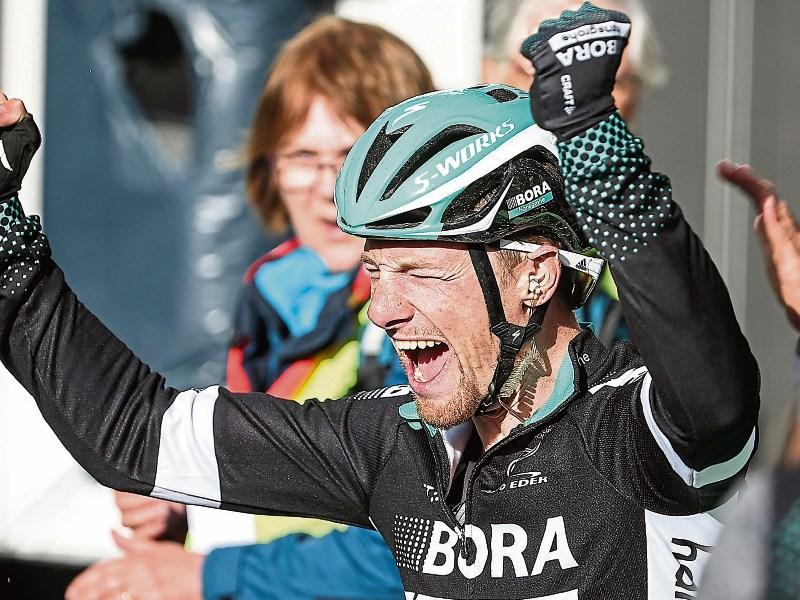 Julian Alaphilippe and Sam Bennett will lead Belgian cycling team Deceuninck-QuickStep at the Tour de France, which gets underway in Nice on Saturday.

Carrick-on-Suir cyclist Bennett will lead the line in bunch sprints in an event in which Alaphilippe gave a remarkable performance last year, when he led the race until the final Friday.

Bennett returns to the Tour for the first time in four years and will be looking to add a stage win at the Grande Boucle to his previous successes at the Giro d’Italia and the Vuelta a España.

He warmed up for the race with stage wins at the Vuelta a Burgos and the Tour de Wallonie, but sprint opportunities are at a premium on the 2020 Tour route.

Michael Mørkøv will serve as Bennett’s lead-out man in the sprints. Tim Declercq will again be a regular presence at the head of the peloton, while Dries Devenyns will play a key role as Alaphilippe’s most trusted domestique.

All three weeks of the Tour will be broadcast live on TG4 from this Saturday to the final stage on the Champs-Élysées on Sunday September 20.

There will be an average of five hours of live coverage each day, as well as a daily half-hour highlights programme every night at 9pm that will include all the action from the day’s racing as well as previews, results and interviews.

Commentary will be provided by Páidí Ó Lionáird and Pádraic Ó Cuinn.

The Tour will also be broadcast live on the TG4 Player on http://www.tg4.tv