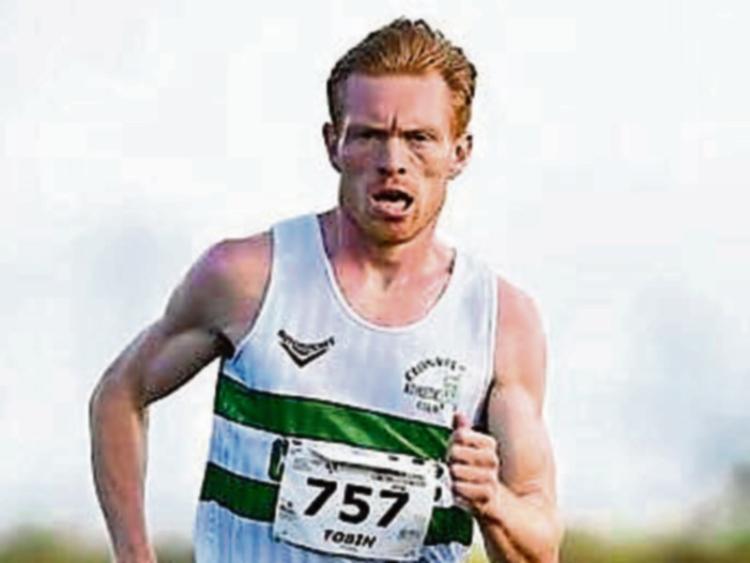 Gold and silver medal performances in the 10,000 metres and 1,500 metres at the recent national senior athletics championships were an accurate indicator of Sean Tobin’s ability over a variety of distances.

Now he’s about to underline that versatility by diverting his focus towards the marathon, a career move that the Clonmel man hopes will take him all the way to Tokyo for next year’s delayed Olympic Games.

“That’s the long-term focus”, he says.

“If the European cross-country championships (they have since been cancelled) don’t go ahead because of Covid-19, then I’ll be looking at running a marathon.”

He believes he’s capable of breaking John Treacy’s longstanding Irish record for the marathon, which stands at 2 hours, 9.15 seconds, and is hoping to be one of three Irish qualifiers selected to take on the gruelling 26-miles event in Tokyo next summer.

“The hard thing with the marathon is that the maximum you’ll get is two opportunities because it’s hard on the body”, he says.

“There are a lot of things that can go wrong, it’s not just fitness that carries you. There are other simple things such as the weather. And if it doesn’t go right you just can’t decide to run another one next week.”

A series of tests carried out since linking up with the Dublin Track Club led to him being advised by coach Feidhlim Kelly and former world boxing champion Bernard Dunne that the marathon would suit him better than middle distance events.

Similar advice was offered by Nic Bideau (Sonia O’Sullivan’s husband), the director of the Melbourne International Track Club, when Sean was training in Melbourne.

“It made sense to me because I haven’t been kicking on at the middle distances from when I was 19 (he's now 26).”

However his self-confessed inability to progress in the manner he would prefer at the middle distances hasn’t stopped him winning gold (in 2017) and silver (this year) in the national 1,500 metres finals.

Last month’s 1,500 metres final was one of the most exciting of the championships, when Sean lost out by just 200ths of a second to his training companion Paul Robinson.

“The Morton Stadium was empty but you could still feel the energy in the air after the race”, he says.

“I had never been in a race like that before, I came across the line and I didn’t know who had won.

“My heart sank into my stomach when I heard Paul’s number called. But it was a lot easier to lose to someone like Paul. I know him well, I’ve trained with him and he has worked hard to return from injury”.

Sean’s disappointment turned to joy a week later when he returned to the Santry Stadium and won the 10,000 metres. What’s not generally known is the story behind that success, which meant he had to cross the pain barrier to strike gold.

“That was my first 10 kilometres race on the track and I knew that running 25 laps would be daunting.

“I had an issue with gluten, it was pinching on a nerve and it built through the race. I had pins and needles in my foot and eventually my left leg went numb and I couldn’t feel it.”

After the 1,500 metres final, he said his desire to bring back a national senior title to Clonmel Athletic Club was the motivation to go one better in the 10,000 metres.

“We’re fortunate to be competing, and it’s good to have the opportunity just to compete with the Covid-19 restrictions.”

He has also paid tribute to Anthony Moynihan, his coach at Clonmel AC.

“Anthony took over the coaching when I was 14, and I still chat to him. We had a nice group that included James Murphy, Michael Carey and Evan Egan. We were learning together and over the years Anthony’s knowledge of the sport improved hugely.

“Anthony is a people person and had a great ability to get us to focus on things, and give us lessons in the sport that we could carry over into our everyday lives.

“He never raised his voice, yet his message came through clearly and he knew how to motivate us as athletes. He has seen us develop and he knows how I operate best, mentally and physically”.

Sean is also keen to praise Feidhlim Kelly, the coach he has teamed up with at the Dublin Track Club, a group based on the Melbourne model and which includes many athletes who have graduated from university.

“It gives athletes an opportunity to focus full-time on athletics and who see it as a career”, says Sean, who wants to help those athletes making the transition from university, while also raising the standard of Irish distance running and reclaiming the era in the 1980s when the country was competitive on the European and world stages.

“Feidlim is young for a coach, he’s only 36”, says Sean. He’s very passionate about the sport, is constantly learning and is involved in every area of the sport.

“He helped me settle back in Ireland when I returned from the United States. He is fantastic and has helped me to relax a lot more. He is focused on the process rather than the results.

“I had been letting the sport control my happiness but Feidhlim has helped a lot in that regard and has helped me put things on a more even keel”.

He was pursued by numerous American colleges to take up an athletics scholarship as far back as his Transition Year in Clonmel High School before settling on ‘Ole Miss’, the University of Mississippi, when he made a big impression, as his success continued.

Since his return he has experienced the highs and lows of the sporting life. Injury, in the form of hamstring tendinopathy, ruled him out of action for several months last year. He suffered the injury while training with the Melbourne Track Club in Spain.

“It got to the stage where I couldn’t sit down on a chair for five minutes. It affected me for four months. Even today if I’m sitting for a half an hour in a car I can feel it, and I avoid sitting on hard surfaces such as a wooden chair. I also have to avoid higher intensity speed work.”

He only resumed running at the end of September 2019 following that lengthy lay-off, but still managed to turn in a phenomenal performance to finish 18th in the European senior cross-country championships in Lisbon in December.

That performance ensured that his 15th, 10th and 18th place-finishes in the previous three years have marked him apart as the most consistent Irish male athlete at these championships in the past decade.

Before picking up that injury Sean also competed at the World cross-country championships in Aarhus, Denmark, where he finished 62nd; and was placed fifth in the heat of the 3,000m at the European indoor championships in 2019, just missing out on a place in the final but running a season’s best of 7.56.29.

According to Sean, it would have been been “brilliant” to run again in the European cross-country event on home soil. It was an event that he attended as a 15-year-old when it was held in Ireland in 2009, travelling to Dublin on a bus with a group from Clonmel AC.

Last year’s European championships was followed by a trip to Australia from January to March. A planned training camp at Falls Creek had to be abandoned when he was forced to turn back 20 minutes from his destination because of the bush fires raging through Australia, and alternative plans had to be made.

“There was just smoke everywhere, it was difficult to see”, he says.

Son of Angie and Anthony Tobin from Carrigeen, Clonmel, Sean had another important date in his diary last week before his thoughts turn to Olympic qualification.

Last week he competed as a pacemaker at a Diamond League meeting in Rome, as part of the series organised by World Athletics, when he turned in another tremendous performance.