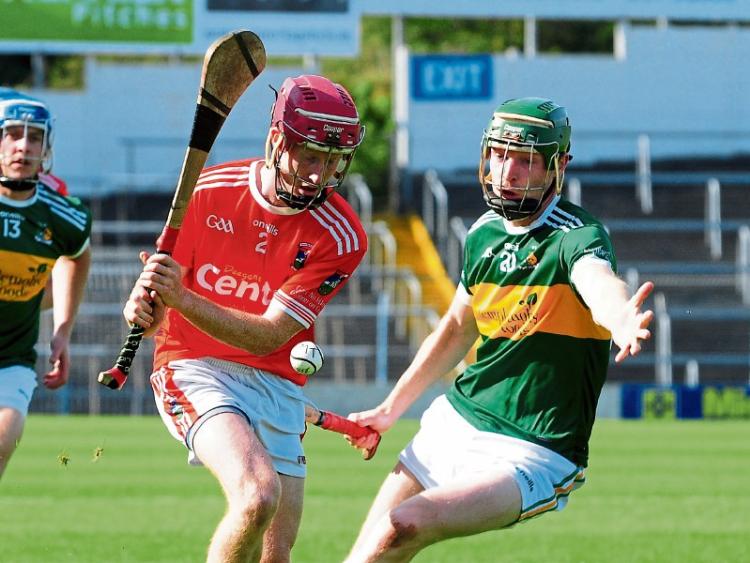 So, was it Tipperary’s greatest-ever county final then?

The rave reviews have certainly poured in since Kiladangan and Loughmore/Castleiney collided just over a week ago.

As a showcase for the county’s club scene, this was the type of PR that no money could buy. Who wouldn’t want their kids involved in a sport that could serve up such a dazzling spectacle?

This was hurling at its most delightful. Without a blow being struck in anger, two exemplary teams served up a feast of everything that’s beguiling about the old game.

You had a marvellous ebb and flow to the contest. Sustained uncertainty kept everyone riveted to the action. Incredible scores at both ends added a certain wow factor.

Extra time prolonged the excitement and then just when we thought John McGrath had sealed the deal up stepped Bryan McLoughney with the finale of all finales. It was McLoughney’s Seamus Derby moment, one that will cling to him for the rest of his life.

There was a touch of romance to Kiladangan’s first-ever win. We love newcomers to the top table. They bring freshness and novelty, as well as a message for others that anything is possible.

If Kiladangan can do this then why not umpteen other clubs who have never trod this particular path. Kiladangan’s achievement allows others to dream.

And dreaming is an essential part of the whole scene. For the vast majority of teams each year ends in failure.

Yet come spring time the dream boat sets sail once again. Plans are hatched, strategies put in place and even the lowliest believe that success is possible.

Kiladangan’s great deed will further fuel that sense of the possible in 2021.

TG4’s presence at Semple Stadium brought the great show to the nation. A nation held its breath, surely, as young McLoughney delivered one of the most famous goals ever witnessed in a county final.

In the helter-skelter breathlessness of it all I got totally carried away, believing somehow that John McGrath’s ‘65’ had put Loughmore two-up and Bryan McLoughney had no choice but to go for broke.

The fact that he had a choice and could have sent the match to penalties makes the finish all the more audacious. There was something almost brazen about a lad saying to hell with safe options, I’m going for the jugular here.

Last year Borris-Ileigh rehabilitated the perception of Tipperary’s club scene. For so often our club champions had looked second rate in the Munster and All-Ireland series.

The fact that our last club champions were the same Borris club back in far-off 1986/87 was a major blemish on our reputation.

Borris didn’t entirely erase that blemish but they did restore faith significantly. Their journey through Munster and on to an All-Ireland final appearance reinstated the reputation of Tipperary’s club game.

Only the greatness of Ballyhale denied them at the end, but nobody could deny that they were among the elite clubs on their achievements last year.

Kiladangan will have no chance to test their credentials in Munster this time - which I suspect won’t unduly bother them - but the county final has surely elevated Tipperary’s club standing yet again after such an astonishing spectacle.

With hopelessly one-sided finals in Limerick and Kilkenny it was Tipperary’s knife-edge drama that set hurling tongues wagging.

Incidentally, I wasn’t the only one to get carried away with it all. Didn’t the Irish Independent put Bryan McLoughney and Sam Bennett together as the joint sports stars of the week.

Maybe the Tipperary connection shared by the pair proved irresistible for the editor, but it’s probably a bit much to put a single moment of magic in a county final on a par with a green jersey in the Tour de France. Still, it shows how McLoughney’s goal caught imaginations.

Before leaving the county final there are a few other points worth mentioning. For many years our championship system in Tipperary was an unholy mess. It was convoluted, with inbuilt tie-ins and contradictions and ridiculous layers. However, the grading system of recent years has finally brought some sanity to the madhouse.

We now have stand-alone senior A and B championships involving teams who are there on merit. Some will bristle at the A/B categorisation - to which I say get over yourself, that’s what they are. The breaking of the link between the two was long-coming but necessary.

Covid, in all its nastiness, has brought us the second great development, which sees the link with the divisional championships finally broken as well. There can be no going back on this.

Finally, we must spare a thought for Loughmore and Castleiney. It takes two to tango and great finals need two teams to produce a truly memorable spectacle.

Loughmore’s tantalising near miss in the football decider also has only added to the sense of an unjust God torturing the brave.

They’ve contributed hugely to a great club season in both codes, and now slip away empty-handed after all their gallant effort. They’re hurting now but I know of no other club with the grounded personalities of the McGraths and company, which will help them over these knocks.

The intermediate final on Sunday was an all-Mid affair, and like the Dan Breen and the Seamus O’Riain it was a contest of merit. 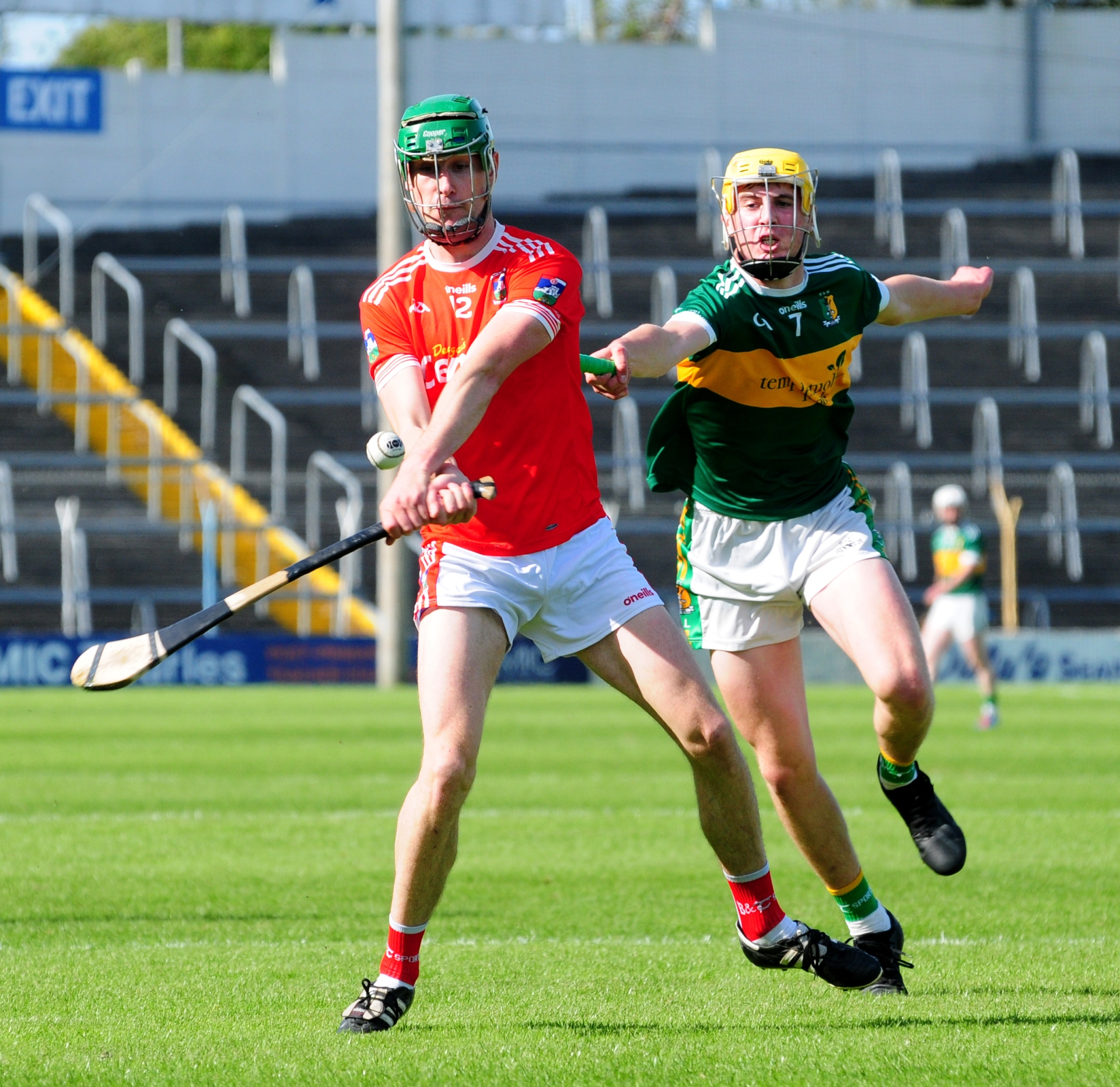 Above: Dermot Lehart goes for a score for Gortnahoe Glengoole despite the best efforts of Moyne Templetuohy's Ciaran Lloyd in the FBD Insurance County Intermediate Final. Photo: Eamonn McGee

Outsiders Gortnahoe/Glengoole mined two precious second-half goals that tipped the scales their way in a tightly-fought affair with Moyne/Templetuohy.

I fancied Moyne in advance of this tie but they disappointed. From early in the action it was clear that Gortnahoe had that bit more bite to their play, chasing down opponents with numbers and generally driving into the collisions with enthusiasm. Moyne looked to me like a team that expected to win; Gortnahoe wanted it more.

There was little in it in the first half. Gortnahoe started best but Moyne rallied in the second quarter and were just two behind at the interval. Midway through the second half Gortnahoe hit a crucial goal, Kevin Slattery the finisher – he hit two against Kickhams in the semi-final.

It seemed a crucial strike at the time and so in transpired. Niall Russell had a great chance of a Moyne goal but the Gortnahoe defence scrambled clear and it was Keane Hayes who polished it all off with a second major for the winners deep into injury time.

Hayes was the hero of the day for Gortnahoe, scoring 1-14, 1-4 from open play. Ronan Teehan too contributed well with three points from play.

Credit the Gortnahoe defence also with a really tight display, ensuring that the likes of Conor Bowe remained scoreless for Templetuohy.

It’s only Gortnahoe’s second intermediate crown ever, their first since far-away 1988. They now join the Seamus O’Riain for 2021 and a pretty daunting Mid championship. They’ll find next year challenging but for the moment they’ll rightly revel in a major breakthrough.

For Moyne it was a let-down. Gearoid O’Connor and Tossy Hamill were their best but as a team they were simply outfought.

The first of the divisional senior hurling finals took place at the weekend, with Clonoulty and Timmy Hammersley consolidating their iron grip on the West.

I’m told Eire Og Annacarty were game as ever but simply out-gunned by the better side. Clonoulty have now taken 11 of the past 14 West championships. Elsewhere that’s called monopoly.

I suppose it’s minor compensation for Clonoulty for disappointment in the county series. Incidentally I didn’t see the game – or even part thereof - being the only one, apparently, unaware of a change of venue.

Finally, the ladies footballers of Cahir had their expected win at the weekend after they withdrew from the junior camogie final in protest over the fixing of the games so close together. It’s a controversy that has got national coverage.

I wouldn’t dare to even attempt to untangle the rights and wrongs of this dispute. I suspect the version of events would vary widely depending on your source.

So, I’ll simply say this: surely there’s enough sensible people in both organisations to bang heads together and sort out what is a ridiculous mess that reflects very poorly on both their houses.