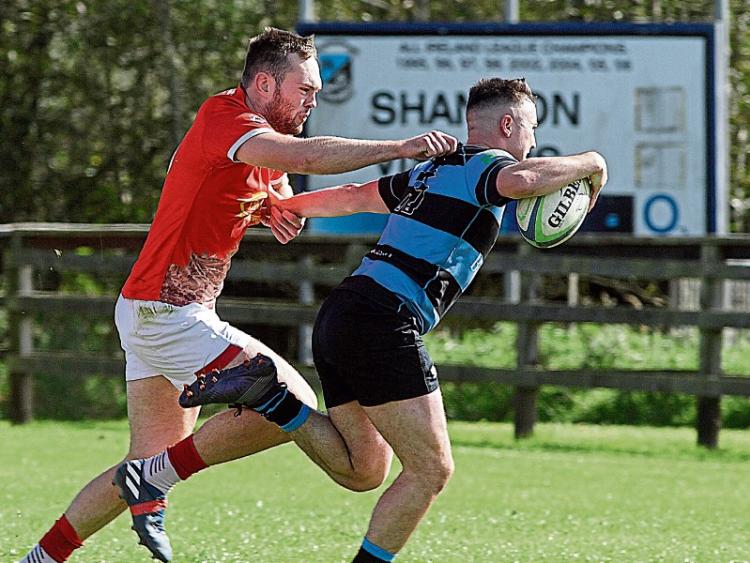 With the All Ireland League on hold until January and the Munster Senior Cup at the semi-final stage, attention has turned to the Energia Community Series, which in effect is a Munster Senior League.

Cashel and Old Crescent opted to join the Division 1 clubs in conference 1 and Cashel travelled to Coonagh, Limerick on Saturday last to take on Shannon.

Over the years Cashel have produced some giant-killing performances and last Saturday’s can be ranked up there with the best of them.

From the outset Cashel were not overawed by their more illustrious opponents and at the end of the game came away with a bonus point win.

Four minutes into the game Richard Kingston fielded a high ball on half way and ran into Shannon territory. Shannon infringed and Daragh Lyons kicked to the five metre line. Cashel won the lineout set up the maul and James Kendrick barged over for a try.

Four minutes later Shannon  ran the ball from deep inside their own half to score under the posts to go 7-5 ahead. Ciaran Ryan made a wonderful break and was held up just short of the line.

With Wilson, Fearghaill O’Donoghue and Aidan Butler lording the lineout, they won all of Cashel’s and disrupted most of Shannon’s.

On the quarter hour Cashel were awarded a number of penalties, kicking one to the corner. Again the maul worked very effectively and Cathel Ryan put Cashel ahead with another try, which Daragh Lyons converted.

On 23 minutes a sweeping Cashel backs movement brought play inside the Shannon half. Ciaran Ryan took it from there, charging through the Shannon defence to score another try, which was converted by Daragh Lyons.

Cashel were reduced to 14 men with a yellow card for a high tackle. Shannon put the pressure on but heroic Cashel defending held the line intact until the half-time whistle, with Cashel leading at the break by 19 points to 13.

From the kickoff Shannon ran at Cashel. A tackle went in and Jack O’Rourke won a loose ball, which was swept through the hands of Conor Cashman, Alan McMahon and Ciaran Ryan, who made twenty metres and passed to Alan McMahon who again who scored a fine try in the corner. Five minutes later Shannon missed a penalty opportunity.

Cashel at this stage were totally on top. Josh Pickering, who had a fine game and pulled the strings at scrum half, put a grubber kick to the corner, keeping Shannon in their own half as they kicked for touch.

Cashel won the lineout 35 metres out and drove Shannon to their own line. Shannon had no answer and collapsed the maul. The referee awarded Cashel a penalty try, which put them ahead 31 points to 13.

After 60 minutes Cashel were down to 14 men again because of an infringement at the breakdown. Cormac O’Donnell won a good ball on the ground and once again Daragh Lyons kept Shannon pinned back.

With 11 minutes remaining Shannon ran from inside their own 22 and scored a converted try. Back came Cashel carrying strongly. They were awarded a five metre scrum, and Mikey Wilson carried over the line but was held up. From the scrum they flashed to the wing and Alan McMahon dived over for his second try.

A lead of 36 points to 20 and five minutes on the clock looked comfortable for Cashel but nothing could be further from the truth. Shannon ran at every opportunity and scored two unconverted tries with the devastating pace of their backs.

Additional minutes were added but Dan O’Neill put a crucial kick into the corner to keep Shannon in their own half and Cashel closed it out for a famous victory.

Half backs Josh Pickering and Daragh Lyons pulled the strings. Oisin O’Sullivan was solid at full back. The other backs  were solid in defence and ran at every opportunity.