Ben Healy and Tommy O'Donnell star in win over Edinburgh 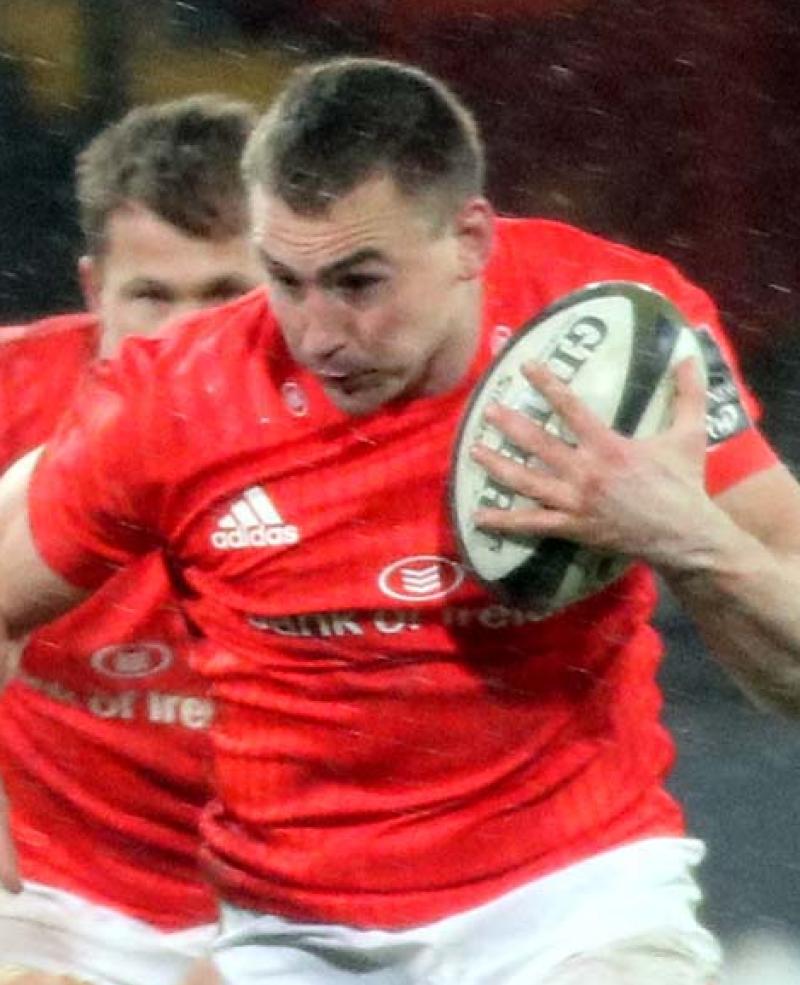 Tommy O'Donnell was on the Munster team that beat Edinburgh in the Guinness Pro14 league on Saturday, but retired injured towards the end of the first half

Healy's last-minute penalty ensured Munster's victory over Scarlets seven days previously, and the out-half's conversion of CJ Stander's late try made it two wins from two in another dramatic win on Saturday.

O'Donnell played from the start but was injured during the first half and was replaced after 31 minutes by another Academy player, John Hodnett.

He failed a HIA (head injury assessment) in the first half and will be monitored by the medical team.

Two of Healy's penalties put Munster into an early 6-0 lead but the visitors edged ahead when Mark Bennett scored a try and Jaco Van der Walt landed the conversion.

Healy edged Munster back in front with another penalty but WP Nel got in for Edinburgh's second try of the night, with Van der Walt again accurate from the conversion.

Another Healy penalty meant that Munster were only trailing 14-12 at half-time, although Van der Walt landed a penalty of his own to push the visitors five points clear after 49 minutes.

Two penalties from Healy and one from Edinburgh's Bennett left the Scottish outfit 20-18 ahead moving into the closing stages, and when Van der Walt landed another penalty the away side looked set to clinch victory.

But Munster showed great patience to create the opportunity for Stander's try, with Healy continuing his rich vein of form and keeping his cool to earn another late win with the conversion.

Munster are at home again, in Thomond Park, in their next outing of the competition, when they entertain Cardiff Blues at 8.15pm on Monday night, October 26.

On the following Sunday, November 1, they're away to Dragons at Rodney Parade in Newport, Wales.