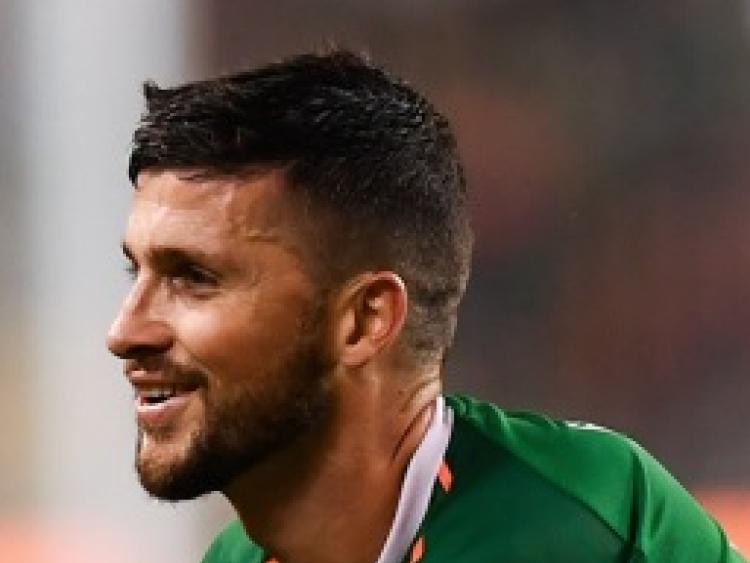 Tipperary's Shane Long won his 85th Irish soccer cap in the goalless draw with Wales at the Aviva Stadium in Dublin today.

The Gortnahoe man, who was replaced by Sean Maguire in the 73rd minute, headed over the bar from one of Ireland's best chances early in the second half, as the teams cancelled each other in the UEFA Nations League clash.

Ireland finished the game with ten men, after James McClean was sent off ten minutes from the end.

Ireland's preparations for the match were thrown into disarray when five players were ruled out after one squad member tested positive for Covid-19.

The player in question is understood to have tested negative for the virus last Monday, before returning a positive test on Friday.

It's also believed that the player didn't feature in Thursday's match against Slovakia.

Four other players, who were identified as close contacts with the individual, were subsequently stood down for today's game. They are understood to be John Egan, Callum Robinson, Callum O'Dowda and Alan Browne.

The news came three days after strikers Aaron Connolly and Adam Idah were withdrawn from the squad - Connolly had been due to start - hours before the Euro 2020 play-off semi-final clash with Slovakia, which Ireland lost 4-2 on penalties.

That decision was taken after a non-football staff member had tested positive in Bratislava, with both players having sat close to him on the flight from Dublin.

However the FAI has revealed that the test on the staff member had produced a "false positive" result.