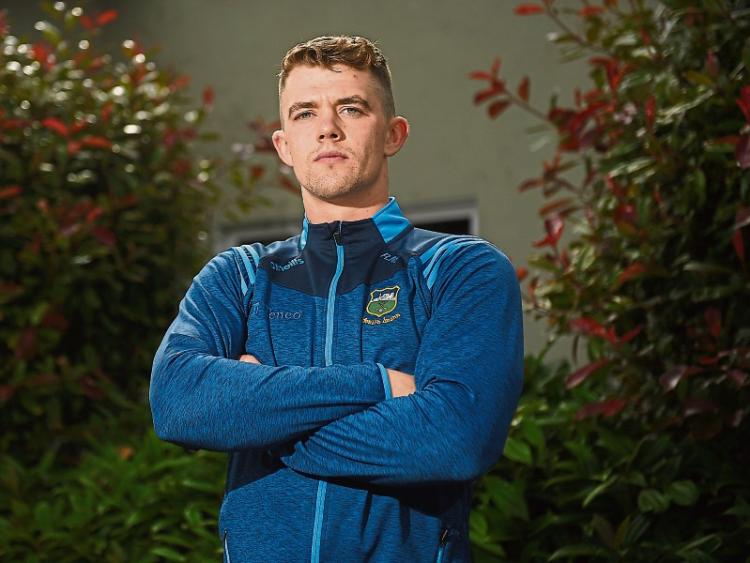 The strangest of inter-county seasons launched last weekend with little enough fanfare and nothing sensational to report. Results went according to general expectation, with Limerick eventually sweeping aside Clare and Dublin exacting sweet revenge on Laois for last year’s shock.

I’d expect the tempo and tone to lift considerably this weekend with a veritable feast of hurling on offer through Saturday and Sunday. The Leinster offering of Galway and Wexford promises fireworks, while Kilkenny will be the favourites to halt Dublin’s progress in the other Leinster semi.

Meanwhile, in Munster Cork and Waterford take centre stage on Saturday, while all focus hereabouts will be on the Tipp/Limerick semi-final on Sunday. In a year when everyone becomes an armchair follower the TV viewing figures are set to sky rocket.

Tipperary go in as underdogs against a Limerick side not short of backers. John Kiely’s crew made another significant statement last Sunday with that resounding result over Clare endorsing their status as championship favourites. A bonus aspect of the win was retention of the league title which, in itself, is quite an achievement.

It’s a feature not often commented upon but the present Tipperary side is notably short of league success. Seamus Callanan is the only member of the panel with a league medal from 2008.

For such a bemedalled group it will be a major lack if careers finish without a league being added to their collection.  All the more surprising, since in the 1950s and 60s Tipperary were noted as league specialists, winning 11 titles in those two decades.

True to latter day form the 2020 league was a miserable experience for Tipperary, winning just two out of the five regulation games – and one of those was against Westmeath.

The opening league round, however, is the one of interest here. In late January Limerick came to Semple Stadium to face the All-Ireland champions. By half time the visitors were nine points adrift – it increased to ten early on resuming. Thereafter the tide turned, with a storming second half from the Shannonsiders taking them to a two-point victory.

It was a missed opportunity for Tipperary, who the previous summer fell so heavily to Limerick in the Munster final. All of which adds up to a perception that the present Limerick model has an edge on Tipperary.

For the reigning All-Ireland champions this year’s campaign may be a strange one but it has huge significance for the panel. The prize of back-to-back All Irelands, not achieved by Tipperary since 1965, is a hugely desirable goal. It’s especially so given the age profile of a core section of the present team.

Age may be only a number to some but in hurling terms it’s significant. Seamie Callanan is 32 since September; Paudie Maher, Brendan Maher and Bonner Maher are all 31-year olds; Noel McGrath celebrates his 30th birthday in December.

Hopefully they’ll all have a number of seasons still left but when you cross that 30 threshold the clock becomes an enemy. For many players it’s bonus territory. Thus, the urgency in getting the maximum from these rare talents.

Can you imagine facing into a championship series without the above names? Their eventual departure will leave a massive gap and I’m not convinced that the upcoming lads have the capacity to fill the void.

Liam Sheedy gave game time to over 30 players in the league series last spring, yet when he sits down with his management team to select for Sunday he’s unlikely to stray very far from his 2019 winners.

There will be a couple of changes. Seamus Kennedy’s injury removes a half back and while Bubbles O’Dwyer is making rapid progress it’s expected this game comes too soon for him.

Otherwise the first fifteen will surely be along familiar lines. Brian Hogan will be fronted by an arrangement of players drawn from Cathal Barrett, Barry Heffernan, Brendan Maher, Ronan Maher, Paudie Maher, plus one other.

Alan Flynn may well take Seamus Kennedy’s slot; he seems a natural fit for wing back after an impressive club season. Sean O’Brien may come into the reckoning too and John Meagher is now part of the panel, though it would be hard to see him gain instant promotion.

The precise layout of the defence is flexible, with some man-marking duties likely to be considered. Last summer Brendan Maher was deployed to police Aaron Gillane, for example.

On last Sunday’s evidence Gearoid Hegarty may need some special attention also, though on a given day it could be any one of these Limerick forwards that causes problems.

Noel McGrath will surely step up to midfield once again after his stellar displays there last season, but who partners him becomes a bit problematic. Michael Breen was a regular starter last year but was also the most substituted player on the team. Dan McCormack may be another option. 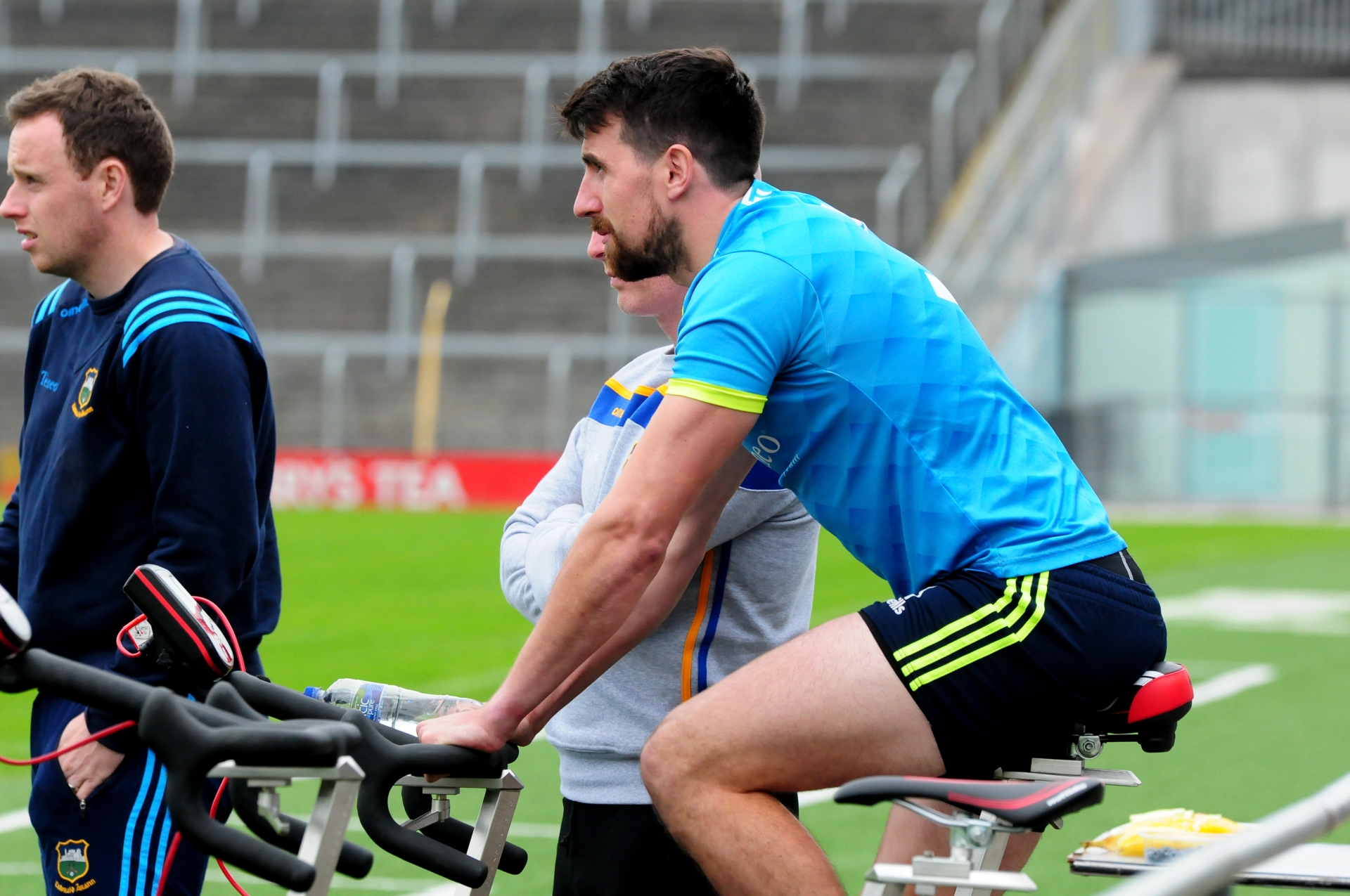 Above: After an injury-ravaged championship last year, Bonner Maher is looking forward to returning to the Tipperary hurling team this season

The attack will likely feature Bonner Maher, Niall O’Meara, John McGrath, Seamus Callanan and Jason Forde, with Jake Morris in pole position to complete the formation in the absence of Bubbles. Others impressed as substitutes last year but being ready for a starting responsibility is another matter.

That’s my speculation, of course, which may be off the mark but I’d be amazed if the chosen fifteen differs greatly from last year’s championship formation.

For Limerick too there’s heavy reliance on the All-Ireland winning side of 2018, though like Tipp they have a few absentees through injury. Mike Casey’s loss from full back is a major one and coupled with the Richie English injury it has forced a reshuffle at the back, with Barry Nash and Paddy O’Loughlin coming in last Sunday.

It’s an area where Tipperary might hope to gain an edge but only if the proper ball is supplied to the full line from outfield.

It’s no secret that the present Limerick style of play causes problems for Tipperary. It’s a style based on athleticism and work rate, with half forwards in particular tracking back to help out the defence and then breaking at pace when in possession. They’ll likely be especially keen to guard their full back line from the threat posed by Callanan and company.

Being forewarned is to be forearmed, they say, and Tipperary surely were given an inkling of what to expect last Sunday when Limerick effectively demolished Clare in the second half.

It was impressive stuff, albeit against a depleted and over-run opposition - the remarkable Tony Kelly excepted. I think the caveat that has to be set beside Clare’s defeat was the fact that they were without four key players, a burden no team can carry.

How do you counteract Limerick’s game? It’s not easy but the starting premise is that you have to work as hard - or even harder - than they do. Tracking and tracing are words that have become part of the public discourse these days and they’re as relevant to tackling Limerick as they are to tackling Covid. Off-the-ball runners must be tracked at all times.

In fact, the Covid metaphor for Limerick is as apt as any: they can come at you in waves and have devastating consequences if not checked. Eternal vigilance is the best antidote.

It took Limerick half a game to get to the proper championship pitch last Sunday, and that’s an advantage they have this time because Tipperary come to the game cold. We’ll need to hit the ground running or we could be chasing this game from early.

We’re outsiders and defeat won’t be terminal but the best route to take in this championship is the ‘modh direach’, rather than the meandering qualifiers. Let’s go for it.

Elsewhere we’ll watch with interest the other games in both provinces.  I’m fascinated particularly by the Wexford/Galway affair and the potential it holds. Galway, with Joe Canning back in the groove, have to be factored into any assessment of the championship. Shane O’Neill seemed to be working well with the team before the lockdown and as recent All-Ireland winners they deserve respect.

Against that Wexford were the nearly team of 2019. Winning Leinster and then tripping up on a glorious chance against Tipp was particularly galling for Davy and company.

They had a decent league run in the spring, finishing second in their group and ahead of Kilkenny, so they’ll feel well capable of further progress this time. Galway are slight favourites but this is 50/50 territory. I wouldn’t fancy meeting either  in the qualifiers.

Kilkenny will be expected to beat Dublin in the other Leinster semi-final but I certainly wouldn’t put the gap as wide as the betting odds suggest: Kilkenny are listed at 3/10 and Dublin available at 3/1.

Finally, the Waterford/Cork game will have added interest for Tipperary folk due to Liam Cahill’s involvement with the former. The Deise put in a strong league campaign, including a victory over Cork, so they’ll feel well able for this one.

Pauric Mahony’s injury is a blow but there’s no better manager than Cahill to have his side revved up. I expect this one to be tight. The bookies give the advantage to Cork – 8/15 against 15/8.

For all sides there’s the fall-back comfort of the qualifiers, but it may be only a minor comfort given the quality of some of the sides likely to be in that mix.

The championship this year is a sprint rather than a marathon, so explosive impact rather than endurance will be the key. There will be casualties, high-profile ones even, given the heavy attrition of the tight timescale.

It’s not a normal championship so the buzz is different – none of the usual crowds, the atmosphere, the banter etc. Still, in a darker than usual winter it will surely bring some light to our lives.

Let’s be thankful for small mercies.