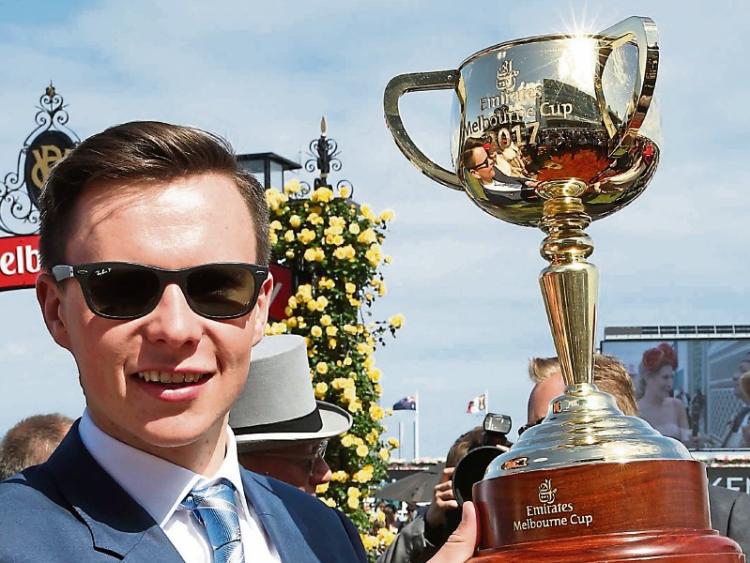 There was another Tipperary one-two in horse racing’s Lexus Melbourne Cup in the early hours of this morning, as Twilight Payment secured a second victory in the race for trainer Joseph O’Brien and was followed home in second place by Tiger Moth, trained by his father Aidan.

The result was a carbon copy of the finish to the famous race three years ago, when Joseph trained the winner Rekindling, with second place again going to his father, Ballydoyle maestro Aidan, with Johannes Vermeer.

However the race was overshadowed by the death of Epsom Derby winner Anthony Van Dyck, trained by Aidan O'Brien.

The four-year-old was euthanised after fracturing a fetlock.

Tipperary man Joseph O’Brien, who trains at Carriganóg at Owning Hill, near Piltown, stated “I was really too nervous to see what was going to happen. I was hardly able to watch, but it was a fantastic ride by Jye (McNeill, the jockey) and a fantastic effort by all the lads with the horse.”

Of beating his father once again in the Australian event, he said “we both realise how hard it is to win on the world stage in these big, big races, but I am very lucky that I have been able to win a couple of big races.

“Dad has been very lucky, he has won a lot of big races. I’d be delighted for him if he had won, and I’m sure he is for me having won. We do our best on the track and whatever happens out there happens.”