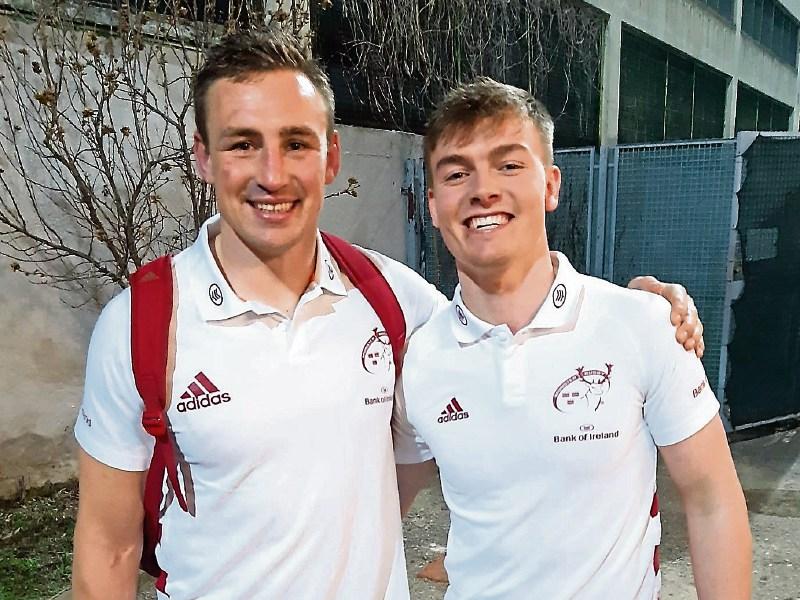 Two Tipperary players were introduced as replacements when Munster made it four wins from four in the Guinness Pro14 rugby league against Dragons in Wales last Sunday.

Cahir’s Tommy O’Donnell appeared for Jack O’Donoghue after 66 minutes while academy player Jake Flannery, from Bansha, replaced Darren Sweetnam after 72 minutes, as Munster won 28-16 in a game played in the wind and rain at Rodney Parade, Newport.

It is the first time since 2015 that Munster have won their first four games in the Guinness Pro14.

It was Jake Flannery’s second appearance for the Munster senior team, after he made his senior debut last February in their bonus point win over Zebre in the Guinness Pro14 game in Milan.

He joined the Greencore Munster rugby academy in the summer of 2019 and played a pivotal role in Ireland U-20s’ Grand Slam success last year, their first at that level since 2007.

He gained further experience at international level with the Irish team that competed at the U-20 World Cup in Argentina.

He began his club career with Kilfeacle and District and played for Rockwell College before progressing to AIL rugby with Shannon.

A talented all-rounder, Flannery has also lined out for the Tipperary Minor football team.

Tommy O’Donnell, meanwhile, made a welcome return to action last weekend, having suffered a head injury during Munster’s defeat of Edinburgh by 25 points to 23 at Thomond Park last month.

Munster’s next match in the Guinness Pro14 league is away to Benetton Rugby at the Stadio Monigo in Italy at 2pm this coming Saturday, November 7.