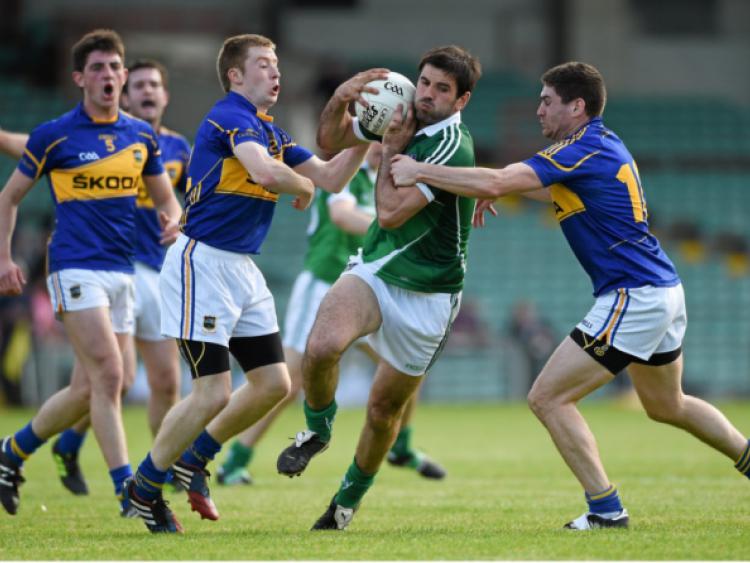 Tipperary and Limerick clashed again in the Munster SFC this afternoon in Limerick.

A point from Brian Fox in extra tie of added time earned Tipp a place in the Munster senior football final after a pulsating game which had high drama all the way through.

Tipp now play the winners of Cork and Kerry which will be played tomorrow.

Tipp had been seven points down at one stage and came storming back, before almost getting caught at the very end by a point from Limerick sub Cian Sheehan. But, a magnificent Conor Sweeney point from a free right at the sideline tied up the game for force extra time.

Tipperary came into this game on the back of three very solid recent victories between league and championship. And, though they were tackling the Treaty County men on their own turf, it hardly mattered much on this occasion, considering the absence of spectators and supporters.

It was absolutely perfect for this game with hardly a puff of breeze and the underfoot surface was excellent in LIT Gaelic Grounds, leading to optimum conditions to ensure a good flow to proceedings. But, just before Limerick had their first goal, the rain came and the dark clouds began to gather around Tipp.

It was 0-4 apiece when Limerick had their first goal from Sean McSweeney in the 28th minute. It was a goal which had been coming as the hosts were showing far more energy and urgency all over the field. And, six minutes later, they goalled again through Cillian Fahy  after a great centre from Tony McCarthy.

So, Tipp went in at half time facing a 2-6 to 0-5 deficit - Conor Sweeney getting 0-3 of the total, with Michael Quinlivan and Jack Kennedy adding the others. Tipp needed to up the ante considerably after the break if they were to make an impact in this game.

They did and six points without reply after the restart from Jack Kennedy, Conor Sweeney (3), Kevin Fahey and Liam Boland left them in a brilliant position heading into the water break. But, a Liam Casey goal after an Emmet Moloney effort came down off the upright, was a massive score in the game - Tip had kicked 1-6 in the third segment of the game, whereas Limerick had failed to raise a flag.

However, Limerick bagged three in the last quarter and looked to be on their way to victory when sub Cian Sheehan pointed in the 37th minute. It took a wonder score from Conor Sweeney from out at the sideline to force extra time - his outside of the left boot effort kicked off the upright to force extra time.

Tipp had the edge by half time in extra time with Liam Boland scoring to leave it 1-13 to 2-9 and all to play for again.

But it all came down to the last few minutes as the sides were level when Brian Fox kicked the winner - a Seamus O'Carroll free from a mark going wide with practically the last kick of the game.