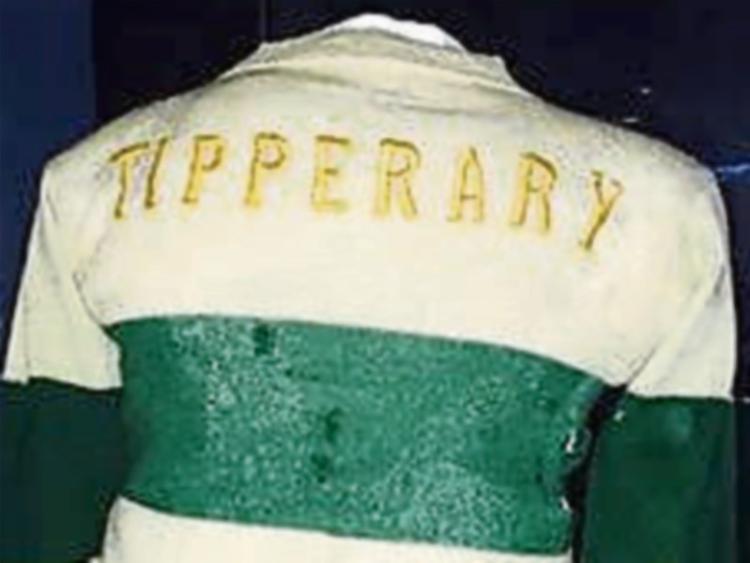 The county GAA Board has confirmed this morning that to coincide with the 100th anniversary of Bloody Sunday, “it is only fitting that the Tipperary team will wear the official replica green and white jersey as worn by Tipperary on that eventful day, as a mark of respect to all of the fallen,” when Tipperary meet Cork in the Munster football final on Sunday week, November 22.

This wearing of the replica jersey by the county football team was announced at a press conference in Semple Stadium on February 22 last as part of the Bloody Sunday Commemoration Day.

Tipperary team sponsor Teneo have agreed to forego their name on the front of this commemorative jersey in favour of the symbolic Tipperary name printed in gold across the front.

Teneo chairman and CEO, Tipperary man Declan Kelly, congratulated David Power’s team on reaching the Munster final and said he was  “honoured to be associated with the Tipperary senior football team as we commemorate this very significant period in our history."

“No other event since the foundation of the Gaelic Athletic Association has affected our wonderful organisation so much as Bloody Sunday, a day in which Tipperary player Michael Hogan and 13 others were fatally wounded”, the county board says in a statement.

“The Tipperary players and management of 2020 are honoured to wear the official replica green and white jersey in this year's Munster final and play their part in marking this historic anniversary event.”