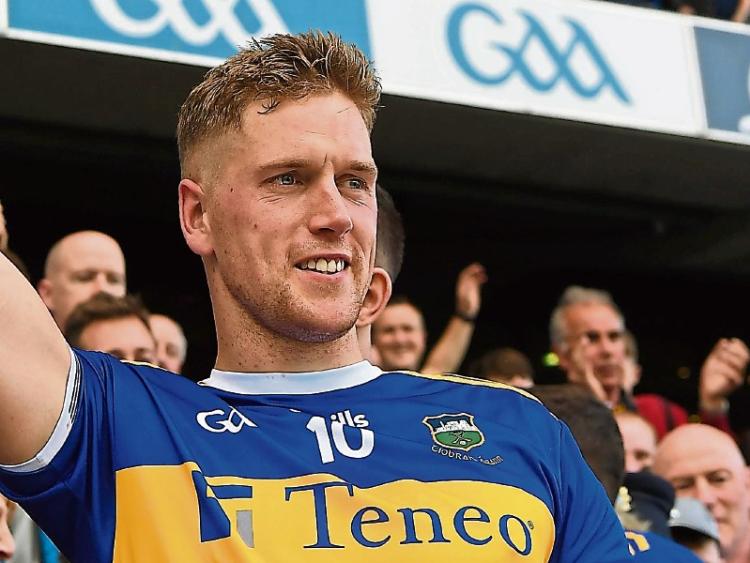 With the safety net removed the stakes could hardly be higher, as Tipperary face off against Cork at the Gaelic Grounds on Saturday. It’s a case now of put up or shut up for the winter, a scenario that hopefully will draw the very best from the reigning champions.

Atonement is needed. The Limerick display was feeble and flawed, a shadow imitation of the team’s capacity to thrill and excite. As a result Limerick’s stock has soared even more, Tipperary’s dipping to a new low. We’re now fourth in the overall All-Ireland betting behind Limerick, Galway and Kilkenny.

Of course, it’s familiar enough territory for this county. Last year we took a pasting in the Munster final but found the required response in the qualifiers.

In 2010 it was likewise, taking a first round drubbing from Cork before again rebounding. It’s a path well-trod then by Tipperary, one we’ll hope to once again navigate successfully this time.

Drawing Cork in this round would probably be regarded as the middle choice of three. Clare, on recent form, seem the most vulnerable while Wexford have the potential to be tricky: there will surely be a major kickback from their limp resistance to Galway – and Davy’s post-match savaging - plus against Tipperary they’d have added motivation from last year’s game of the season.

The bookies have Tipperary listed as firm favourites at odds of 8/15 – reverse those digits for Cork. But sport has a devilish way of mocking predictions. I felt for Pat Spillane and his Sunday Independent anticipation last Sabbath: “Clifford and his colleagues could have a field day,” announced Spillane, and perhaps more emphatically “I don’t give Cork a prayer against Kerry.” Dear O dear! But for the grace of God etc.

Of course, we’ve known such extravagant proclamations in Tipperary too.

In 1990, prior to the Munster final, we were confidently assured by a pretentious Tipp board officer that Cork simply didn’t have the quality hurlers to win. You know how that one panned out.

Any my personal favourite of wild – and embarrassing – predictions: Tipperary once faced Dublin in a minor hurling All- Ireland final and a certain columnist announced in advance that the Dubs would have the privilege of being beaten by the best Tipp minor side ever to leave the county. You can guess the rest: Dublin duly beat Tipp’s best-ever minor side.

Predicting sporting outcomes can be a treacherous pastime, so tread warily. Conditional clauses can be especially useful. GAA folk have long memories so bloomers will forever haunt you.

Anyway, enough digression. Cork hurling is enduring its greatest famine in the county’s history but for all that they remain very competitive. Since losing the 2013 final replay to Clare they’ve contested semi-finals in three of the next six championships and were torturously close to putting out Limerick in 2018. Remember Nicky Quaid’s marvellous intervention to deny Seamus Harnedy what, potentially, was a match-winner.

The county has also contested the last two U21/20 finals and were narrowly beaten by Galway in the 2017 minor final. So they’ve been there or thereabouts, contesting finals and semis but just can’t seem to win one.

The Cork swagger of old seems to have deserted them, though you often have the sense that one major breakthrough could be the key to unlocking a more prosperous future.

We’ve seen contrasting Corks in their two championship games to date – utterly inept against Waterford but rejuvenated against Dublin last weekend. That Dublin win will have given the team a major uplift.

The result was a vastly improved showing, with far more vim and vigour in their play. They outworked Dublin, ran at their defence and exposed weaknesses. That running game, epitomised by the likes of Robbie O’Flynn, is exactly the tactic you’d expect them to deploy against Tipperary, so be warned.

Then at the back Mark Coleman is a very effective sweeper who hoovered up an amount of possession last week. There are still potential vulnerabilities in defence but their set-up against Dublin mitigated the threat.

Interestingly Cork’s lineout last week contained six of the team that Tipperary beat in the 2018 All Ireland U21 hurling final – it would have been seven if Darragh Fitzgibbon was available. By contrast just two of Tipperary’s 2018 side started against Limerick and I suspect there will be even fewer starting this Saturday.

Once again it underlines the magnitude of Liam Cahill’s achievement in that U21 final – surely his finest hour as a Tipperary underage manager.

After a defeat like that suffered by Tipperary against Limerick you expect team changes for the next game. Barry Heffernan suffered a hamstring injury in that match but apparently it wasn’t quite as bad as initially feared. At writing time he’s still not being ruled out for the Cork game but it is a race against time to be fit.

For Seamus Kennedy, however, it seems the match has come much too early. Otherwise Bonner is recovered and there are no other injury concerns. 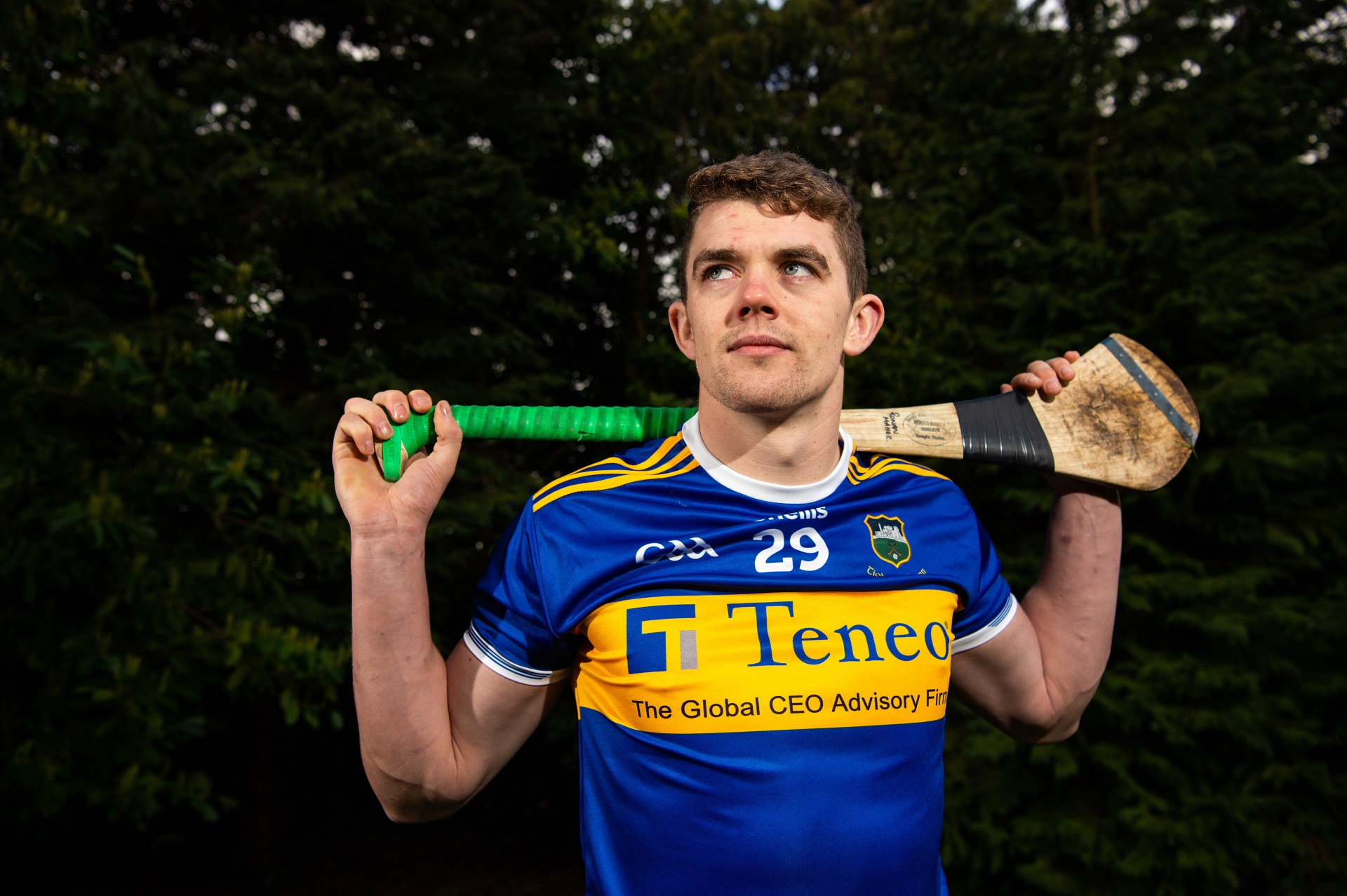 The absence of Heffernan would necessitate some realignment in defence and our panel isn’t over-stocked with replacement defenders. One possible solution might be the redeployment of Alan Flynn to half back, with Ronan Maher slipping back to the full line.

Michael Breen’s impact off the bench the last day might earn him promotion to the first fifteen this time, though there is the counter argument that he’s more effective as an impact sub.

Dan McCormack is also a midfield option and with Bonner back some players will surely lose out in attack. It all points to an inevitable focus on the heroes of 2019, which longer term isn’t a positive development.

Either way Liam Sheedy and company will have to throw everything at this fixture. It’s one of those crunch games where we’re coming off a bad defeat and need an instant bounce back to keep the season, and the possibility of back-to-back All-Irelands, alive. It’s doable but will require a sea-change from the Limerick game.

There’s yet another incentive for Tipperary to do well this season, with some pundits ever willing to do a retrospective on last year’s All-Ireland and cast doubt on its merit because Tipperary didn’t beat Limerick. It’s a narrative that suggests Limerick were unlucky to be caught by Kilkenny last year and would have beaten Tipperary in the final.

The latest to take up this line was Eamonn Sweeney in last Sunday’s Independent. The back page was held for some classic doublespeak.

On the one hand “Tipperary don’t have to win this All-Ireland to validate last year’s” but on the other hand our heavy defeat to Limerick was seen as “knocking a great deal of gloss off Tipperary’s 2019 MacCarthy Cup victory. Tipp have been left with more to prove than any other reigning champions of the past decade.”

By that line of logic (illogic?) could you not question Clare’s 2013 victory. They lost heavily to Cork in Munster and, similar to Tipp last year, resuscitated their All-Ireland bid with qualifier wins over Laois and Wexford. Kilkenny were ambushed by Cork on a day when Henry Shefflin was wrongly sent off and ultimately Clare didn’t beat either the Cats or Tipperary, the two dominant forces of the decade.

A flawed All-Ireland then, a lucky win for Clare in 2013? Of course not. This is retrospective nonsense, playing up the ifs, buts and maybes to create an alternative narrative to the reality. Donald Trump would approve.

Actually, Clare didn’t beat Kilkenny in 2013 because Kilkenny weren’t good enough to make the final, just like Limerick failed to make the cut in 2019. Every year stands on its own merits and you can play with hypotheticals for ever but realities are unalterable.

Anyway a few final stats on Saturday’s game, thanks once again to SOD, that statistician par excellence. Tipperary and Cork have met in 87 championship games and they have 38 wins apiece, with 8 draws and 3 unfinished matches.

More pertinent, however, are the last ten championship meetings, which show Tipperary on seven wins, Cork on two and there was one draw. These latter figures underline Cork’s more recent difficulties after years of dominance in former decades.

The last championship clash between the teams was in May 2019 at Páirc Uí Chaoimh, where Tipperary hammered out a 2-28 to 1-24 success. It was the start of something great for Liam Sheedy and his charges.

Hopefully Saturday will have similar consequences.