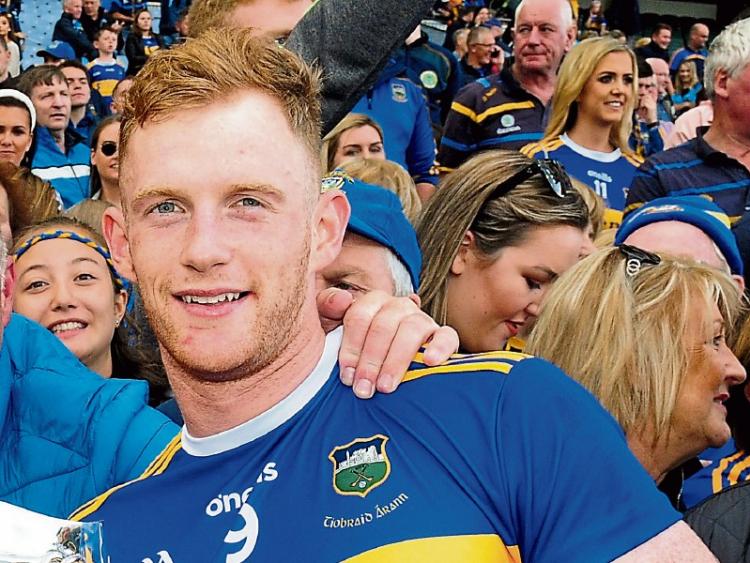 Once more unto the breach dear friends … (King Henry V).

The relentless nature of this winter championship scarcely allows time to draw breath. No sooner are Cork “bet” than it’s back to the fray immediately with a quarter-final against Galway.

In the headlong nature of this championship there’s little time to dwell on individual games. Yesterday’s match is quickly set aside as a new focus instantly arises. We’ve had some hardy battles with Galway in modern times and this weekend promises no less.

The latter-day rivalry with Galway is intense and even – five wins apiece in the last ten meetings - but, by contrast, we’ve taken a major lead recently on Cork. Saturday’s win was our eighth from the last eleven meetings. For those of us raised on a diet of Cork supremacy these are unprecedented times.

Jake Morris’ smashing finish near the end eased our nerves on Saturday but this was a hard-earned win in a game played in atrocious conditions. Luckily the pitches are holding up well but the weather has been truly nasty for these games. We could do with a little abatement in the weeks ahead.

Truth to tell we didn’t know in advance what to expect from Tipp. How would the team respond to the Limerick defeat? To bow out without a championship win would be unbecoming of All-Ireland champions. The stakes then were high, honour and prestige among the aspects at risk.

In the end the needful was achieved – another win over Cork and a ticket to the quarter-finals, even if the manner of victory was more adequate than impressive.

The first half was worrisome. Driven by wind and rain we needed a decent half-time lead but it didn’t come. Our attacking efforts faltered badly, a fact underlined by a dozen wasteful wides. The wastage had many sources and from various angles and distances.

Early on we built a very modest lead, principally off Forde frees but in one sweeping move it was all squandered when Pat Horgan waltzed through from outfield and beat Hogan with a low, well-placed bouncer. The breach originated from a cluster near midfield, where we spilled possession rather carelessly and suddenly “Horgy” had unoccupied space for his run-in, O’Meara chasing but unable to execute a hook.

Our defence had been sucked outfield to allow the Cork man free passage and it was no consolation that Ronan Maher was clearly fouled in the lead-up. The clock showed 21 minutes of action and a tied game. This was a big and bothersome moment in the play.

Things looked ominous at this stage. In fairness the players were working overtime in most difficult conditions but there was little method to our attacking play particularly. Callanan was often isolated and outnumbered, the half line too far from the Cork goal and when the shots from distance were missing the posts we were struggling to build any decent account.

Management unease (irritation?) was evident before the break, with John McGrath called ashore and Willie Connors drafted in. Such a move on the cusp of half-time usually reveals deep annoyance among the mentors.

Our most productive personnel in the half had been Dan McCormack and Michael Breen. Bonner too had been busy in that spell and the defence was holding quite firm despite the one breach, Alan Flynn involved often and to good effect.

The half time banter wasn’t optimistic. Just two points was quite a threadbare cushion with the elements to be faced on the turnaround. We were hurling okay – better than against Limerick – but the scoring returns were paltry and that Cork goal seemed hugely significant.

When Shane Kingston fired over an immediate point on resuming the clouds metaphorically darkened even further, despite the literal easing of wind and rain. Now we had a real battle on hand to stay in this Covid championship.

Jason Forde’s goal six minutes after resuming was just the tonic to lift Tipp spirits. Jayo showed admirable aggression to outmuscle Colm Spillane and then cutting back inside gave Nash no chance with the finish. Callanan followed up with an immediate point and suddenly the November horizon was looking brighter, with Tipp now five-up.

And we had chances to drive on from there and really open daylight between the teams. This was our best spell of the game but, characteristic of the overall display, we didn’t capitalise. Callanan missed what seemed an easy chance and Forde drove a free to the right.

Cork stayed in it thanks to Horgan frees and a three-point burst from Harnedy, as the game once again was back in that proverbial melting pot. The Rebels edged one clear before McCormack levelled and Paul Flynn regained the lead. Substitutes Flynn and Connors were repaying the management’s faith handsomely.

It all seemed to be coming down to a knife-edge finish, with thoughts turning to the possibility of extra time – maybe even those dreaded penalties. Against that one sensed that Tipp were effectively closing up shop in defence. Paudie was now on Harnedy to good effect, Ronan was starting to really open his shoulders and the Cork attack was showing rapidly diminishing returns. 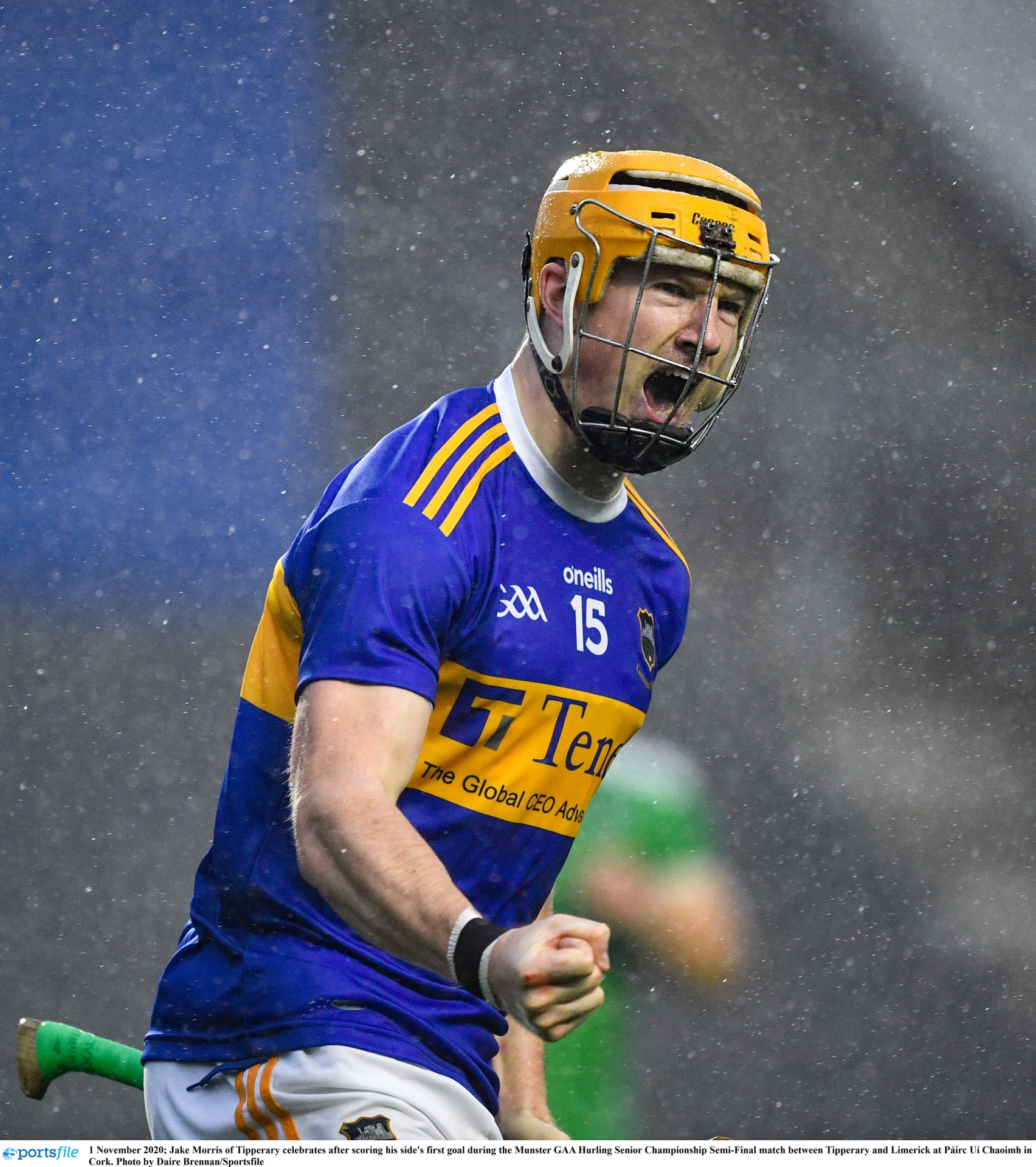 The ultimate tipping point came two minutes from the end of regulation time with Tipp’s second goal. Willie Connors was the instigator, in two synchronised movements doing a deft little tap-up in the middle of a ruck and in an eye-blink sending Morris away. Jake had work to do but this is his real forte, knifing through the centre and giving Anthony Nash no chance with a low screamer flashing off the wet surface.

That was it – game over.

Relief, I suspect, was the dominant mood in the Tipp camp afterwards. It had been an awkward tie but the side had battled manfully and the end flourish will have served as a welcome boost ahead of the next staging post on Saturday.

Michael Breen got the man of the match gong, a deserved reward after such a sterling display capped by five points on a day when so many others blinked at the posts. He’s done this before, of course, but hopefully now will drive on with greater consistency.

Dan McCormack wasn’t far behind with a hugely impactful contribution also including a brace of points, an aspect of the Borris-Ileigh man’s game that’s improving with age. Interestingly neither Breen nor McCormack started against Limerick but both seem especially suited to these conditions, where brawn and bravery often trump subtlety.

Jake Morris’ goal was the match-decider. He frustrates me at times where he can appear hesitant, even lazy and nonchalant, but if a goal chance arises he’s the shooter you’d want in place. It’s his calling card and I suspect because of that Sheedy and company have a certain tolerance with other aspects of his game.

Incidentally, for youngsters learning the game that Morris goal was a textbook example of how to finish – keep it low, away from the goalie and ricocheting off the surface, especially in these conditions when the ball just accelerates off the wet turf.

Jayo’s goal was a huge item in the game also. What a pity we don’t see more of this feisty play from a player who seems to have it all.

Elsewhere I thought Ronan Maher stood up boldly when needed in defence and Alan Flynn was one of the busiest players on the park. It was good also to see Paudie shake off the disappointment of the Limerick game and get back to something closer to normal service. Brendan Maher too played a leading part in the outcome.

But there were worrisome elements too in the performance. The form of the McGrath brothers is a concern, both being substituted this time. People will argue that these conditions don’t suit their style, though I always think the most skilful players cope best with such weather. We need them both back in form and I’d keep John much closer to goal, where he can be a bigger threat.

I suspect there will be minimal change for the Galway game. Barry Heffernan was on the subs’ bench last Saturday. His availability creates an option in defence, where I thought the Niall O’Meara experiment just didn’t work. When tight man-marking was needed on Harnedy he had to be moved.

For their part Galway must be head-scratching after that defeat to Kilkenny in the Leinster final. It was a game they seemed to have within their grasp and even when rattled by the two rapid-fire goals they recovered to again look likely winners. But in the end the Cody gang just wanted in more and wore them down on the home stretch.

It was vintage Kilkenny – and perhaps vintage Galway too in the way they just couldn’t close out the game.

We’ve had some mighty battles with the Tribesmen over the years and there’s rarely much daylight between the sides. Historically we’ve won 22 of the 30 championship clashes between the counties but in more recent meetings we’ve shared out evenly the last 10 collisions going back to 1993.

Our last meeting was in 2017 and that painful reminder of Joe Canning’s extraordinary point, which got them over the line on route to a long-awaited All-Ireland. The previous year we likewise escaped narrowly to success on our journey to ultimate glory. It’s been that type of see-saw affair between the counties.

Prior to last Sunday Galway looked like Limerick’s main opposition but the Kilkenny defeat, coupled with Tipperary’s win over Cork will have rebalanced expectations somewhat. Tipp are now listed as very marginal favourites but this is a typical 50/50 affair, down to reactions on the day.

I suspect the longer Tipp stay in this championship the more incremental improvement we’ll see. They were decidedly poor against Limerick, better against Cork, but will need to be significantly better still to get over Galway. That’s the challenge so once more let’s head for that breach.

There’s no space to comment much on the Munster final but isn’t it extraordinary how the Deise are now 1/2 favourites to beat the Banner and reach an All-Ireland semi-final. It’s a story that has Liam Cahill’s fingerprints tattooed to it.