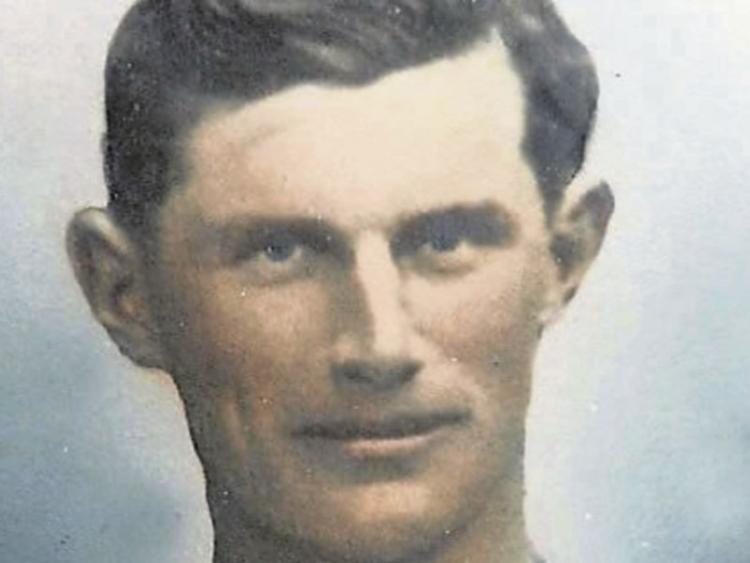 Tipperary footballer Michael Hogan was one of 14 people shot dead by British forces in Croke Park on Bloody Sunday, November 21 1920

1920 was regarded as the most violent year in the War of Independence and during the months of October and November the country was immersed in rebellious activities, and particularly in county Tipperary.

The ambush at Lisnagaul, the death of Sean Treacy followed by the killing of the O’Dwyer brothers were a prelude to Bloody Sunday- a day later described as the “worst day, the worst day ever.”

A century on, we acknowledge the fact that we have a shared history yet not always shared memory. Commemoration is a difficult narrative, depending on time and events. History and commemoration can conflict and nowhere is this more evident than in a review of the Irish revolutionary period.

Historical awareness is sometimes different from historical interpretation and it is therefore incumbent on us to remember and acknowledge the events of the past in a way that aids the collective memory – achieved only when history and recall are as one.

So how do we commemorate Bloody Sunday – the most violent day in the War of Independence?

A Place reserved for heroes

Any review of the revolutionary period in Irish history would see the name of Tipperary feature prominently. In the narrative of sporting and historical recall it holds a special place reserved for heroes and sadly for the fallen.

The death of Séan Treacy of Soloheadbeg, after a shootout in Talbot Street, Dublin was followed shortly afterwards by further tragedy as Terence MacSwiney, Lord Mayor of Cork, succumbed to his hunger strike in a “dreary Brixton Prison.”

Terence MacSwiney’s 74-day journey to join the martyrs inspired a generation and alerted the world to the plight of Ireland at the hands of a colonial power.

Following the death of MacSwiney, Michael Collins stepped up his campaign against the British intelligence unit in Dublin Castle and decided to eliminate as many as 35 of this unit. He designated the date of November 21 as the date for the strike against the crown forces – surely a date with destiny!

The GAA had cancelled all games (few were being played in any case) as a mark of respect for Terence MacSwiney, with one major exception.

Tipperary and Dublin were amongst the most prominent football teams in the country at the time and Tipperary captain Ned O’Shea of Fethard and Tommy Ryan, secretary of the South board of the GAA, issued a challenge  to Dublin to play “a match on the first available date at any venue and for any objective.”

Challenge accepted, the game was fixed for Croke Park for November 21, with the proceeds going to the Volunteer Dependents Fund.

The timing could not have been worse, and as the church bells rang out that morning around the city of Dublin, Michael Collins’ squad was carrying out its orders and 15 British agents were killed, with severe repercussions to follow.

It was an era of raids and reprisals and the game in Croke Park became an immediate target for revenge.

The Tipperary team had travelled to Dublin on the evening of November 20, and although rumours circulated that “some event was about to take place” the players were largely unaware of the forthcoming action.

The Tipperary team, led by Ned O’Shea, eagerly looked ahead to the game, which was to be witnessed by up to 15,000 patrons.

The team was comprised mainly of players from south Tipperary, supplemented by Loughmore/Castleiney representatives Jim Ryan and Bill Ryan.

Just eleven minutes into the well-contested battle for sporting supremacy, the game was interrupted by gunfire and subsequent panic as violence, previously unseen, was visited on players and patrons - Ireland’s “Amritsar” (a massacre when the British Indian Army fired their rifles into a crowd of unarmed Indian civilians) had begun.

It is estimated that 18 army tenders arrived at Croke Park at around 3.25pm, with twelve being deployed at the bridge and a further six deployed at the end of Jones’ Road.

Army armoured vehicles were positioned on Clonliffe Road – a position that was to have a major bearing on events later.

Firing began almost immediately and the authorities claimed that they were fired on first and that they “responded to shots fired from within the ground.”

These claims were refuted by members of the Dublin Metropolitan Police (DMP) who witnessed the early attacks and who asserted that the first shots came from the Royal Irish Constabulary (RIC).

Their evidence, however, was disregarded later by the military courts of enquiry. The crown forces entered the ground at the corner of the present Hogan Stand and “indiscriminate shooting began.”

Within minutes 14 people were dead or fatally injured, including Tipperary footballer Michael Hogan and three children.

As shots rang out many spectators ran towards the Clonliffe Road exit, only to be confronted by the armoured vehicles, resulting in the crowd trampling over each other as they retreated inside the ground.

The players with military experience had immediately thrown themselves on the ground – tragically it was not enough to escape death for Tipperary corner-back Michael Hogan, who was shot through the head and shoulder.

Thomas Ryan of county Wexford knelt beside Michael Hogan and in saying an Act of Contrition was himself shot and killed - his act of human kindness was to cost him his life. 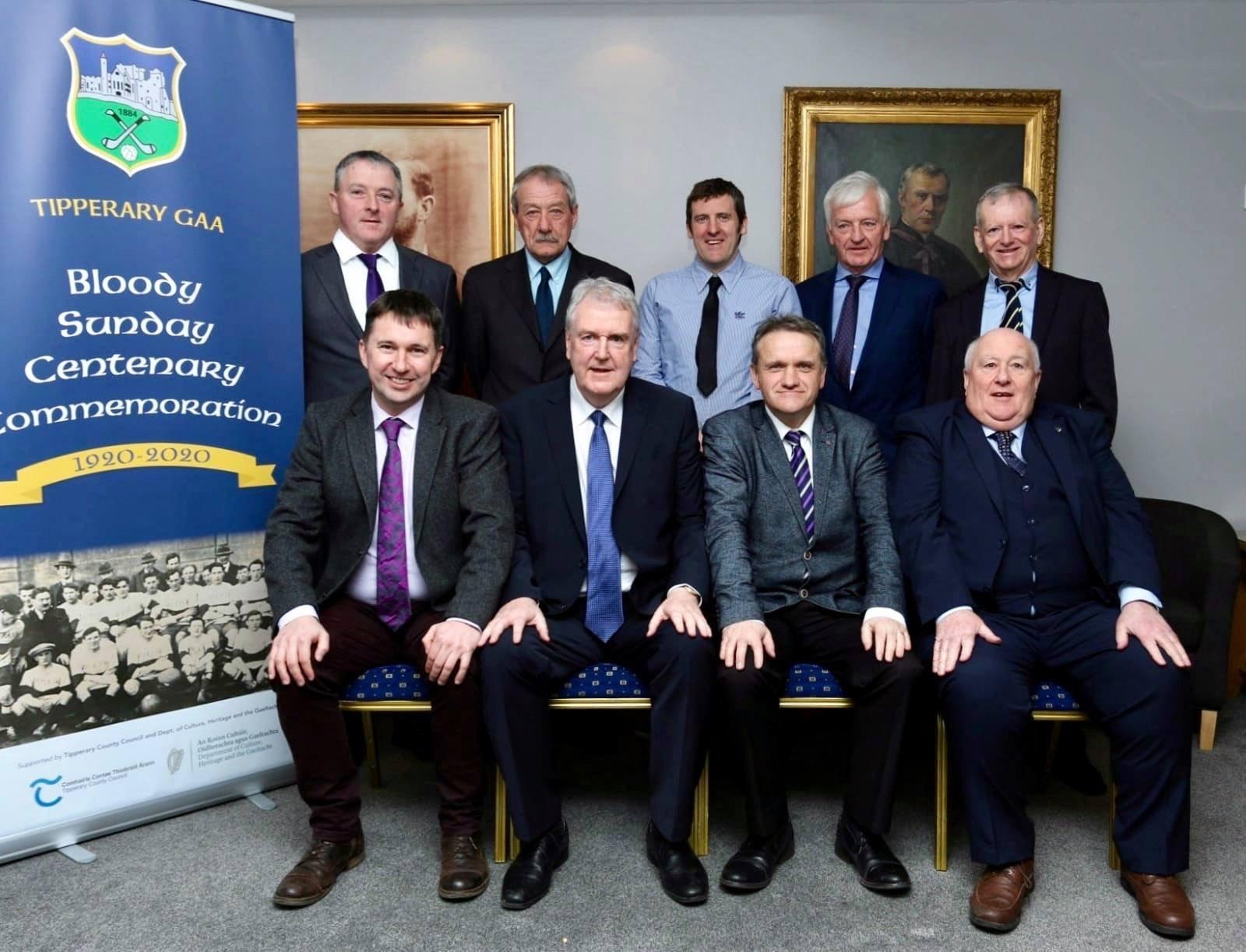 The action, which lasted just a couple of minutes, was a seminal moment in the War of Independence. It cast a dark shadow and has left a deep and lasting imprint on the hearts and minds of Tipperary people ever since.

In the days after Bloody Sunday Michael Hogan was brought back to his native Grangemockler, being borne on the shoulders of his playing colleagues, where he was laid to rest beneath the benevolent gaze of Slievenamon.

Heroes of their time

Heroism and sacrifice are key components of our history and Tipperary has exhibited both.

While we cannot change the past, we can draw inspiration from it – be not bound by history but shaped and inspired by it - and as a result grow as a people and as a community.

At a remove of 100 years we chose to remember these great men, their valiant deeds and the legacy they have bequeathed to us.

The torch has now been passed and we are now the privileged generation charged with protecting that legacy.

The footballing legacy is immense – the human legacy even more so – and our lives have been influenced and enriched by their contribution to Tipperary and indeed to the story of Ireland.

They were heroes of their time and of all time.