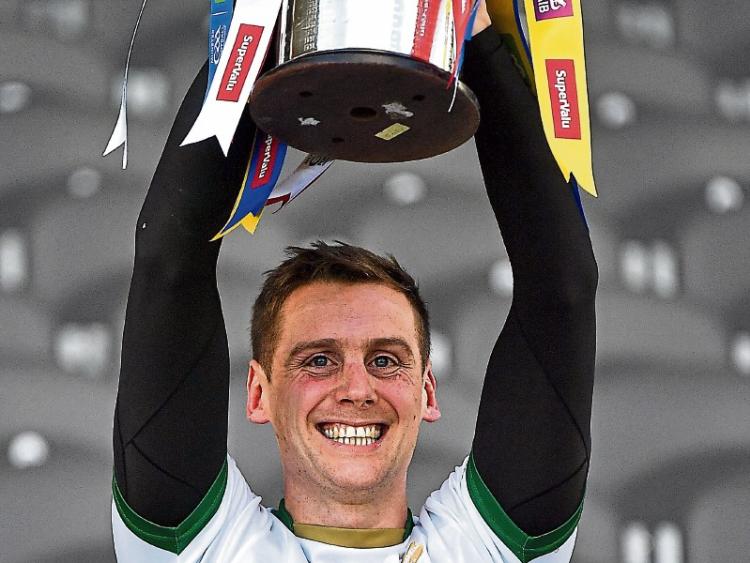 Tipperary football captain Conor Sweeney was elegant on the field and eloquent off it, says Westside

On a weekend when the hurlers fell short the footballers stole the limelight in stunning fashion.

The contrasting fates of the twin codes saw football, for once, overshadow hurling in Tipperary. Instead of Liam Sheedy read David Power; in Seamie Callanan’s place there’s Conor Sweeney. Role reversals and code reversals add yet more layers to this strangest of seasons.

Dedicated hurling fans won’t mind acknowledging the new order in the year that’s in it. The historical parallels just seemed to line up the stars in Tipperary’s favour. The coincidence of the Munster final falling on the precise weekend of the Bloody Sunday commemorations was just uncanny.

It all served to put Tipperary football front and centre in events to mark the centenary of that awful day in 1920 – as well as shining a light on their efforts to immortalise the commemorations with a famous win.

In other ways too the fates appeared to have anointed Tipperary in their quest to span an 85-year gap. Cork took down Kerry to clear the way for a Tipperary ambush. Sean Powter, hero of the semi-final win over the Kingdom, was out injured. Luke Connolly too left the scene injured at half-time. These were heavy losses.

But if the planets seemed to be favourably aligned for Tipperary football, that was only half the story. The players still had to do the deed. That required not being sidetracked by all the publicity surrounding the centenary. It demanded focus and fire to take the game to Cork and sustain the intensity for the match’s duration.

The fact that the Tipperary team delivered on requirements is now an item of history. From the time they manoeuvred that first Conor Sweeney point until the breakdown of the final Cork attack deep into added time, this was a Tipperary masterclass in meeting requirements. It was all very measured but mighty in import.

And it served to dilute the focus on the county’s hurlers who bowed out tantalisingly to Galway, a man down and two points short at the call of time.

The sheer closeness will leave major regrets at the end of a campaign that never really caught fire for the reigning champions.

It’s a particularly galling defeat because for so long it looked so winnable. From the time Callanan crashed in that early goal Tipperary seemed to be in the mood to progress.

However, there was an early hint of defensive vulnerability when Cathal Mannion easily left Niall O’Meara flat-footed for a cancelling goal from Galway. The decision to retain O’Meara in defence despite the return of Barry Heffernan was a poor call and we paid the price in that incident, where he lacked the instincts of a natural defender.

Galway’s second goal, eight minutes later, was a big hit too. This time Ronan Maher was wrongfooted by Conor Whelan, who then fed Brian Concannon for the emphatic finish from the right corner.

Galway have that goal-getting capacity in their attack, where Whelan is a powerful playmaker and the likes of Mannion and Concannon are clinical finishers – and that’s without even referencing Joe Canning and his contribution from half forward.

Still, despite the double whammy of those two first-half goals, Tipperary responded admirably with a flurry of second quarter points to eventually go in four-up. Noel McGrath hit four points in that half. 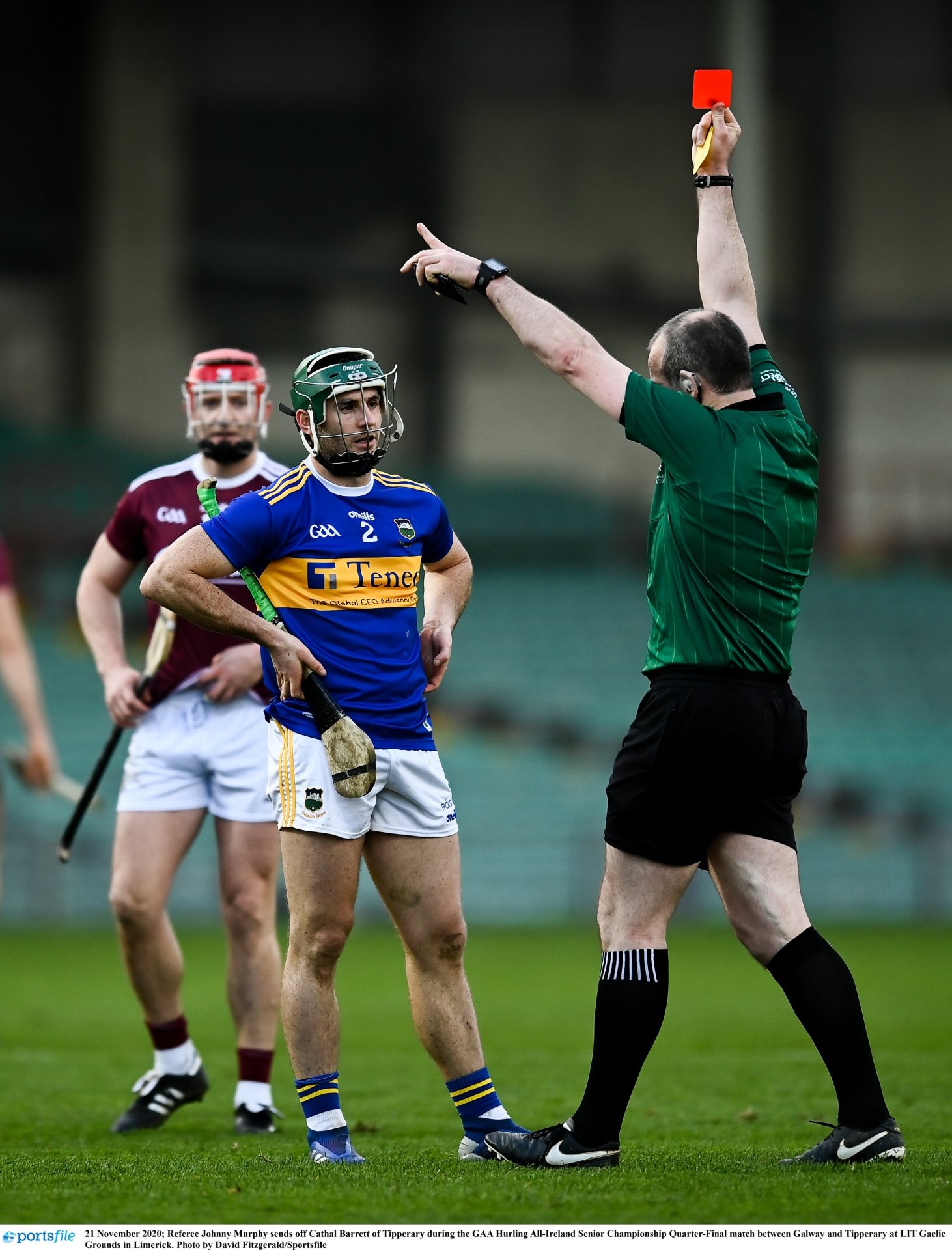 The second half dismissal of Cathal Barrett on a second yellow was a critical item in the outcome – and a point of major controversy afterwards. Repeated replays of the first half yellow leaves one baffled. It was one of those inexplicable decisions where there seemed to be no obvious point of foul play.

You can’t argue with the second yellow however: the contact may have been minimal and mild but any time the hurley meets the head/helmet region it’s an automatic yellow at least.

We coped well with the loss of a player until that late, and fateful, swoop by Galway for a third goal. Paddy Cadell may have been fouled in the build-up but he seemed to take one touch too many, got dispossessed and play was quickly transferred across field where Aidan Harte had drifted up on the overlap.

Could, or should, Hogan have done better on a shot from twenty metres and to the right of his goal? Perhaps. In his favour it was well struck and hit the turf just in front of his diving effort.

What’s clear is that the extra man allowed a corner back the freedom to track upfield, something that equal numbers would have discouraged. And without that strike Galway would have struggled to save the game. Not to be overlooked either is the fact that it came from Cathal Barrett’s corner.

In the end Tipp had a saving effort from a Brian Hogan free tipped over. The shot was well hit but at a height that facilitates the blockers. Incidentally my man for a free like that would be Ronan Maher, who has a vicious drive.

In the end it was all to no avail. The referee was generous in his time allowance and in one final play it took a superb catch by Daithí Burke to avoid any late dramatics. As they did in 2017, Galway had snuck over the line by a slim margin to once more frustrate Tipperary.

Taking an overview of our three-game championship it must be conceded that we simply failed to even come close to the pitch of 2019. Key players were not at the same level. Noel McGrath did well with his four first-half points but over the span of the games he seemed way off the form of last season, where he was conductor-in-chief from midfield.

His brother John too struggled with form and perhaps club exertions may be a factor here.

The absence of Bubbles was another minus from last year, as was Seamus Kennedy’s loss to injury. Others were not at their best this time either and the cumulative effect was a team struggling to get back to the space they inhabited last year.

Add to all that the failure of upcoming players to break onto the team and you can easily appreciate the difficulties that Liam Sheedy faced.

Maybe a normal round-robin Munster championship would have allowed time and space to iron out some of these problems but in the breathless nature of this year’s campaign the system was too unforgiving for slow development. The two in-a-row remains elusive.

A few parting words around last Saturday’s game. Liam Sheedy criticised the appointment of a Limerick referee, given the fact that Limerick were playing the winners. 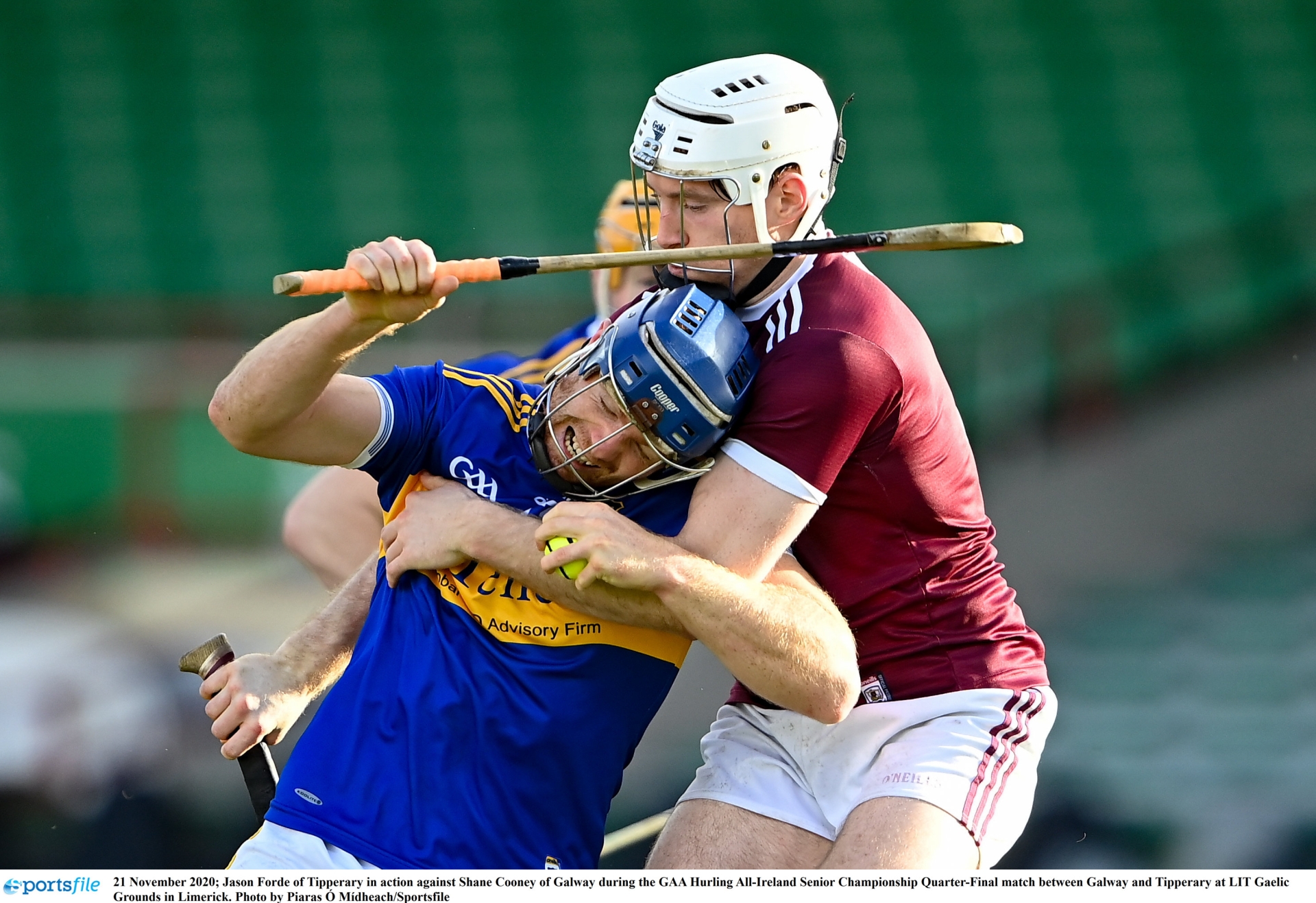 Above: Tipperary’s Jason Forde struggles to shake off Galway’s Shane Cooney in the All-Ireland quarter-final in Limerick- Picture: Piaras Ó'Midheach/Sportsfile

He’s been supported by others since then but it’s not a line of argument I’d be keen on. After all Fergal Horgan refereed the Limerick/Clare Munster quarter-final, with the winners scheduled to face Tipperary in the semi and I didn’t hear any complaints that time. Maybe Clare were unaware that one of his umpires is a former Limerick minor?

In general, the hurling community is small - the pool of competent referees even smaller – so I think you can overplay this line of argument. From an optics perspective, and as a concession to Liam Sheedy, perhaps it would be sensible to avoid any perceived conflict of interest. Ultimately, however, it wasn’t a factor in last Saturday’s game.

A final word on last Saturday’s match. Approaching seventy minutes and with Tipperary two adrift Seamus Callanan was bearing down on goal when he was rugby-tackled to the ground by Adrian Tuohey. The Galway man got a yellow card and Tipp got a point instead of a goal. Justice? Of course not.

We’ve had many examples of such cynical or professional fouling - depending on your choice of terms - during this championship alone, yet when there’s any talk of addressing the issue what’s the response?

Immediately there’s a hue and cry from managers and others shouting ‘leave the game alone, there’s no cynical play in hurling – no need for any rule changes’. Cynicism, you see, is confined to football. And you thought Trump was the only one in denial!

Elsewhere the Liam Cahill bandwagon just rolls on and on. What a performance that was against Clare! What’s the ultimate test of any manager? Answer: his ability to get the players at his disposal to play to their absolute peak. Forget all this fancy-dandy stuff about tactics and systems and whatnot. Ultimately it comes down to a manger being able to get the very best from his players - and that’s where Cahill shines.

They now face Kilkenny where they’ll be outsiders but I wouldn’t dismiss their chances. Already Cahill’s first year in senior inter-county management has been a resounding success so there’s an element of bonus territory here.

Not that the manager will view it that way; he’ll be going for a win and anything else will be a disappointment.

The final word this week has to go to the Tipperary footballers. Conor Sweeney was elegant on-field and eloquent off it. He led the side superbly. The team’s demeanour during and after the game was exemplary. Tipperary’s football stock has soared, they’ve silverware on the cupboard and the Yearbook, currently being compiled, has a readymade cover feature. All Tipperary will applaud them.

P.S. Spare a thought for the luckless John Meagher. After an outstanding club season, he opted for hurling and had to watch both games last weekend on telly.

For more sport read The dream lives on for Tipperary footballers