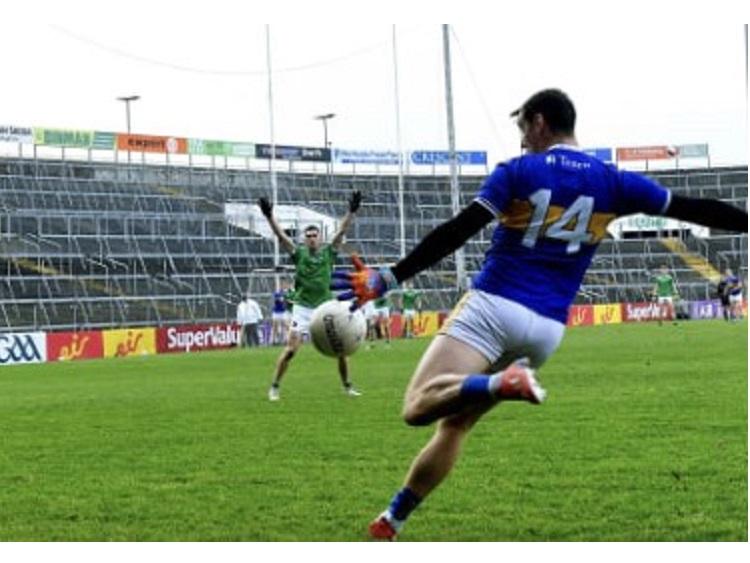 Conor Sweeney's spectacular point against Limerick in the Munster semi-final

Last week the GAA announced the top 10 Gaelic Football moments of 2020 and it is great to see Tipperary featuring very prominently in the list. At number 10 is Conor Sweeney's spectacular point against Limerick in the Munster semi-final (pictured). Limerick were on the verge of securing a second successive Munster SFC win over Tipperary, but Conor Sweeney rifled over a gorgeous point from under the Mackey Stand which took unbelievable skill and composure in a very pressurized situation. At number 7 was the Tipperary players and management at Hill 16 following All Ireland SFC semi-final. Having just lost to Mayo the Tipperary players and management very respectfully took the time to lay a wreath on Hill 16 to honor the memory of those who lost their lives in Croke Park 100 years ago. In particular the memory of Michael Hogan was foremost in everyone’s mind. At number 1 it was Tipperary’s memorable win over Cork in the Munster Final, which saw them bridge an 85 year gap as they captured the title on a very historic weekend as the players adorned the green and white jerseys which were worn by Tipperary 100 years previously on bloody Sunday 1920.