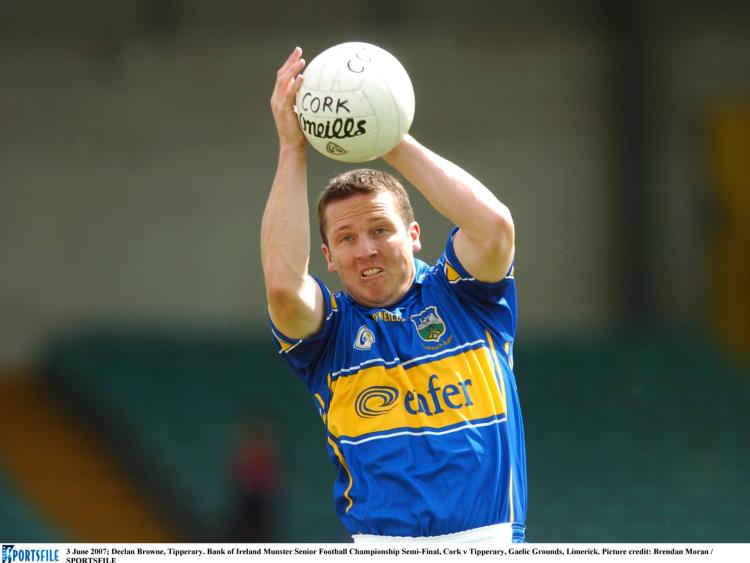 The great Declan Browne in action for Tipp

Declan Browne is probably owed a fortune by the many pharmaceutical companies operating on a global scale. Why? Because, he caused more headaches for defenders than any night out in any of the niteclubs you care to mention.

For a young Manager, he has oodles of experience and has watched more football games than most men twice his age. Perhaps that is why he commands so much respect from his players and from all of those associated with his set-up.

Power has an All-Ireland minor football title (2011), and a Munster senior football title (2020) to his name as a Manager - few in Munster outside of Kerry, and maybe Cork, can boast such a degree of success when it comes to a football strike rate.
So, when the Kilsheelan Kilcash man added the name of Declan Browne to his already high calibre backroom team, it can only be a positive move for all concerned.

Those who witnessed the Moyle Rovers man in full flow will recall with great affection how he almost single handedly won games on his own for Tipperary. They will recall his magnificent shooting with left foot and right; his brilliant sense of anticipation; his pace; his reading of the game; and his magnificent sportsmanship which, let's face it, saw him lose more games in the blue and gold jersey than he won. Yet, Declan never got ratty; never lost his sense of fair play; and always remain loyal to his native county - remember the speculation at the height of his prowess of him moving to other counties with deep pockets and big name coaches? 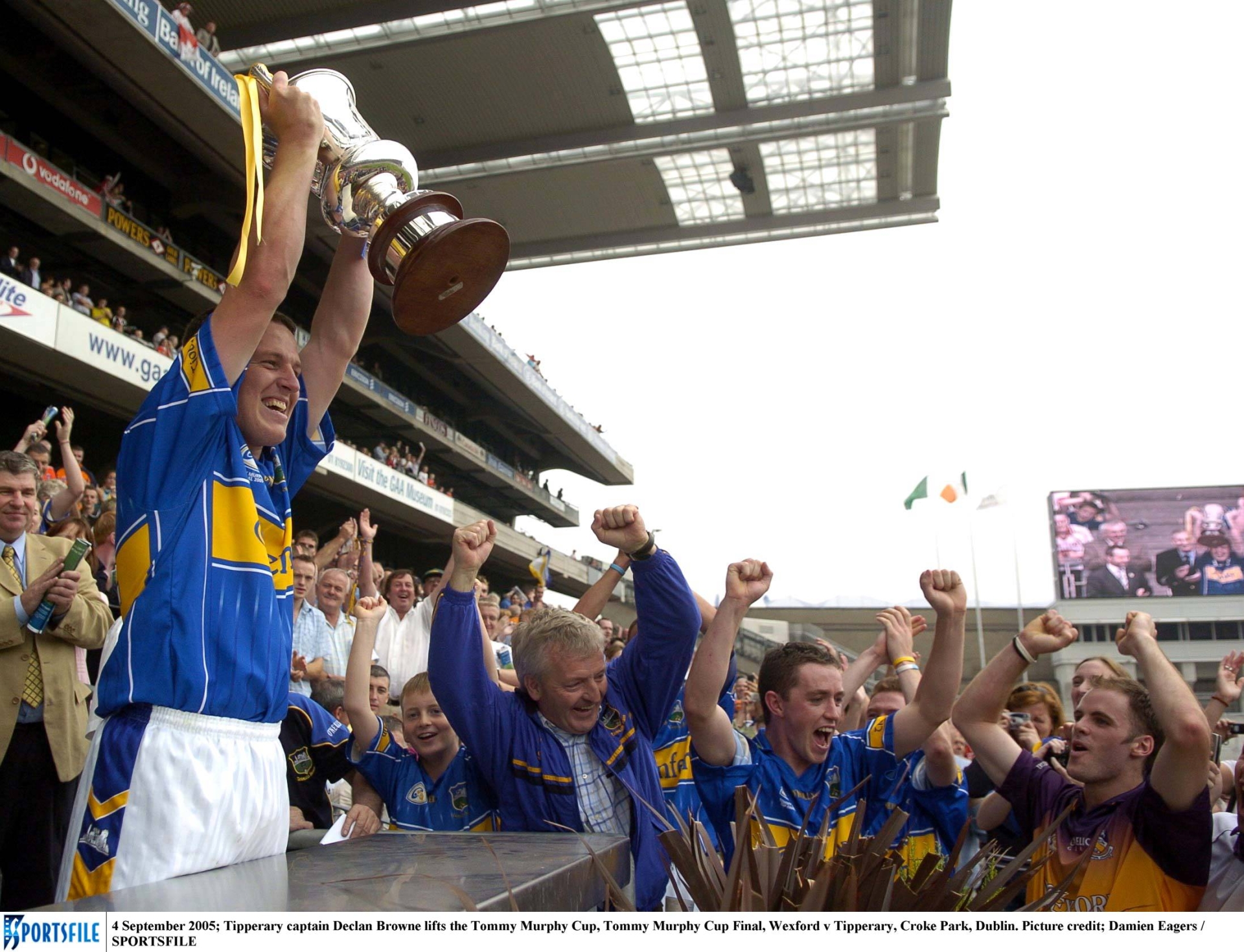 No, Declan Browne remained Tipperary true and through and despite his opportunity to play with the hurlers too at one stage - a team which had a greater opportunity of winning silverware at the time - his first loyalty was to the footballers. For this, he enjoyed the respect of everyone in Tipperary and further afield.

Declan Browne is probably owed a fortune by the many pharmaceutical companies operating on a global scale. Why? Because, he caused more headaches for defenders than any night out in any of the niteclubs you care to mention. He ran them all over the field, twisted them inside out, dummied and side-stepped with ease and played with such grace and elan as to enjoy the applause of colleague and opponent alike - I can still see one Kerry reporter getting to his feet to applaud a magnificent point Browne scored in Fitgerald Stadium, Killarney in a Munster championship game - his class was just unreal and his reputation was such that he won an All-Star award at a time when Tipp were winning little.

So, what can Declan Browne offer the Tipperary backroom team right now? Well, he will bring a vault of attacking acumen to the scene - Dublin's Paddy Christie is already there to profer defendings dark arts.

A forward sees the game very differently to a defender and Declan has the ability to articulate his experiences such that those feeding Tipperary's sharp shooters should benefit from being coached and coaxed.

So, if the suppliers of ammunition to Conor Sweeney, Michael Quinlivan , the Kennedy's and the younger brigade coming through, can offer up quality ball, how better will be Tipperary's position in 2021. Browne can make a difference - that's why Power came calling.