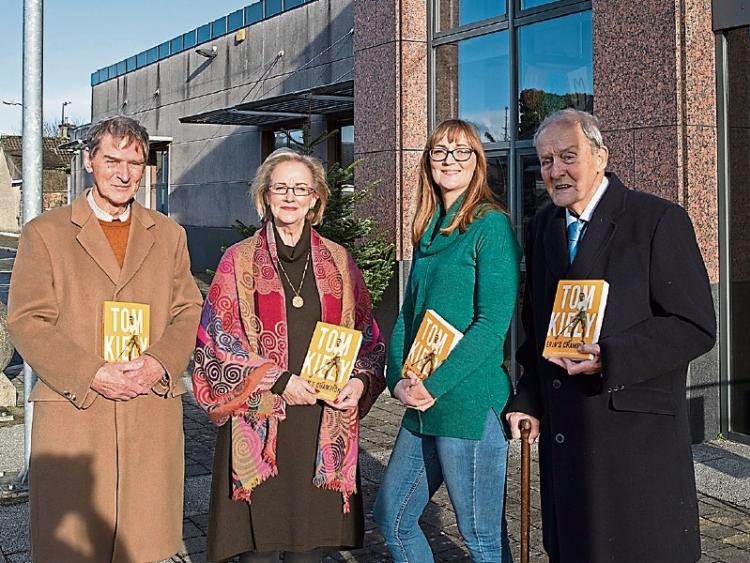 The Tipperary Museum of Hidden History in Clonmel was delighted to launch its new book project to celebrate Tom Kiely’s athletic prowess.

Tom Kiely, who will always be known as Erin’s Champion (the title of the book) has always had a special place in the hearts of the staff working at the Tipperary Museum. So when Kevin McCarthy approached the museum to support his research into the life of Kiely they jumped at the opportunity.

Tom Kiely from Ballyneale in south Tipperary was Ireland’s first sporting superstar in the era after the foundation of the GAA.

While he starred on many a Grangemockler and Tipperary football team, his greatest fame came in the world of athletics. In doing so, he was inspired by none other than Maurice Davin, from Carrick-on-Suir, the first president of the GAA.

Kiely’s sporting accomplishments went well beyond the GAA. In an era when modern sport was in its infancy, Kiely played a huge role in establishing athletics on the Irish and world stage. No one has won as many Irish titles as Kiely did, or had the range of events that he mastered.

Beyond Ireland, the popular Tipperary man was a multiple champion at Scottish and English AAA events, and most famously declared himself as representing Tipperary and Ireland when he made his own way to the St. Louis Olympics in 1904 to win the All-round championship, the forerunner of the decathlon.

That story in itself is steeped in Tipperary lore, and Kevin McCarthy’s book goes to great lengths to identify Kiely’s allies from places such as Clonmel and Bansha.

Tom Kiely was known in Tipperary until the day he died as The Champion. His fame was in international sport, but his life was lived very much in the shadows of Slievenamon and Kilcash, apart from a spell spent near Dungarvan.

For many years now, Kiely’s trophies and a host of documents and photographs from his career have been held at the Tipperary Museum of Hidden History. 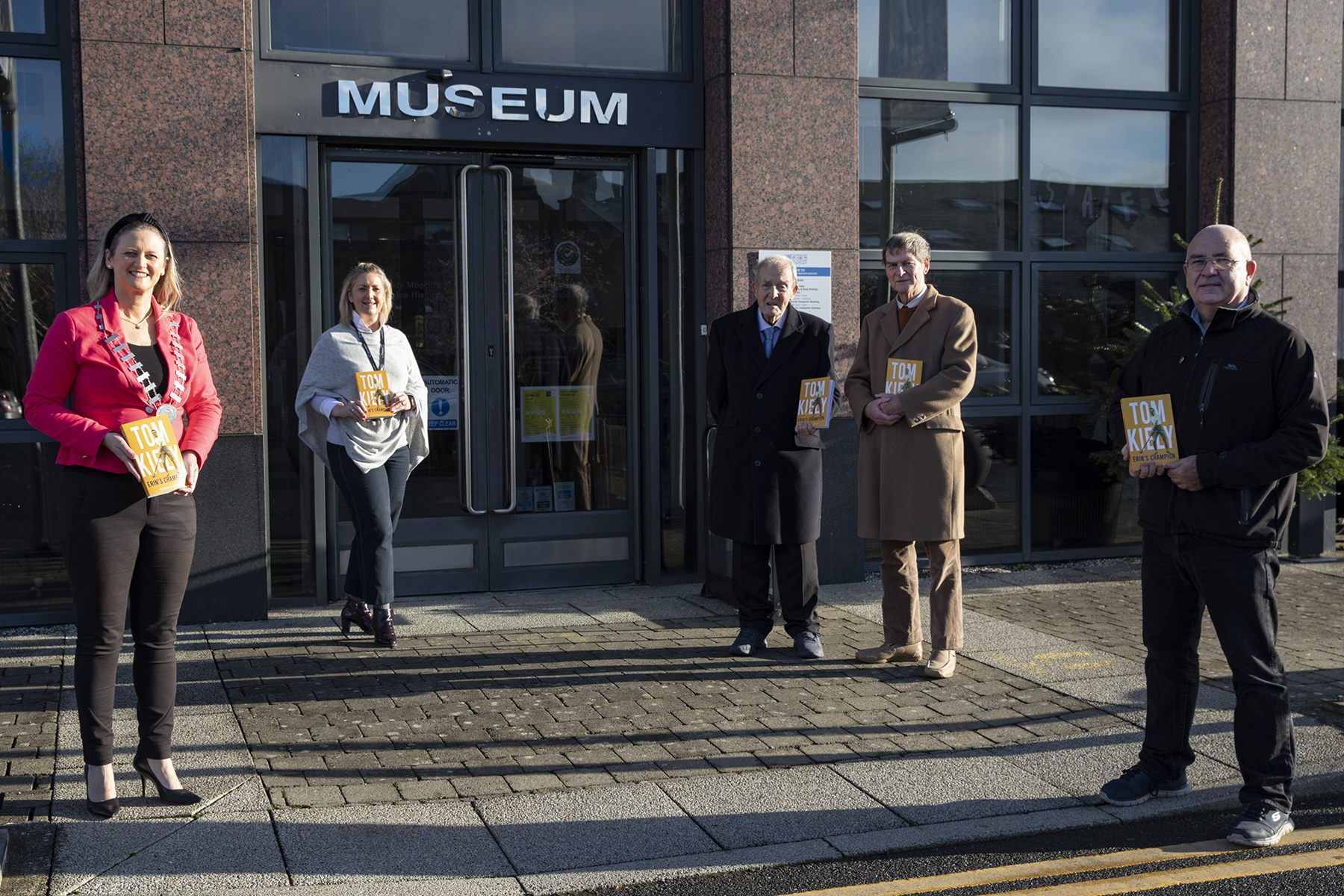 Above: Present at the launch in December of the Tom Kiely book, Erin’s Champion at the Tipperary Museum of Hidden History in Clonmel were, from left, Clonmel Mayor Siobhán Ambrose; Marie McMahon, Tipperary Museum curator; Tom Kiely, Anthony Kiely and author Kevin McCarthy

The author had access to all of this rich vein of material, as well as opportunities to consult with members of the extended Kiely clan, and trawl through American and British sources.

It tells of a fierce competitor who rose beyond the political divisions of his day, and Ireland’s lack of full independence, to become Erin’s Champion.

Dr Kevin McCarthy is a former teacher and a retired senior inspector of history with the Department of Education and Skills.

That book was selected in 2010 by the International Society of Olympic Historians as the best single-volume work on Olympic history that year.

These include the 2012 documentary about Irish-American Olympians, presented by Matt Cooper and entitled No Earthly King.

Erin’s Champion, published by Mercier Press is available to buy in Clonmel at the Tipperary Museum in Mick Delahunty Square, The Book Market in Market Place and Easons.

Signed copies may be posted throughout the world.

The book was launched at the museum last month.

Because of Covid-19 restrictions the attendance was limited to Mayor Siobhán Ambrose; author, Dr Kevin McCarthy; the Kiely family and Marie McMahon, managing curator of the Tipperary Museum.