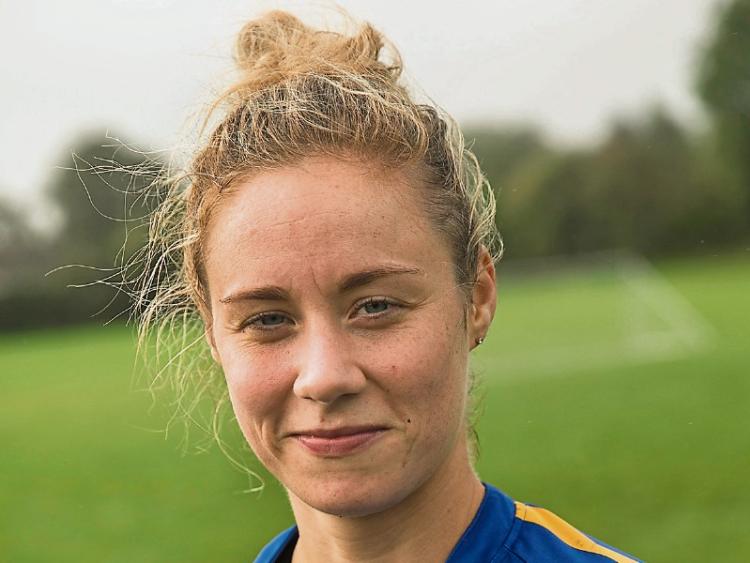 Samantha Lambert, the Tipperary senior ladies football captain, has announced her retirement from the inter-county game.

The Ardfinnan player is hanging up her boots after a glittering career that saw her captain the county team to All-Ireland intermediate glory in 2017 and again in 2019.

She admitted that calling time on her inter-county career was the hardest decision she ever had to make, but feels that the time is right to bow out.

Samantha said she had been thinking about retirement since Tipperary were beaten by Monaghan in last year's championship. She wanted to leave on her own terms and is happy and content that she is doing so, having enjoyed "the best days" of her life in the blue and gold jersey.

"I sat down with my father Paul and discussed it with him," she says.

"I trust him so much, and we both felt it was the right decision."

She says she was announcing her retirement "with a heavy heart."

"It has been an absolute privilege not only to play for Tipperary but to also captain the team for the past four years.

"It was always my dream to play football for Tipperary and sometimes dreams do come through.

"It’s been a journey that has been filled with both joy and heartache, but from that I’ve learned some key values in life - resilience, passion, determination and humility."

She was only 16 and a substitute when she had her first taste of All-Ireland success with the county in 2008 before developing into one of the team's key players, as they graduated from the intermediate ranks to senior and rose from division three to division one.

Samantha says she has received "incredible messages of support" from her teammates since announcing her retirement, and it means a lot to her that she had been such an influence on those players in her role as leader.

"The memories with the girls and the friendships made along the way mean as much as the medals won," she says.

It had been a pleasure and a privilege to captain Tipperary and the role had opened up opportunities for her.

She also revealed she had been part of the interview process in the selection of new manager Declan Carr.

"The girls mean so much and with their potential I didn't want to see them regress. There are plenty of other leaders on that team. There's plenty of youth there as well and they're in safe hands.

"Declan is a man who means business and it's very exciting for the girls as they move onto the next chapter."

Samantha is also moving onto another exciting phase in her life; she is in the process of building a house with fiancé Shane Regan, from Cahir. They are also hoping it will be third time lucky with their wedding next September, after the coronavirus twice forced the couple to postpone their plans to get married last May, and next month.

A secondary school teacher at Comeragh College in Carrick-on-Suir, Samantha will continue to line out with her club Ardfinnan.

"I owe it to give a fair bit back to the club, who have been so good to me, and give them the commitment I couldn't give before."

Samantha says she is incredibly grateful to everyone who has supported her throughout her career.

"To all my fellow players and former teammates over the last 12 years, I cannot thank you enough for the journey you have brought me on. It has been an honour to play alongside you. I have made lifelong friends and memories that I will always cherish and appreciate.

"I thank the management teams that have given me the opportunities to play over the last number of years and help develop me as a footballer. I also thank the county board, who have been supportive to myself and the team over the years.

“To my club, Ardfinnan, thank you for all your support and help you have given me to grow as a player.

"I also thank the supporters. I appreciate the long trips you made everywhere in the country to cheer myself and the team on. It means the world to me to have you standing on the sidelines at the matches and it doesn’t go unnoticed.

"Football has been very good to me and has opened so many doors and presented me with unbelievable opportunities I wouldn’t have encountered otherwise. I loved every minute of it and I consider myself extremely lucky to play for Tipperary alongside an exceptional bunch of players.

"Lastly, I wish the Tipperary ladies senior team the very best of luck for the future."

Admitting that he was "shocked" when he learned of her decision, he thanked the Ardfinnan player for her outstanding commitment to Tipperary ladies football.

"Samantha has been a fantastic captain, player and role model for Tipperary and I hope that she won’t go too far away from Tipperary ladies football.

"I also acknowledge Samantha’s role in the committee that interviewed the candidates for our newly-appointed senior manager, Declan Carr.

"I thank you very, very much for all you have done and given to Tipperary ladies football."