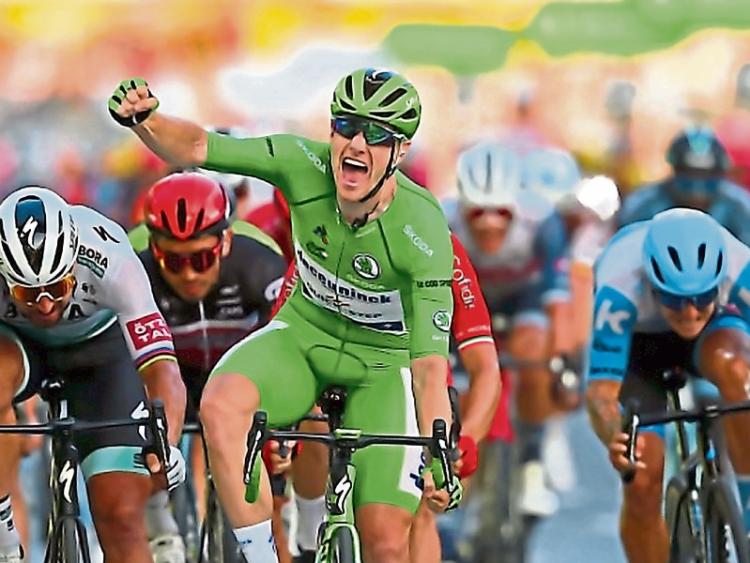 Tipperary’s Sam Bennett has been nominated for the RTE Sport 2020 Sportsperson of the Year award.

The Carrick-on-Suir rider claimed the green jersey in style at the Tour de France, winning the final stage on the Champs-Élysées, and becoming the first Irish cyclist since fellow Carrick-on-Suir man Sean Kelly in 1989 to win the famous sprinter's jersey.

The RTÉ Sport Awards 2020 will be held next Thursday night, January 28 on RTÉ One television at 10.15pm, in a show presented by Joanne Cantwell and Darragh Maloney.