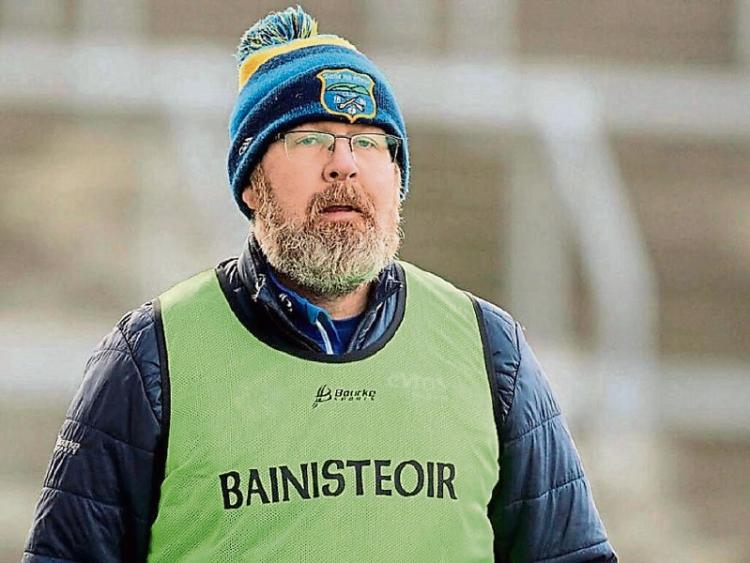 Bill Mullaney has added two highly regarded coaching personnel in Denis Kelly and Angelo Walsh to his Tipperary senior camogie management team in what he describes as a bid to “get over the line in 2021.”

2020 saw a third All-Ireland semi-final appearance in-a-row for the Tipperary senior camogie side, but unfortunately they didn’t reach the final.

Mullaney is disappointed to lose Drom-Inch’s Eddie Costello from his management team. Eddie was a key strength and conditioning and hurling coach for the last three years but is unable to commit this year and has stepped away.

On the positive side, however, the manager has set about finalising his training panel for the year and has received a great response from the players, with stalwarts Mary Ryan and Cáit Devane both available for the coming season.

The final panel is set to be announced in the coming week.

With Covid-19 still very much a part of our everyday lives and the level 5 lockdown looking to continue well into February, it is very difficult for teams in all codes to try and plan and get organised for the year ahead.

At present nobody knows when a return to Gaelic games will even be possible.

For now, Bill Mullaney is remaining positive and upbeat and looking forward to the challenge.

He recently made the decision not to manage the intermediate team this year.

For the last couple of years the Newport man has managed both sides, which had a lot of advantages, but he says the intermediate team deserves its own management team.

“We have had an excellent intermediate team for the last few years and they are a brilliant group to train, but it was just very difficult to manage 60-plus players and give everyone the time that they needed and deserved.”

Bill, along with selectors Mary Howard (Cahir), Carmel Bradshaw (Ballina) and Dinny Ferncombe (Holycross/Ballycahill) will manage the senior team only.

Former Toomevara hurler Denis Kelly, who coached the Tipperary senior camogie side previously as part of Brian Boyle's management team, is very much looking forward to the challenge ahead.

Bill was a selector then and rates Denis very highly. Denis took a few training sessions last year and was delighted when Bill asked him in on a full-time basis for the coming season as a hurling coach and selector alongside Holycross man Dinny Ferncombe.

Denis brings a wealth of coaching experience, having previously worked with his own native club Toomevara, Moyne Templetuohy and Offaly side Kinnitty.

He joins Angelo Walsh in bringing a fresh face to the setup. A qualified athletics performance coach from Borris-Ileigh, Angelo has been on Bill’s radar for a number of years.

“I have been trying to get Angelo on board for the last two or three years. He has a great reputation and is very highly regarded in Borris-Ileigh.

“He played a huge role in the improvement in the Borris-Ileigh hurlers as they captured the county and Munster titles in 2019 and reached the All-Ireland final.”

The Borris-Ileigh hurlers who brought the club on their glory run often referred to Angelo’s huge impact, and credited him with a lot of their success.

Angelo, along with the rest of the management team, will no doubt be keen to get started and look to build on the progress made in the camp in recent years.

Maggie O’Grady (Thurles) will continue to work with the group on video analysis and stats. Kellie O’Byrne (Holycross) has also committed for another year as the team physio while Kevin O’Connor (Kinnity, Offaly) will once again work as goalkeeping coach to complete an impressive setup.