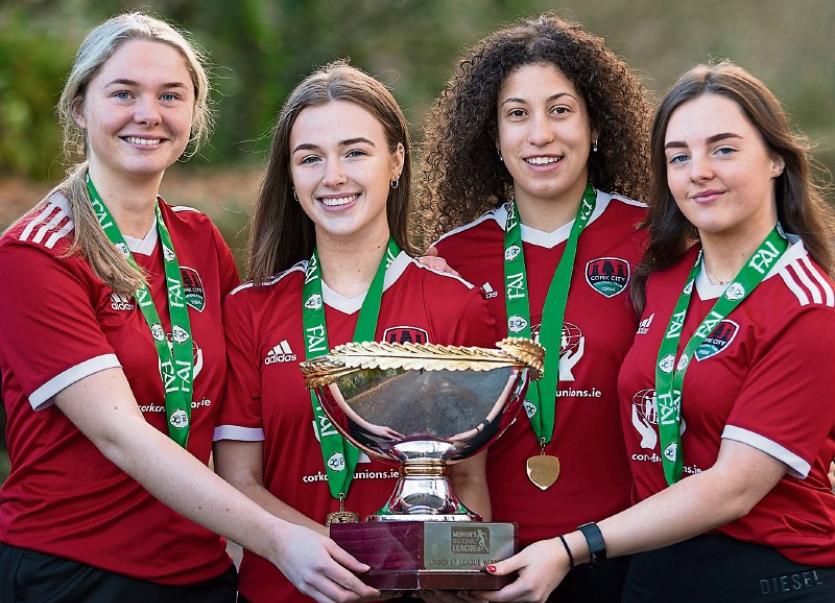 South Tipperary made a significant contribution to a historic soccer success in Cork recently.

Four players from the area were on the Cork City team that captured the U17 Women’s National League title for the first time, beating Shamrock Rovers 2-0 in the final at the Athlone Town Stadium on December 23.

Cork City lifted the cup after coming through a gruelling schedule of four matches in ten days in the restructured league that began almost a year ago, in February 2020, before being interrupted by the first wave of Covid-19.

Captain, Robin Carey said the players were “buzzing” after the win, especially as it came at the conclusion of such a long season.

In the restructured competition Cork City beat Wexford 4-3 and Peamount 3-1, before the point secured from their 1-1 draw with Shelbourne in their final group game put them through to the decider.

“We kept the faith that the league would be finished and that there were would be a final, so we pushed on,” says Robin Carey.

“Our coaches kept us going through lockdown and they gave us fitness programmes to work on,” said the Coláiste Dún Iascaigh, Cahir, Leaving Cert student.

Cork City went into the game as underdogs, especially after favourites Shamrock Rovers had beaten them 7-1 in a pre-season challenge.

However an Olivia Gibson penalty in the first half and a second goal from Laura Shine on the turnover ensured that the Cork team lifted the silverware.

Rovers, at the end of their debut season at this level, more than played their part in a highly entertaining contest and were left to regret missing a number of great goalscoring opportunities throughout the 90-plus minutes, including striking the woodwork three times.

The win was some measure of compensation for Cork City's defeat by Peamount in the FAI women's senior cup final earlier in December.