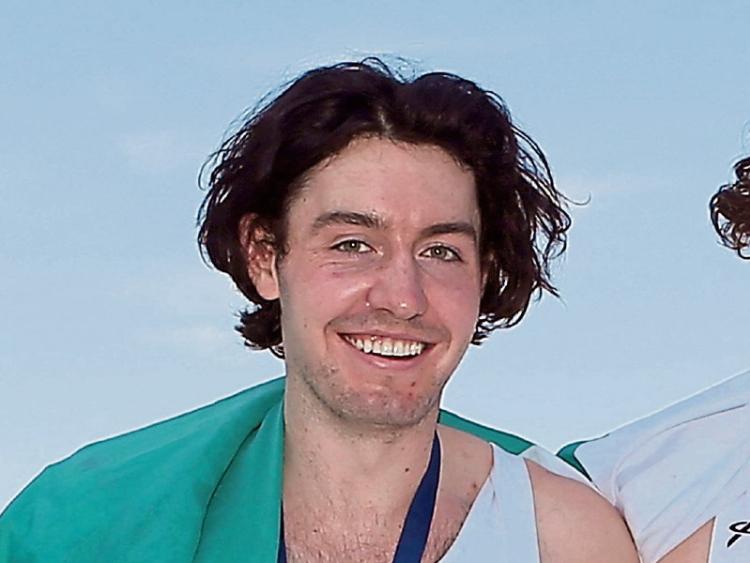 At just 22 years of age, Daire Lynch’s achievements in rowing have been numerous and noteworthy.

A national champion in several  disciplines and grades, he won two European medals in the space of a couple of months last year, teaming up with Cork’s Ronan Byrne to win gold at the European U23 championships in Duisburg, Germany at the beginning of September, a feat that the pair followed up in style by claiming the bronze medals in the men’s double sculls at the European senior rowing championships in Poznan, Poland in October.

Add in the Ivy League championship - an event that stands at the pinnacle of American colleges rowing - that he won in 2019 during his second year at Yale University in Connecticut, and Lynch could easily be forgiven for resting on his laurels.

Yet all of those titles and medals haven’t sated the Clonmel rower’s appetite for further honours, as he seeks to ensure his rowing career remains in the ascendancy by qualifying for the Olympic Games which, all going well, will get underway in Tokyo on July 23.

To try and achieve that goal, Daire Lynch is  making the enormous sacrifices demanded of elite athletes in their pursuit of success.

For the last six months he has been ensconced in a rigorous and intense training schedule at the National Rowing Centre at Inniscarra, Cork. And the break that he is currently taking from his economics studies at Yale University means that, for the next year, he is a full-time athlete.

He had continued his studies online until the end of December but has now parked them until next January, as he recovers from a rib injury and concentrates solely on rowing.

“The rib stress injury that I suffered is fairly common in rowing,” Daire explains.

“It happened about nine weeks ago, gradually over time, because of the huge increase in the volume of training. The body just wasn’t used to it and with study thrown in on top of that, it all took its toll.”

A nutritionist also told him that he needed to eat more, advising him that because of his heavy training schedule there’s no such thing as unhealthy food, and also recommended calorie drinks.

Since the injury setback he has been doing most of his training on exercise bikes, but is gradually increasing the amount of time spent on the water every day.

As the name implies, the one hundred percent weeks are the toughest. It’s not a schedule for the fainthearted,  with the rowers training seven days a week, with only Sunday evenings off.

They start at 8.15am and typically row 28 kilometres (just over 17 miles) before breaking for lunch. In the afternoon they train on rowing machines and bikes, before returning home (Daire lives in nearby Coachford) between 6.30 and 7pm.

As his recovery continues, Daire expects to be back into the routine of the one hundred percent weeks shortly. He is itching for a return to the full training schedule but acknowledges he has to be patient.

Along with Corkman Ronan Byrne and Philip Doyle from Belfast, he is competing for one of two places in the boat that will represent Ireland in the double sculls event at the Olympics.

Trials will be held towards the end of February and the start of March, and again at the end of March, when the pair to compete in the world cup and European championships in April will also be chosen.

It will be up to whoever is selected to compete at the world and European events to prove they are performing well enough to stay in the boat for the Olympics. If that’s not the case, the pair could be changed before the Irish team flies to Japan.

Whoever loses out initially will have the consolation of competing in the singles scull event at the European championships, while keeping their Olympics hopes alive.

“It’s good to have something to aim for. If it was this time last year I wouldn’t even have thought about trying to qualify for the Olympics,” says Daire.

Son of Joanna  and Niall Lynch, he returned home from the United States last March when Covid-19 struck.

“At that stage I wasn’t training that much, but then I decided to get my act together again.”

An improvement in his performances and fitness levels soon followed, much faster than he expected.

“The body adapts fairly quickly, because of all the years spent rowing and training before then, and that gets you back quicker,” he says.

The upturn in his form culminated in that double European success with Ronan Byrne. Daire was naturally delighted to win those gold and bronze medals, especially the senior bronze.

“Any medal at that level really helps with selection for the Olympics,” he explains.

As a child  he was encouraged by his mother to play Gaelic games and take up athletics. However he eventually discovered that rowing was “the only sport I actually like.”

It’s no coincidence that he has thrived as a rower since his move to the United States. He says his time in Yale has given him “a more rounded experience of rowing,” with the emphasis placed on the enjoyment of the sport as much as its competitive aspect, and where he has had the opportunity to build friendships and bonds with people.

As a career choice, he would like to work in the world of finance.

But that’s for the future. Right now, his focus and ambition is to wear the green singlet when the rowing events get underway at the Olympic Games.

As he sets his sights ever higher, Daire is grateful for the excellent grounding that Clonmel Rowing Club (which this year celebrates its 152nd anniversary) gave him in the sport.

He says that coaches Pat Kinsella and Jimmy Fennessy always gave him great encouragement. He is still in regular contact with club captain Pat Kinsella, who he says helps “keep his feet on the ground.”