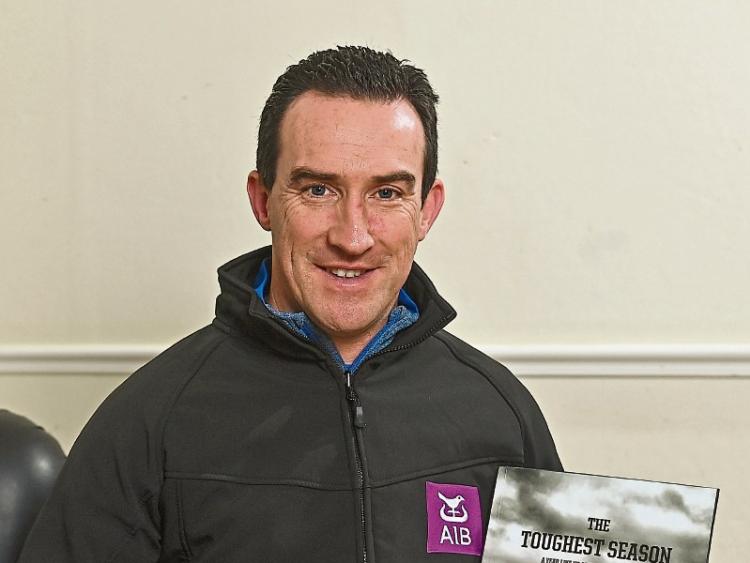 Although hailing from Dublin, the recently-appointed Tipperary U20 football manager Paddy Christie can claim a close affinity with Tipperary

The recent appointment of Paddy Christie as U20 manager was a major coup for Tipperary football, but for some of us the very name sparked memories of events that captivated the GAA community of this county half a century ago.

It’s a fascinating story - a tale of the times if you will - involving a mysterious player popping up with different clubs and leading to one famous match objection. At the height of the controversy our sister paper, the Tipperary Star, ran a headline asking, ‘Who is Paddy Christie?’  Who indeed? Now, as Con Houlihan would say, read on.

James Joyce in his masterpiece, Ulysses, left readers with a puzzle concerning “the man in the mackintosh,” whose identity has never been discovered. Incidentally if you’re one of those who has always longed to tackle Ulysses then look no further than the brilliant podcasts by the late Frank Delaney titled Re: Joyce.

Anyway, to our mystery man of half a century ago. 1969 saw the Eagle land on the moon but for the good people of Clonoulty and Rossmore there was history-making of a different kind – the club landed its first-ever county junior football title. Apart from local delight there was, perhaps, nothing sensational about that - except for the curiosity surrounding one of their county final players.

Clonoulty defeated Ballyporeen in that county final, the match played at Cashel on December 14, and if you open page 155 of the west Tipperary GAA history, you’ll see a photograph of the winners taken on the day. Look carefully.

Towards the right of the back row there’s a head protruding between John O’Shea (recent west chairman, goalie and probably youngest member of that team) and the late Jim Ryan (Hanna), team mentor.

A few places to their right Tom Gleeson, a really talented player who was later killed tragically in England, isn’t watching the camera. Instead, his head is swivelled to the left and he’s eying this stranger at the back. Talk about pictures telling a story!

The caption under the photo will inform you that the protruding head belongs to Paddy Dwyer. It became a running joke later when the late Jim Hanna was asked who this Paddy Dwyer was and in that roguish way of his he’d reply, “he’s Paddy Dwyer (Christie) from Rossmore, from up there near the White Pound.”

Fast forward then two years later to 1971 and Lorrha defeat Moyne/Templetuohy (then senior hurling champions) in the county junior football final. It was another first. But again, as befits the culture of the time, there was a background story.

Moyne objected to the result, questioning the legality of a player on the Lorrha team. Seamus King, in his history of the Lorrha/Dorrha club explains the outcome: “the appeals committee dismissed Moyne/Templetuohy’s claim for lack of proof and an appeal to the Munster Council was ruled out of order because the cheque lodged with the appeal was not signed in Irish.” The latter will sound puzzling to younger generations but not if you’ve been around a while.

There followed some lively debate at the mid board, where there were claims that Moyne were unfairly treated in the whole affair.

For Tipperary officialdom this was a messy, complicated affair because Lorrha had two players – Liam King and Noel Lane – on the county hurling panel, so the consequences could have been serious. If a team was deemed illegal then the entire side, plus club officers, could be suspended. Hence a background desire that this issue would simply vanish into the ether.

And eventually it did, ending with that failed appeal to Munster Council – though the legend lives on.

Ballyporeen were apparently unaware of the mysterious Paddy Dwyer who played against them in ’69, but Moyne were better informed. Apparently one of the Moyne players knew the visiting footballer from his time in Dublin.

Fifty years later and we can now reveal the facts as an amusing episode from history. The much-travelled, ubiquitous Paddy Christie senior won junior medals with Clonoulty and Lorrha. He was Paddy Dwyer in Clonoulty, he was Michael Comer in Lorrha.

I’m not sure if Moyne were aware but there was also a second “guest” from Dublin on that Lorrha team. Brendan Pocock was a noted St Vincent’s and Dublin footballer of the seventies, who assumed a local name and played as J.J. Kennedy for Lorrha – how dare he!

If you think those were strange occurrences in the GAA then your knowledge of the Association is lacking. Twisting the rules and trying to get one up on opponents was part of the culture - and mobile players were far from rare.

At least Lorrha can cite some links to the visiting “guests”: Paddy Christie married a local woman (nee Sherlock) and Brendan Pocock’s mother (nee Kennedy) was also a Lorrha native. Clonoulty had no such ties.

So, when Tipperary’s U20 football manager claims a close affinity to this county he’s speaking true. His Tipp roots run deep, not just in Lorrha, the maternal homeland, but on the uplands of Rossmore where the legend of Paddy Dwyer lives on.

Meanwhile, back to current events as we hit mid-February with no sign of a return to action for either club or county. The decision last week to effectively downgrade inter-county games from their elite status has generated much comment – and annoyance - and left the GAA world wondering about the longer-term consequences.

Given the shifting sands of this pandemic it’s difficult to be definite about anything, so I guess uncertainty has to be the default position for the forseeable future. It’s a developing, evolving narrative where nobody has a crystal ball and you take it week by week.

Removing inter-county games from the elite bracket was always going to grate with GAA folk. Of course, it’s a nonsense to suggest that League of Ireland soccer is elite and GAA somehow isn’t, but there’s surely something more at play here. The GAA at official level has been relatively silent on this, which in itself is revealing.

The suspicion is that Croke Park is quite happy with the delayed resumption of activity. The financial implications here are huge, so an even more pared-back inter-county season would help the coffers. Given the debt accumulated last year that’s a major consideration.

So, when will Liam Sheedy and company be able to get back into action? If collective training isn’t allowed commence until Easter (April 4 is Easter Sunday) then games won’t resume until early May.

The original plan would have seen the league final on May 10/11, with the All-Ireland final two months later. Clearly that timeframe is now gone, with everything pushed back at least a month to six weeks.

Does this raise the issue of abandoning the leagues entirely and going straight to the championships? Is that feasible, or fair, to teams and their preparations? Where does the club fit in? Will there be a change of mind, with the clubs going first and the inter-county held back for the autumn, like last year, with the possibility this time of some level of spectator involvement?

There are questions galore but very few answers at the moment. I suspect county-first is still the preferred option in the split -season strategy but plans may have to be adjusted now, given time constraints. The only certainty is that major decisions will have to be made in the weeks ahead.

Last year the inter-county season was impeccably organised, with stringent procedures and protocols in place. There was annoyance at times with some of the rules but in general they were rigidly implemented and there was no indication of the games having an adverse impact on Covid numbers.

Indeed, the impact of the games on the public at large was entirely positive. Since we know then from past experience that the inter-county games can be safely run off there’s surely no reason why they can’t commence earlier than May.

The club situation is different. We have to be honest here and acknowledge that rules and regulations were regularly breached in 2020. County final celebrations were highlighted in the media but these weren’t the biggest culprits. Running fixtures at local country venues proved impossible to police with, in some cases, huge numbers gaining access and little evidence of social distancing.

We’d all love to see the club games back on the agenda again but on last year’s evidence it might be wiser to hold them until later in the year when, hopefully, the vaccine roll-out will be having an effect and Covid numbers are very low. For the moment we can only play a waiting game.

P.S. I had intended writing an entirely different column this week but got sidetracked by Paddy Dwyer. Next week I hope to take a look at some of the local columnists who’ve been part of the GAA story for decades.

P.P.S. Tipperary Supporters Club membership for 2021 is open and supporters are invited to join online now at www.tippsupportersclub.com/join by credit card or debit/laser card.

You can also pay by credit card over the phone by calling Jim Reidy, membership officer, on 086-3580718. Membership is €40 per person.