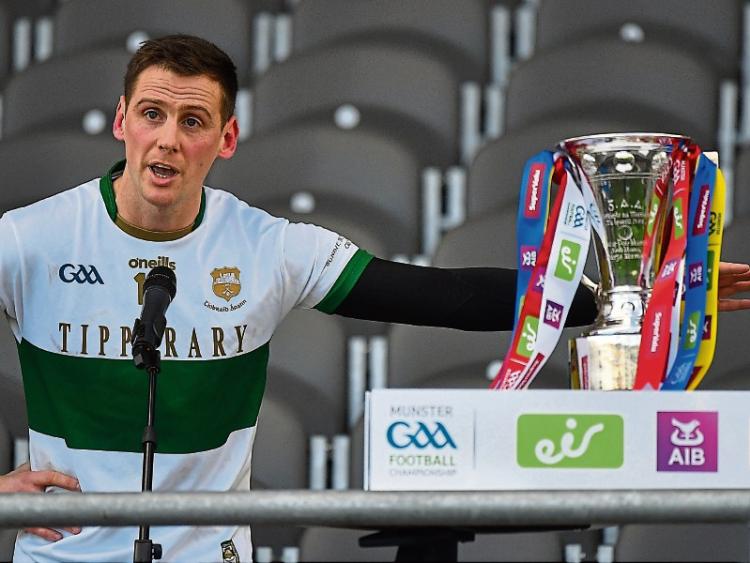 You-know-what has pressed the pause button on many people’s lives for almost a year now. But not Conor Sweeney’s.

Last October he led the Tipperary team into a battle for survival in division three of the resumed National Football League.

His first half penalty proved the difference when they beat Offaly at Semple Stadium in their first game in seven months and they ensured that they avoided the drop into the basement division by following up with another win a week later, this time over Leitrim in Carrick-on-Shannon.

That mission duly accomplished, it was quickly onto the Munster championship, a campaign that began with victories over Clare and Limerick and culminated with a final appearance against  Cork at Páirc Uí Chaoimh.

The rest, as they say, is history, with Sweeney captaining the side to a first provincial success in 85 years, just a day after the 100th anniversary of Bloody Sunday. It was perfect symmetry between past and present to provide one of the sports stories of this or any other year.

Off the field, the Ballyporeen player enjoyed another momentous occasion just after Christmas, when he married fiancé Shauna Hill.

And he’s still making headlines. Last week, he became only the third Tipperary footballer to win an All-Star award, as he followed in the footsteps of Declan Browne (1998 and 2003) and Michael Quinlivan (2016).

It has been a whirlwind few months for Conor, culminating in that coveted All-Star. It’s an honour that’s fully merited and not merely a token award for the county after it rewrote the history books last year.

“I knew I was in with a good chance, these things can be predictable in some ways,” he stated.

“But you just don’t know. There are a couple of lads who would feel hard done by but that’s the way it goes. I’m lucky I got the nod.

“It tops off a fantastic year, it’s great for football in the county and hopefully we can build on it.

“It’s massive for everybody involved, especially my club and family, and I’m delighted with it.

“I would like to have seen a few more Tipp lads recognised (his team mates Kevin Fahey, Bill Maher and Colin O'Riordan were also nominated).”

Playing in his eleventh consecutive senior championship, he was one of the standout performers of the team that blazed a trail through the province.

The full forward scored a total of 1-18 (1-9 from play) in their three matches, as well as winning the man of the match award in the Munster final after he scored seven points, including five from play. 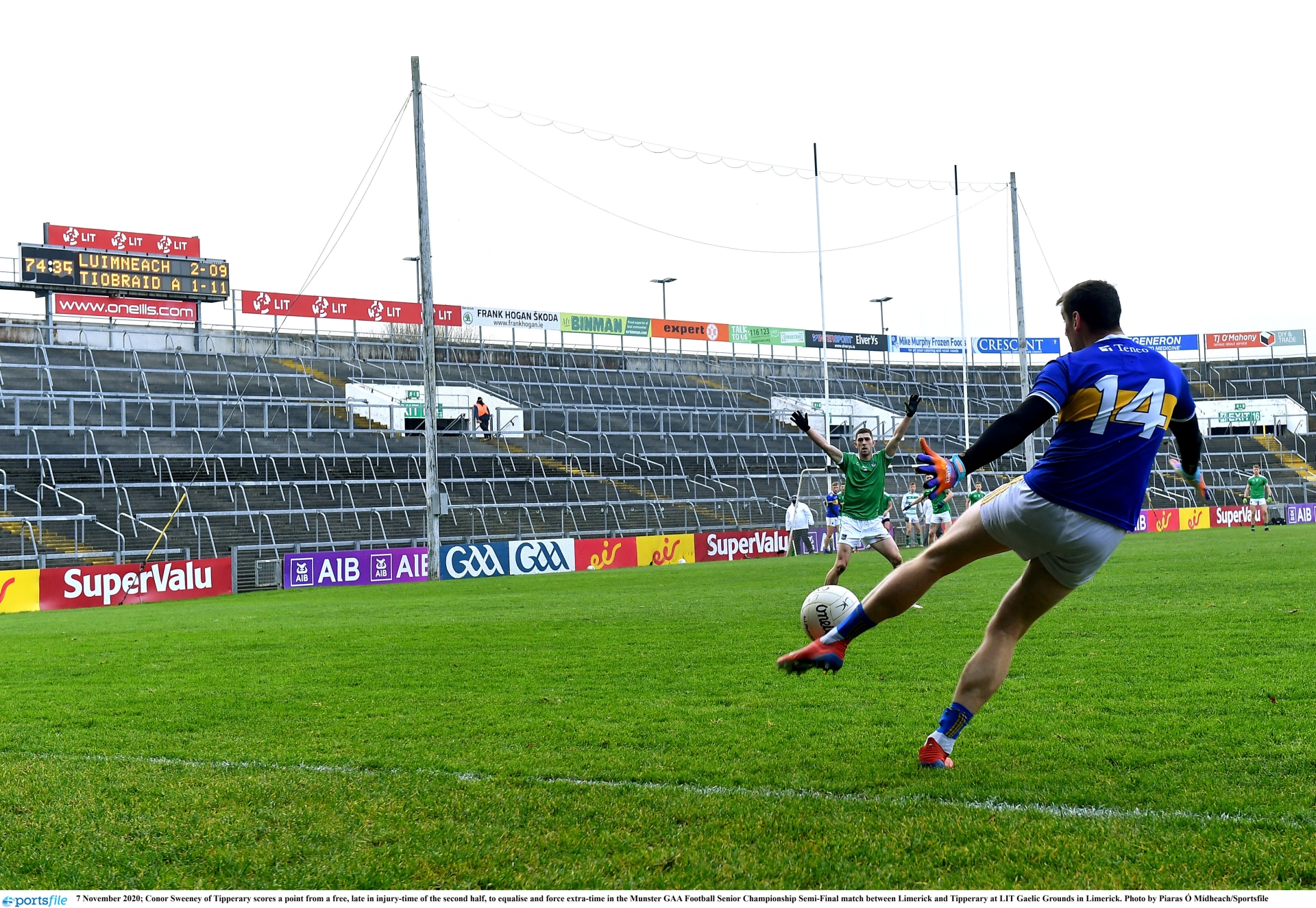 And who could forget that superb 30 metres free from the sideline that sent a close, tense Munster semi-final against Limerick to extra-time (pictured above).

He also chipped in with 1-9 (0-8 from frees) in the All-Ireland semi-final defeat by Mayo on a day of despair and high emotion at GAA headquarters.

Following the 13-points defeat he led the team to Hill 16, where they laid a wreath close to the spot where Tipperary player Michael Hogan had been shot dead 100 years previously.

It was a moment that the Tipperary captain has described as an honour and privilege.

He says that the league and championship campaigns, as well as preparing for his wedding, “kept us occupied during tough times and was a great end to the year.”

Conor Sweeney and Tipperary have an immediate target for when lockdown eases and competition finally resumes.

“We need to get out of division three if at all possible.

“That is the target, hopefully the league will go ahead. We need to improve collectively and keep setting the high standards we have set for the last few years.

“We’ve created a good culture and hopefully that can improve.”

Conor, who turns 31 next month, isn’t sure that year’s Munster championship will change the positions of the counties involved, as thoughts turn towards the coming season.

“Kerry will be favourites again and they’ll have the bit between their teeth, especially after the way they were beaten by Cork last year.

“We’re going in as champions and we just have to deal with that. It’s a challenge we’re looking forward to,” he says.

A secondary school teacher at the Abbey CBS in Tipperary Town, Conor is also preparing for another challenge, as he gets ready for a return to the classroom.

“Staff and students alike are looking forward to getting back to a bit of normality,” he says.