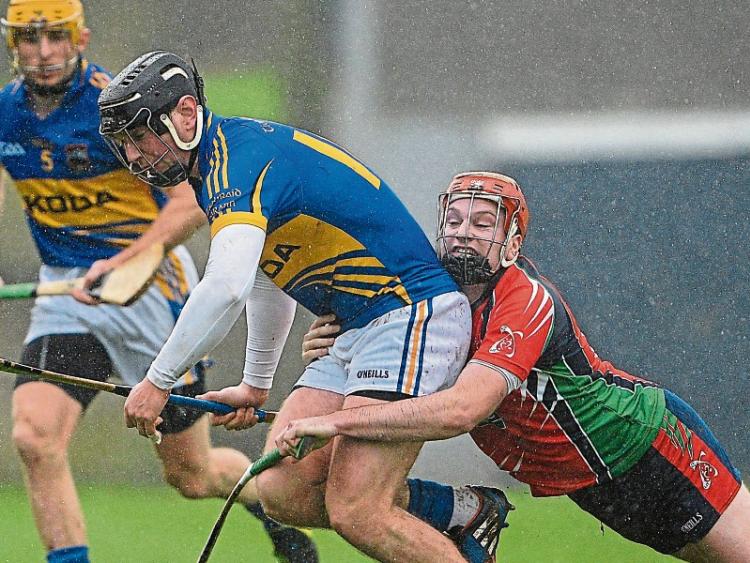 No games means it’s a challenging time for GAA columnists, who are deprived of their weekly menu of matches from which to draw commentary. In the absence of this staple diet of games the scribe has to search elsewhere for material.

It’s a scenario that has set me thinking about the many columnists who have contributed to our local papers over the decades. Times and technology have changed but somehow the pseudonymous columnist still seems to hold his niche in the overall scheme of things.

I suppose the most famous of all pseudonyms in the GAA world was that of Carbery. PD Mehigan was the Cork man behind the name; he initially wrote for the Cork Examiner. For many GAA folk he’s remembered fondly for the Carbery Annuals, which ran from 1939 until his death in the mid-sixties.

These were essential reading for GAA followers each year in a simpler age when there was no TV or internet and published material generally was sparse.

My entry into this world of GAA commentary began in 1980 when my predecessor on these pages passed away suddenly. Bill O’Donnell attended the county convention at Rockwell College on January 27 and that night died unexpectedly.

An All-Ireland winner with Tipperary in 1937, Bill for many years wrote as Divot in The Nationalist. The pen name came from his other great passion, golf. All golfers will be familiar with the urging to replace all divots. My counterpart in the Tipperary Star, John O’Grady, with a side glance in my direction used to often refer to Bill as the irreplaceable Divot.

Hugely popular, his columns ranged over all GAA affairs from local club games to schools matches and inter-county fare. The style, like the man himself, was very mild-mannered. If there was ever criticism it was of the gentlest variety.

At the time of his death Bill was also West Tipperary PRO, a position I inherited on the urging of the late Jimmy Hennessy. The Westside story gradually evolved over the eighties.

Initially I was doing occasional pieces and it was The Nationalist sports editor, the late Ted Dillon, who introduced the pseudonym. Later the occasional pieces became weekly contributions on the insistence of Michael Heverin.

Alongside Divot in The Nationalist for a period of about ten years was another west columnist who operated under the name Araside. The man behind the byline this time was the late Sean Toomey, father of Tommy Toomey who’s well known and regarded for his work with Tipperary football, especially in the areas of match analysis and statistics.

Sean Toomey played wing back on Tipperary’s All-Ireland winning minor hurling side of 1947. That was a team that had John O’Grady in goal and John Doyle on the full back line.

One of Sean Toomey’s big regrets, according to his son Tommy, was that he sustained a head injury in the minor final win over Galway and spent the night in hospital, thereby missing the after-match celebrations.

I can recall Araside at west Tipp games, a sprightly, slim-built man who, like Divot, was also a noted referee. The writing style, however, was very different to Divot. There was more of an edge to Araside; if something untoward happened – as it often did back those years – he was less likely to go gently over events.  In that regard I would have a greater affinity with him.

There were many other fine contributors to The Nationalist too over the years, so this is anything but a complete survey. When you research the files of the paper the name Michael O’Meara is very evident. To my knowledge he didn’t employ a pen name, other than MOM at times, but his contribution was huge.

I wasn’t aware until recently that he began his working life with The Nationalist, though on reflection I should have recognised the journalistic side to the man. He was never one to court controversy, instead just doing the job diligently and conscientiously.

He’s left a major mark on the GAA landscape and I was saddened to hear that he’s been unwell now for some months. We can only wish him better health, a sentiment that will be shared by all for such a popular administrator and GAA allrounder.

There’s no doubt the standout columnist from our sister paper, the Tipperary Star, was John O’Grady, writing for many decades under the pen name Culbaire, a throwback to his playing career as an All-Ireland winning goalie in 1958. Hard -hitting and outspoken, his was a column that was widely read and either admired or despised, depending on your perspective.

His sheer word wizardry was always a feature that appealed to me, so I was a fan of the column ever before I started contributing to The Nationalist.

It’s surely fair to say that Johnno, as he’s known, rattled many a cage over the years. In a sense controversy was his stock in trade but he was also an excellent analyst of the game, one never afraid to call things as he saw them.

I got to know Culbaire over the years, as we sometimes had a shared position on issues and other times were in opposite corners. Ill health forced him to retire some years ago and he recently celebrated his 90th birthday. May he have many more to come.

Culbaire began in the early sixties when he took over from Wintergreen, who was a Star columnist for several decades before that. The man behind Wintergreen was Sean Murray, about whom I know little enough.

Apparently, his father was from Cappoquin and his mother from Killenaule, where the family settled. He was a primary teacher who taught in Ballynonty. Hurling and athletics were his twin passions.

Culbaire tells a famous story about Wintergreen, one which I have referenced in the past without giving the specifics. Back in 1945 Tipperary played Dublin in the All-Ireland minor final and they were the hottest of favourites going into the match. So hot in fact that Wintergreen predicted in advance that Dublin would have the privilege of losing to the greatest minor side ever to leave Tipperary.

Embarrassingly, Dublin pulled off a major shock. The story is told of a family in Boherlahan switching on the radio to hear commentary on the senior final and being gobsmacked to hear Michael O’Hehir announce the minor result. So gobsmacked in fact that they sent a youngster down the road to the neighbours to find out if their radio had the same news.

That Wintergreen story is no different to Pat Spillane last year telling Cork that they hadn’t a prayer against Kerry. The moral of the tale is beware of presumption. Wintergreen deserves better than simply being remembered for that lapse. His columns were highly regarded; Seamus King quoted him freely in his county history.

Mention of the Star has to reference Br Joe Perkins, whose Tales of the Gaels were a regular feature for many years in that paper. A mixture of poetry and praise, his pieces had a wide audience and have found their way into many club histories, as he glorified local achievements. They were a bit too misty-eyed for me, but everyone to their own tastes.

Up in the northern section of the county the Nenagh Guardian has also had its columnists of note over the years, though it’s a paper I’m less familiar with.

Back in the 1970s the late Gerry Slevin wrote as Poc Saor. He then moved to the Clare Champion before returning as editor of the Guardian in the late eighties. He was a man I admired and became friendly with over the years in press boxes and was really saddened by his passing in 2011.

For a time in the 1980s the Guardian carried a well-regarded column under the name An Sliotar. I’m told Liam Doran was the man behind the byline, with some background assistance from Seamus O’Doherty.

These days the Guardian has a column called Killinan End but the anonymity of the scribe is being protected.

It can be a strange business writing a weekly column. Sometimes a topic takes on a life of its own and raises a hare or two that you least expected. Last week my piece on the nomadic Paddy Christie began as a curiosity item but then morphed into something bigger, as I chased the trail from Clonoulty to Lorrha.

I suppose it is a great story, which explains the huge reaction it got. Well, as a follow-up or footnote if you will, there’s even more intrigue from the Lorrha side of events. It just gets curiouser and curiouser, if I may borrow from Lewis Carroll.

As revealed last week Paddy Christie and Brendan Pocock, Dublin footballer of the seventies, played on that 1971 Lorrha junior football side. But, it seems, they weren’t the only “guests.” Playing beside them was another Dub, the father of hurler Joey Boland. And here’s the most intriguing one of the lot: also on the team was Cyril Farrell.

The former Galway hurling manager was a footballer of note who played U21 for his county and also played League of Ireland soccer with Home Farm, again under an assumed name in the era of the ban.

The one thing all the above had in common was some marital or family relationship with the parish of Lorrha and Dorrha – Cyril Farrell’s mother (nee Ryan) was from the area. Nobody exploited connections better than the north Tipp club.

As to the aliases used there was some debate but there seems to be agreement now on the following: Christie played as J. Bourke, Farrell as J. Comer, Boland as S. Laverty and Pocock as J. J. Kennedy.

Finally, Congress will this week consider a motion to curb cynical fouling. The aim is right, though I have doubts about the specifics of the wording. And, of course, the elephant in the room, the handpass/throw is again ignored. Material for next week.