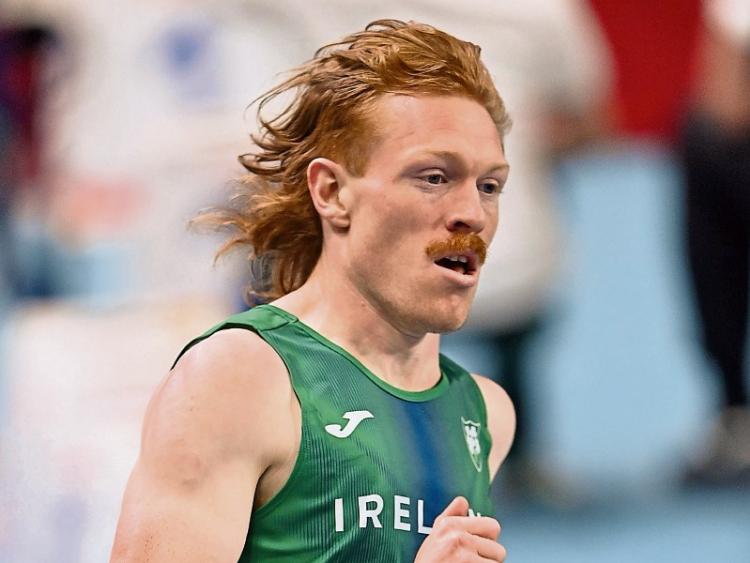 Sean Tobin in action during the European Indoor Athletics championships in Torun, Poland

There was disappointment for Sean Tobin in this afternoon's 3,000 metres final at the European Indoor Athletics championships in Torun, Poland.

The Clonmel man finished in eleventh place in a final won by Norwegian star Jakob Ingebrigsen, who completed the double after he also claimed the 1,500 metres gold medal.

The slow pace in the early stages of the race didn't suit Tobin, and his finishing time of 7.58.11 was almost 11 seconds slower than the time he clocked in the heat.

However the Clonmel athlete can look back with some satisfaction on reaching the final. And despite this setback, he has consistently been a great ambassador for his club, town, country and family throughout his career, and can look forward to better days.

Sean secured his place in the final with a fine performance in his heat yesterday.

He was in contention from the gun and a fastest qualifier spot was his reward.  He ran the fifth fastest time of all those qualifying for the final.

The 7.47.71 performance was also a new personal best for Tobin and ranks as the sixth fastest-ever indoor 3000 metres by an Irishman.

The time was fast enough to have won the other two heats.